Shi said she is returning to UCLA in the fall to pursue a master’s degree in computer science, hoping to make up for missing nearly two years of in-person instruction because of the pandemic.

“I’m just excited to be in school again,” she said.

Shi sits on the steps outside Engineering VI.

Shi said her desire to attend graduate school stems from her experiences as a learning assistant, teaching students in the same introductory computer science courses that she once took.

Shi said she looks forward to being able to help undergraduate students who are potentially struggling in their computer science classes as a teaching assistant next year.

“I’m excited to be a TA,” Shi said. “Since I did my undergrad here as well, I feel like I can relate more to those experiences.”

Shi admits she is still working to follow her own advice as she enters graduate school.

Alumnus Alisha Hardas poses in front of flowers in a courtyard outside the Fielding School of Public Health.

After graduating from UCLA in winter, Hardas decided to pursue a two-year master’s of public health program with a focus on epidemiology at the School of Public Health.

Hardas said she returned to UCLA for her graduate degree because its public health program is one of the most cutting edge in the nation.

“They have a lot of really great connections to private and government organizations,” Hardas said. “I wanted to take advantage of that and use the opportunities here to further my career.”

Hardas said her goal with her master’s degree is to research infectious disease control in hopes of working in a lab or field research for a government or private organization.

“I realized I wanted to find a different way to help people that wasn’t necessarily medicine,” Hardas said. “I’ve always had an inclination towards research, and I think a master’s such as public health would give me a lot of foundational knowledge on social interaction and external factors influencing community health.”

Hardas said coming back to UCLA as a double Bruin is a giant accomplishment for her, but not just for the prestige the name holds.

“It’s also not as much as the prestige of the name but the connections it opens up into the career world that knowing once I leave UCLA, everything is going to be OK,” Hardas said.

Looking back on her undergraduate career, Hardas said she wishes she could have told her freshman self exactly that.

“When we come in as freshmen, … every single thing you’re struggling with academically really makes you feel like a failure, which is not the truth at all. It’s all part of the experience. And you put all those experiences together, and you get to the end, and you look back, and it all makes sense,” Hardas said.

Lucia Lee, a UCLA alumnus and current researcher at Stanford University School of Medicine, smiles during a Zoom photoshoot.

“As a woman of color in STEM, there are a lot of obstacles that we have to face, unfortunately, in the STEM field, and I was really surprised to see … so many different people from so many different underrepresented minorities and backgrounds in my program. And just hearing about how supportive the UCLA community was … was just really heartwarming,” Lee said.

Lee said that with a doctorate from the molecular, cellular and integrative physiology program, she hopes to become an advocate for improving human health while becoming a good scientist. Lee said she aims to accomplish her goals by taking what she learned during her undergraduate time and applying it to her doctorate program.

“The piece of advice I would give to my younger self is to not be afraid of exploring,” Lee said. “There’s like a lot of things that I definitely wished I did or started earlier when I was in my undergrad, but I would say, … looking back, it was the most transformative time of my life.”

Lee said she is proud to be able to come back as a Bruin.

Kwok said that while she was an undergraduate at UCLA, a class on food and sustainability changed her perspective on how to approach the world.

“It ended up being a class that really changed my life because it showed me a lot about sustainability that I’d never known before,” Kwok said.

Kwok added that she loves how she can overlap multiple interests into her own field of study.

“When I was a little girl, I flip-flopped between wanting to be a scientist or a teacher, but now, ultimately what I aspire to be is an environmental engineering professor (or) PI researcher,” Kwok said.

Kwok stands in front of the Shapiro Fountain.

She said her advisor not only helped bring her to graduate school but is also helping guide her throughout the entire experience.

“My advisor is like a mother figure,” Kwok said. “She’s very sweet, very caring and nurturing, and I didn’t want to pass up the opportunity to continue working with her.”

Grollman is returning to UCLA for a master’s degree in public health, specializing in epidemiology.

Grollman said he hopes to learn more hands-on technical skills and build connections with faculty and students through the two-year program at the School of Public Health.

“UCLA is a top institution,” Grollman said. “Being able to continue the research that I’m already doing are some of the many reasons why I ended up picking UCLA for my master’s.”

Grollman poses with his sash in front of the SAC.

Grollman said his undergraduate experience taught him to continue to build connections as he continues his professional career.

“Graduate school is … building connections between … faculty members and … other people, … whether it be the friends I meet in classes or the professors I meet in the classes I take,” Grollman said. He added that the desire for those interactions led him to the School of Public Health. 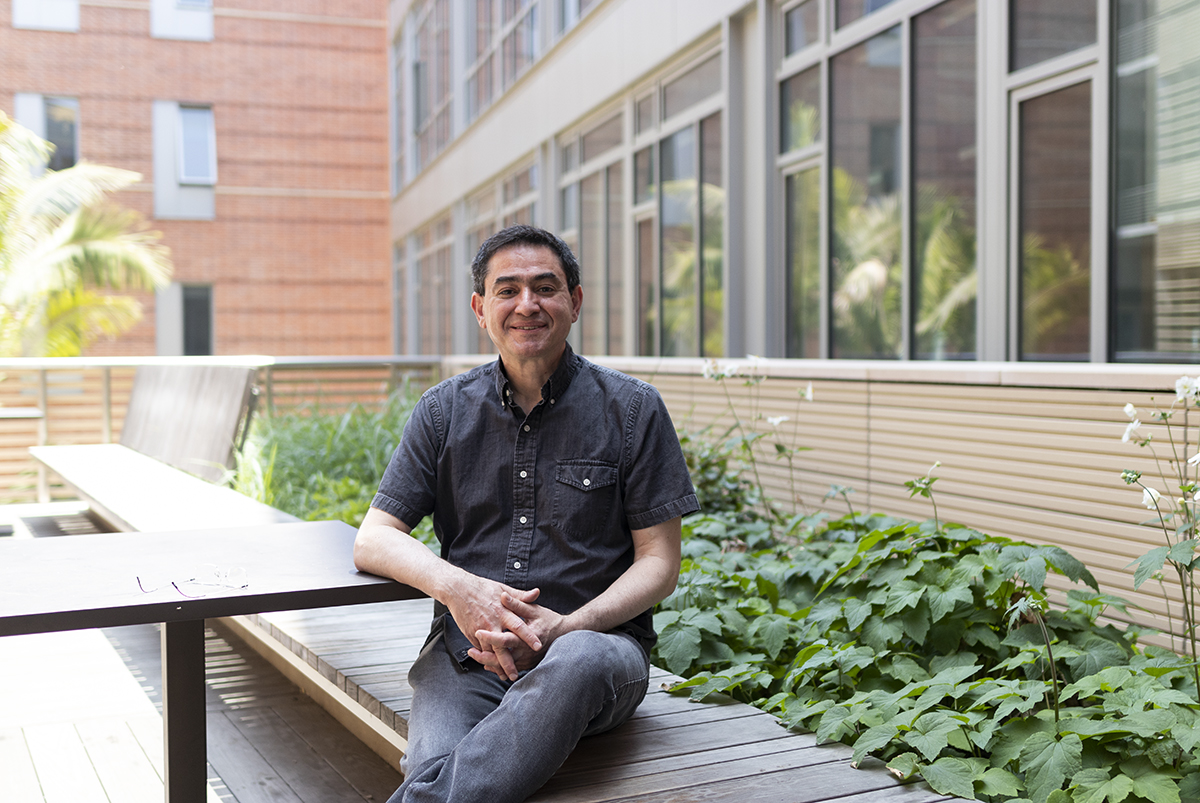 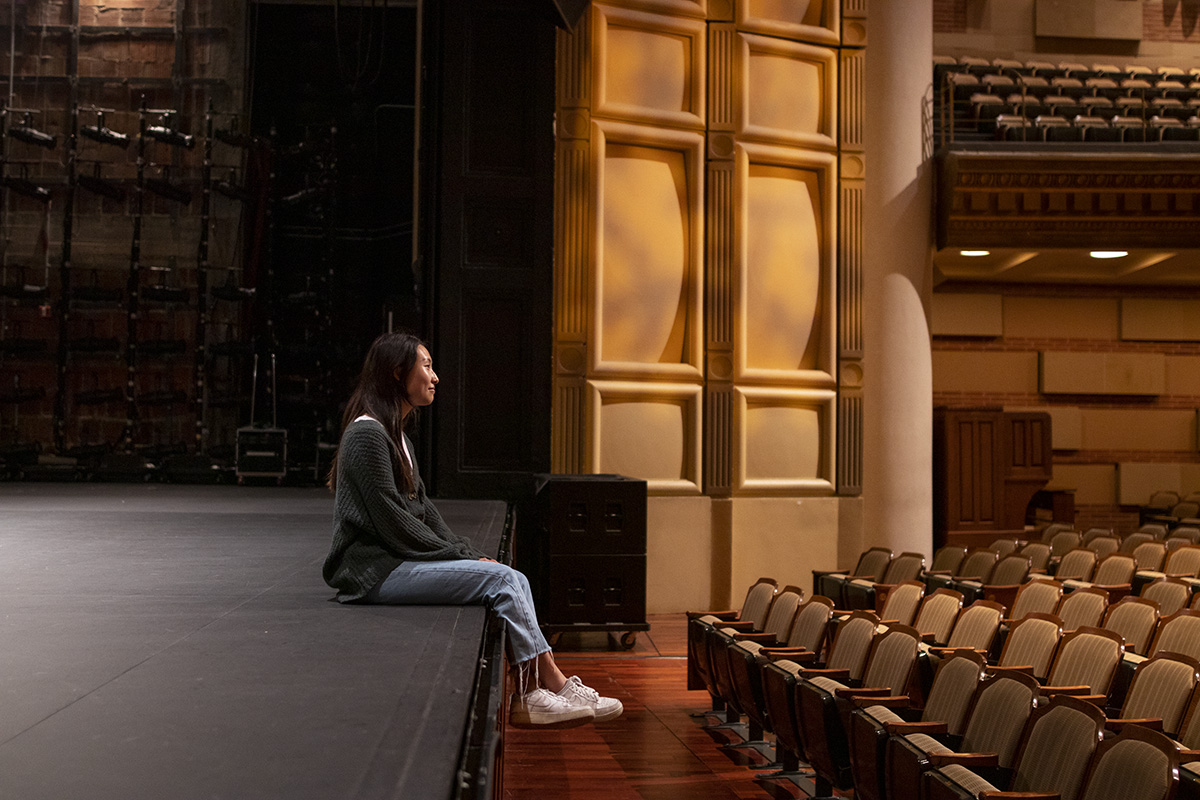 Gallery: Graduating seniors reflect on their favorite memories at UCLA 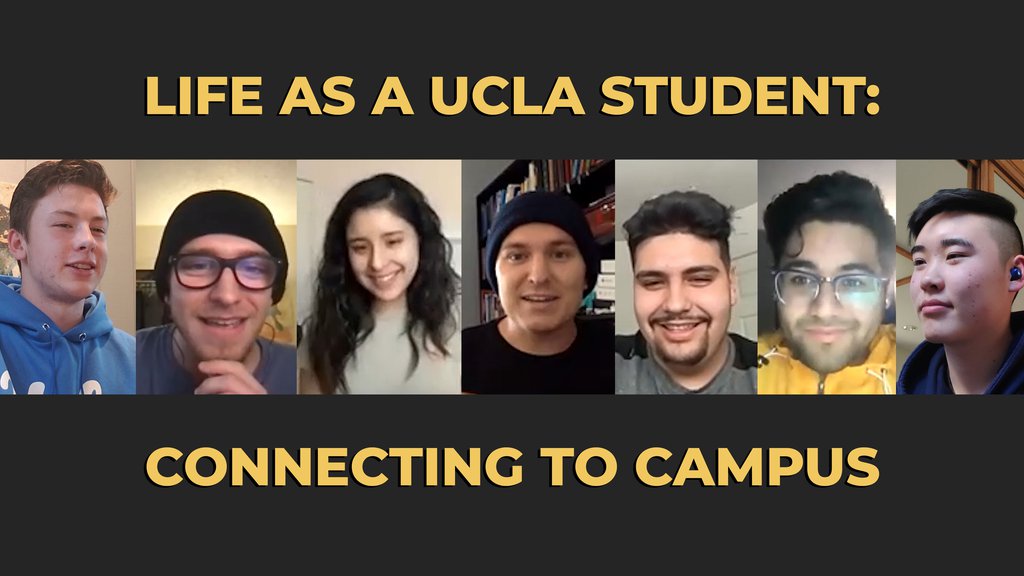 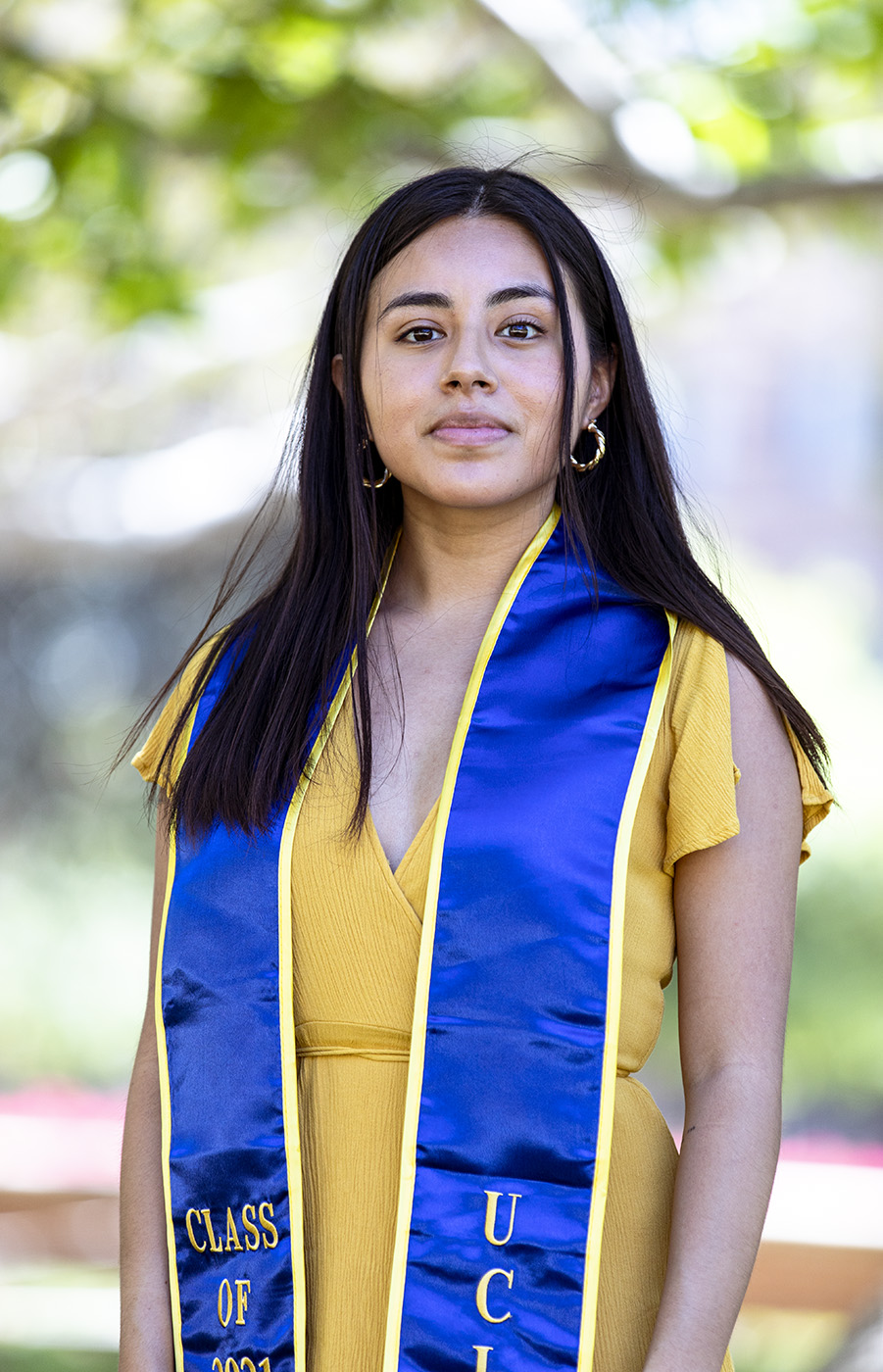