Gallery: No. 6 UCLA Men’s volleyball falls to USC in 4 sets
By Elise Tsai 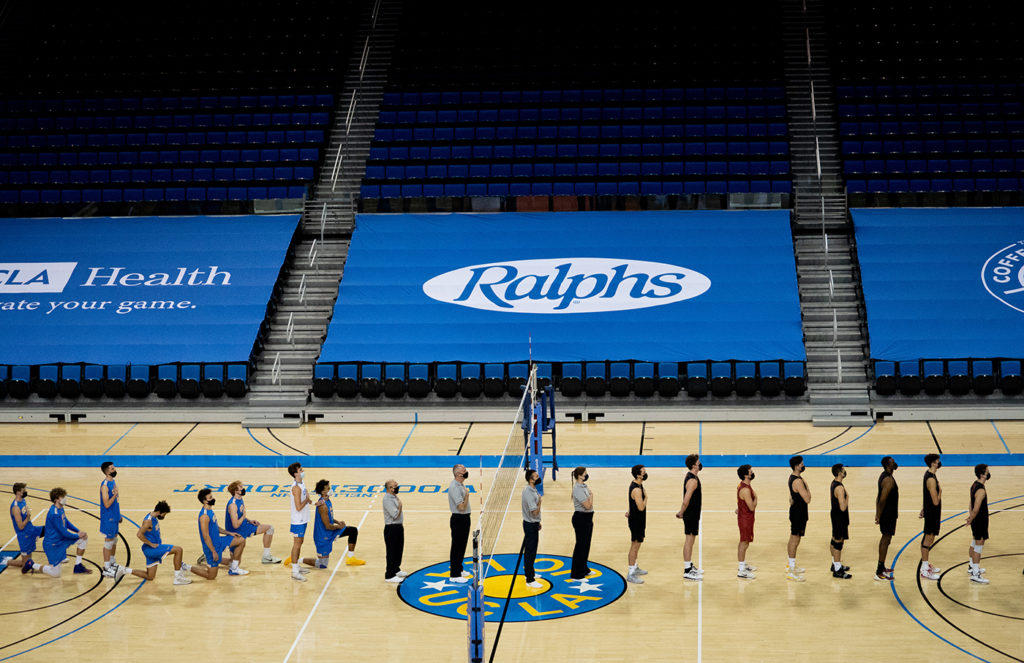 Fourteen out of sixteen Bruins kneeled during the national anthem in the empty stadium.

Redshirt freshman setter Marcus Partain sets up the ball for a play. 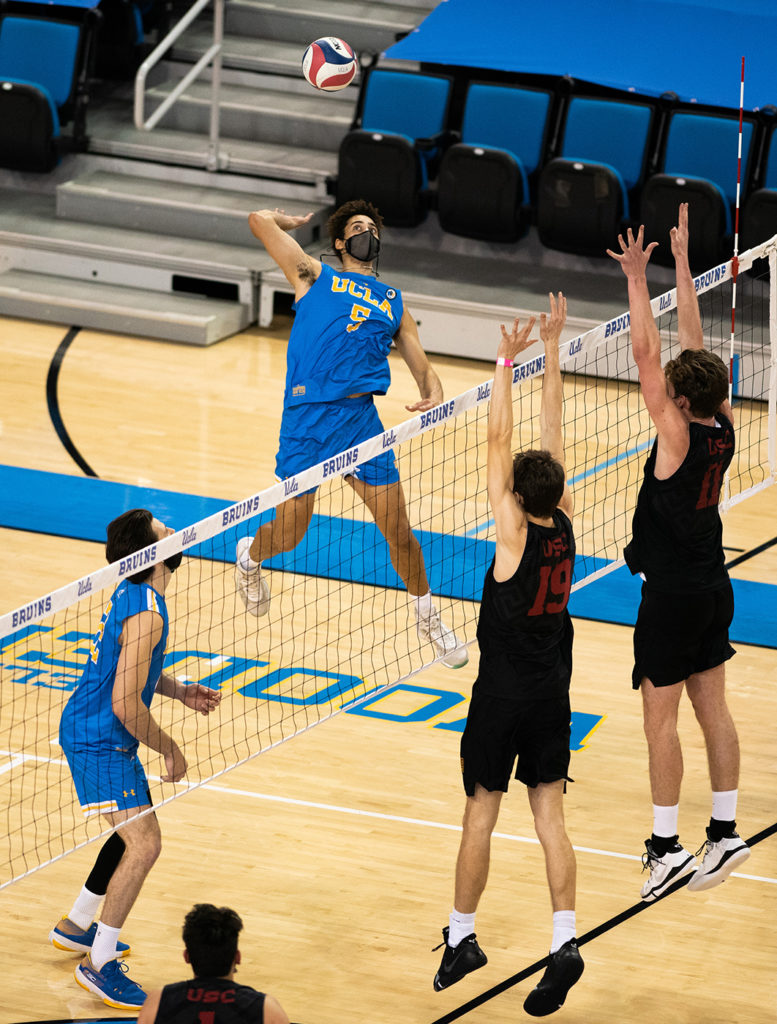 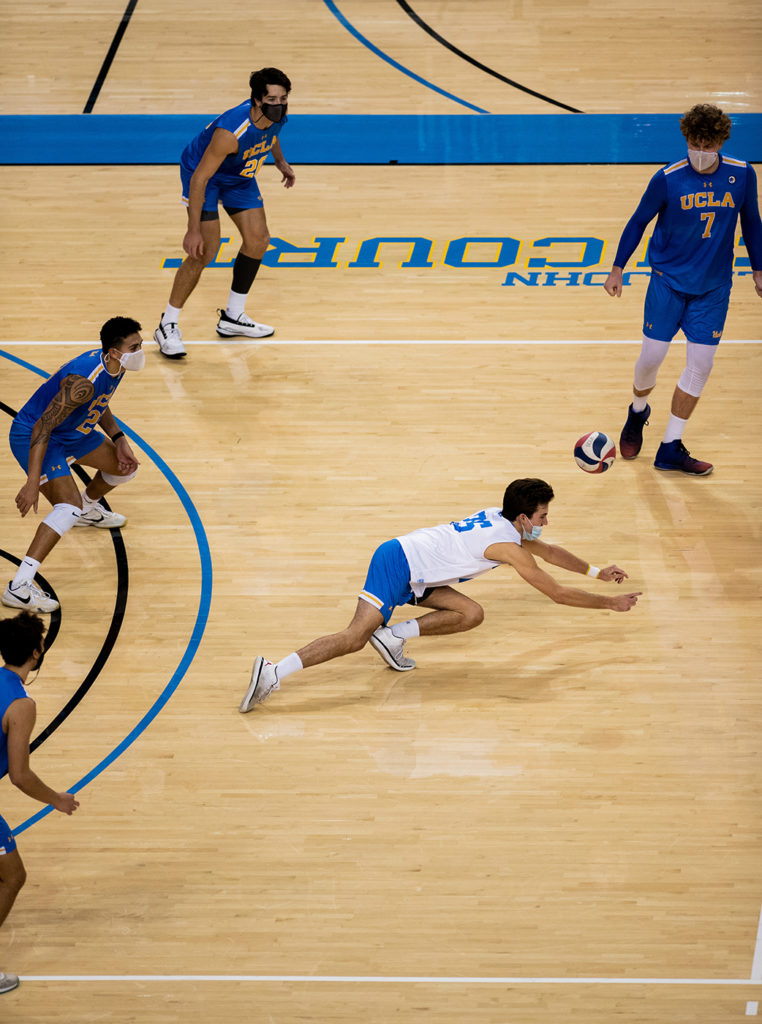 The Bruins celebrate after a point. 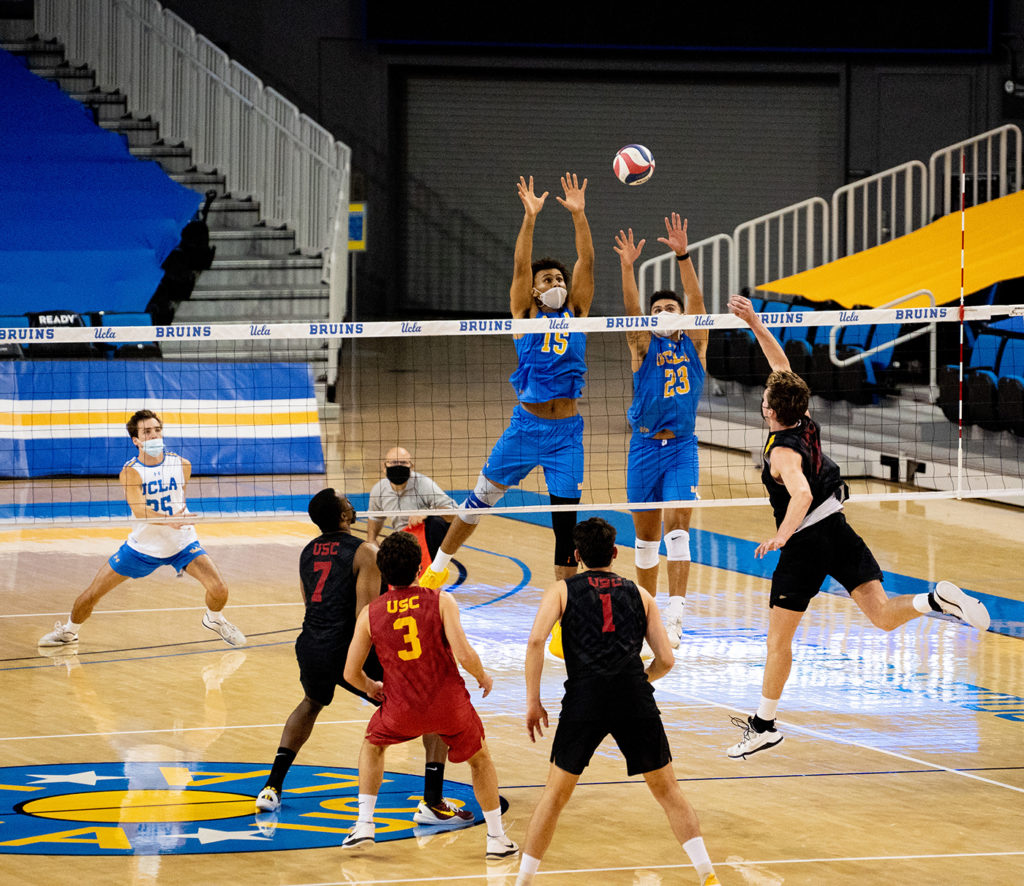 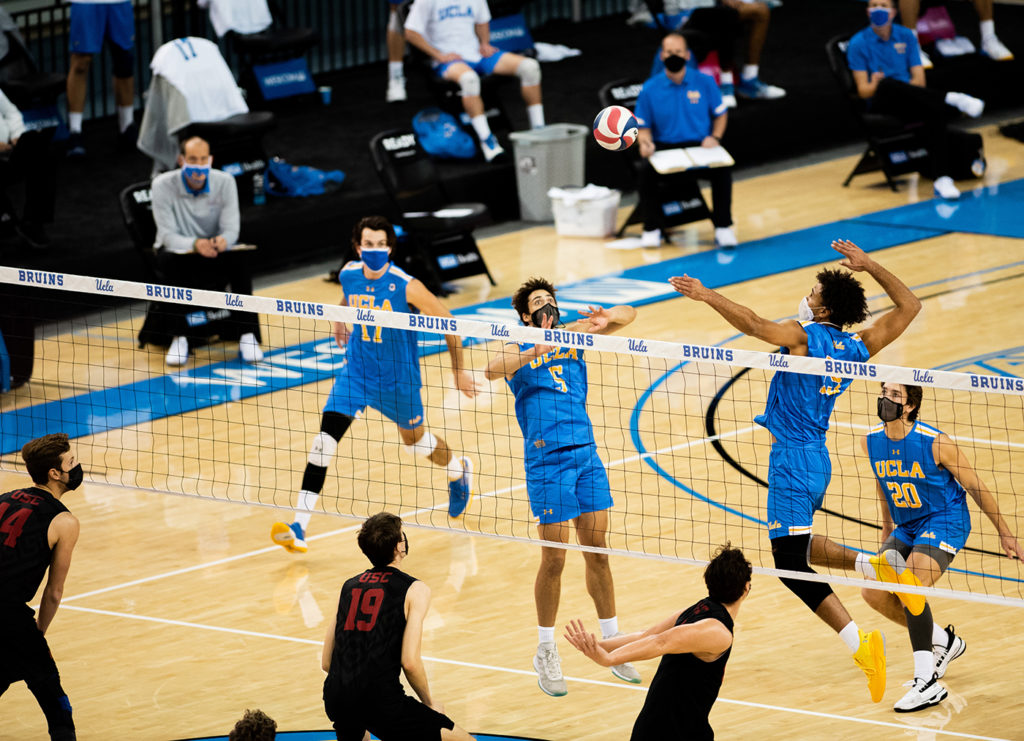 Kobrine sets the ball up for a hit by Matheney. 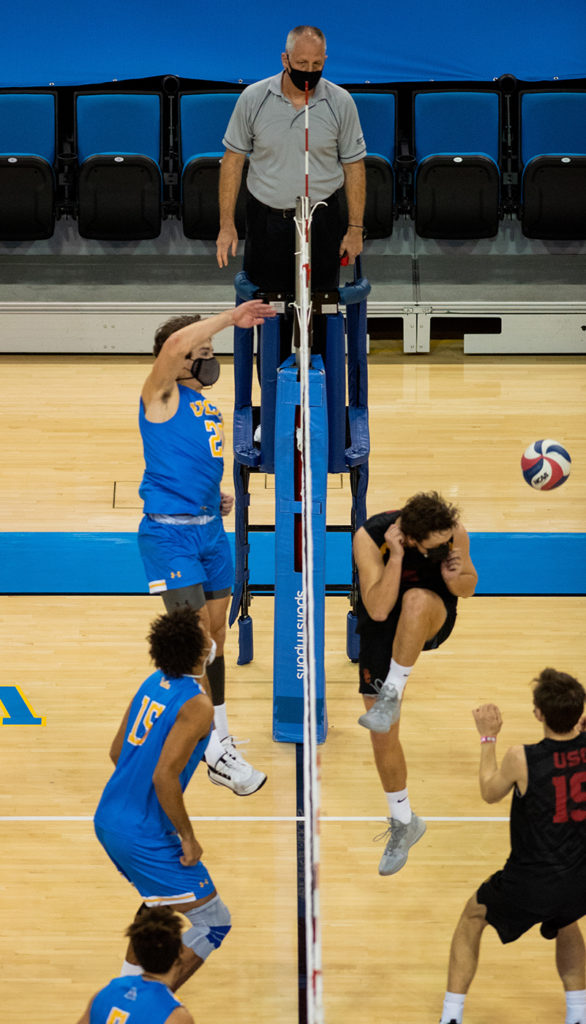 The Bruins cheer after the Trojans dive and miss the ball. Partain goes up for a hit against USC middle blocker Vecas Lewin.

UCLA lost three sets to one against USC, giving up the victory at home to the crosstown rival for the first time since 2014.