Gallery: UCLA men’s basketball starts 2021 with a 65-62 win over Colorado
By Antonio Martinez

UCLA tipped off against Pac-12 conference opponent Colorado for their first matchup of 2021. 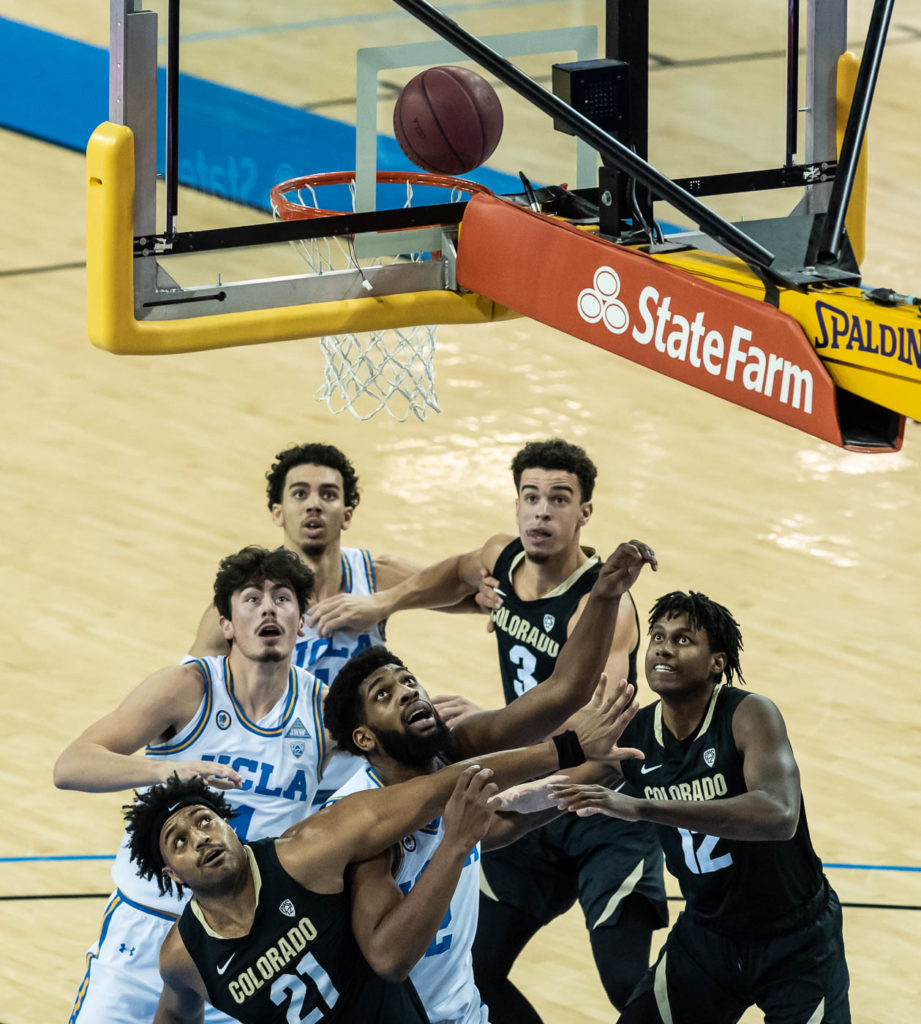 Players battle in the paint to grab a rebound. The game was tied 29-29 at the half. 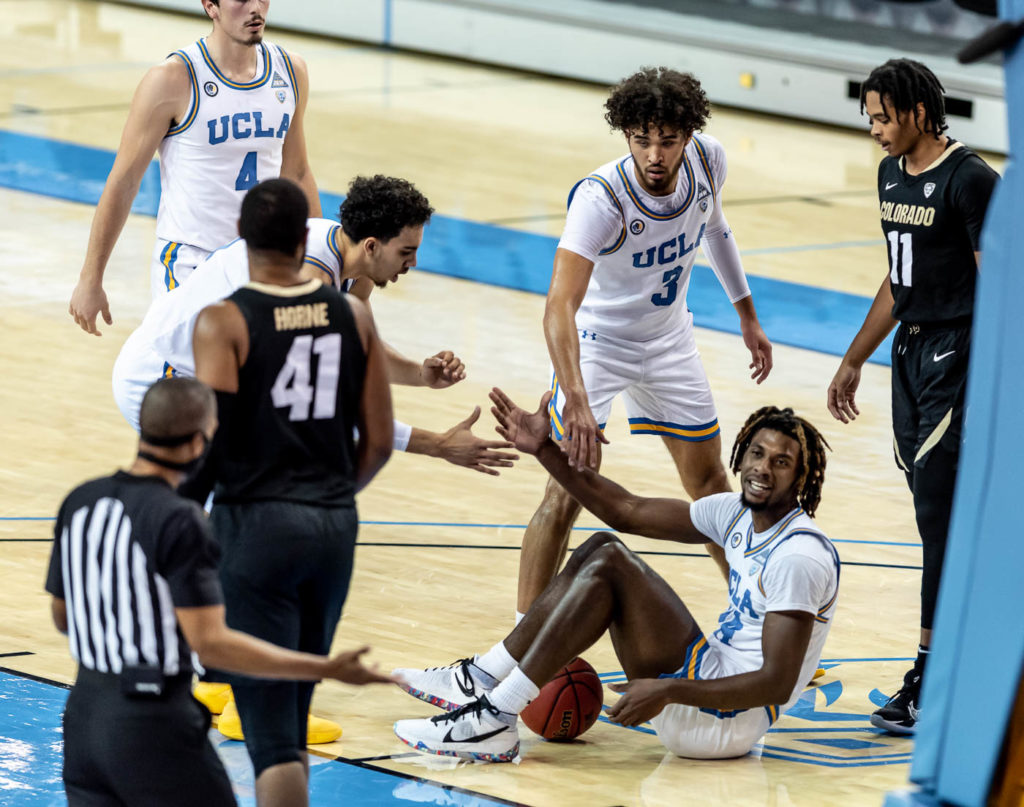 Redshirt junior forward/center Jalen Hill appeals to the referee for a foul as a teammate helps him up after a fall. 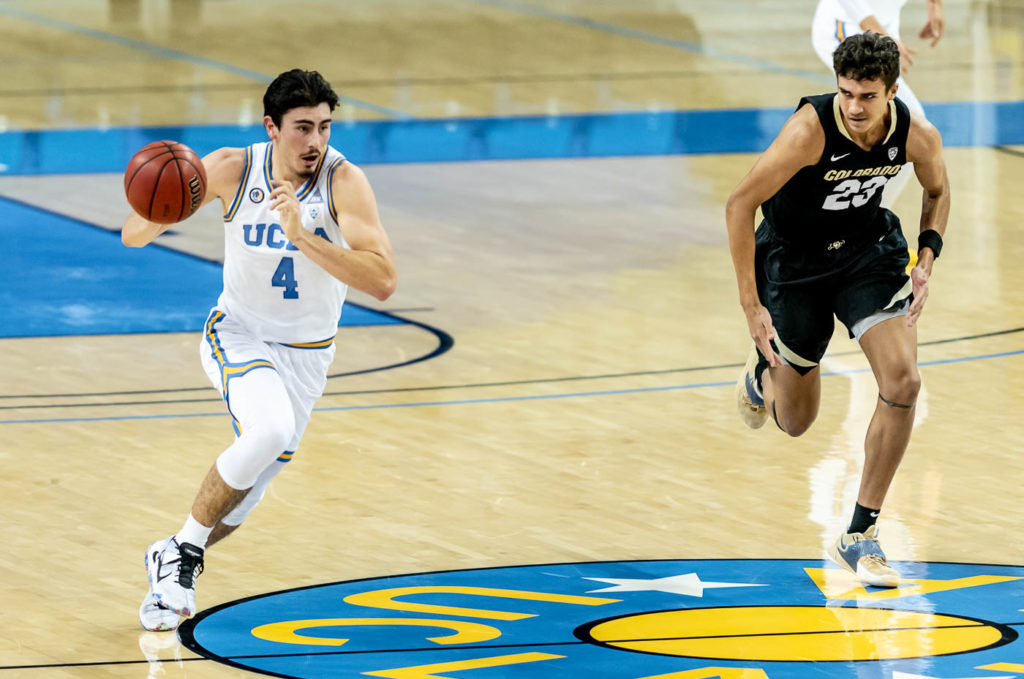 Sophomore guard/forward Jaime Jaquez Jr. dribbles down the court on a breakaway. Jaquez led the team in scoring with 14 points on the night. 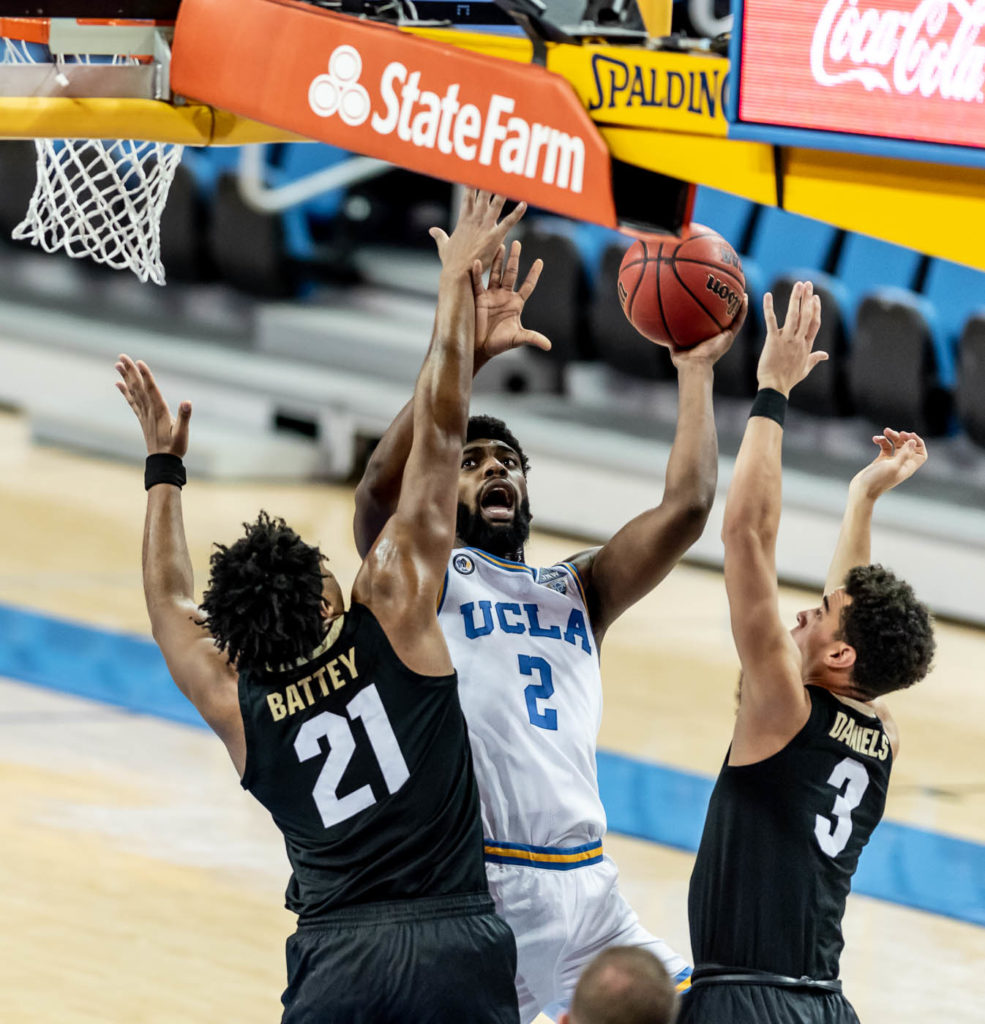 Redshirt junior forward Cody Riley is double teamed while putting up a shot. 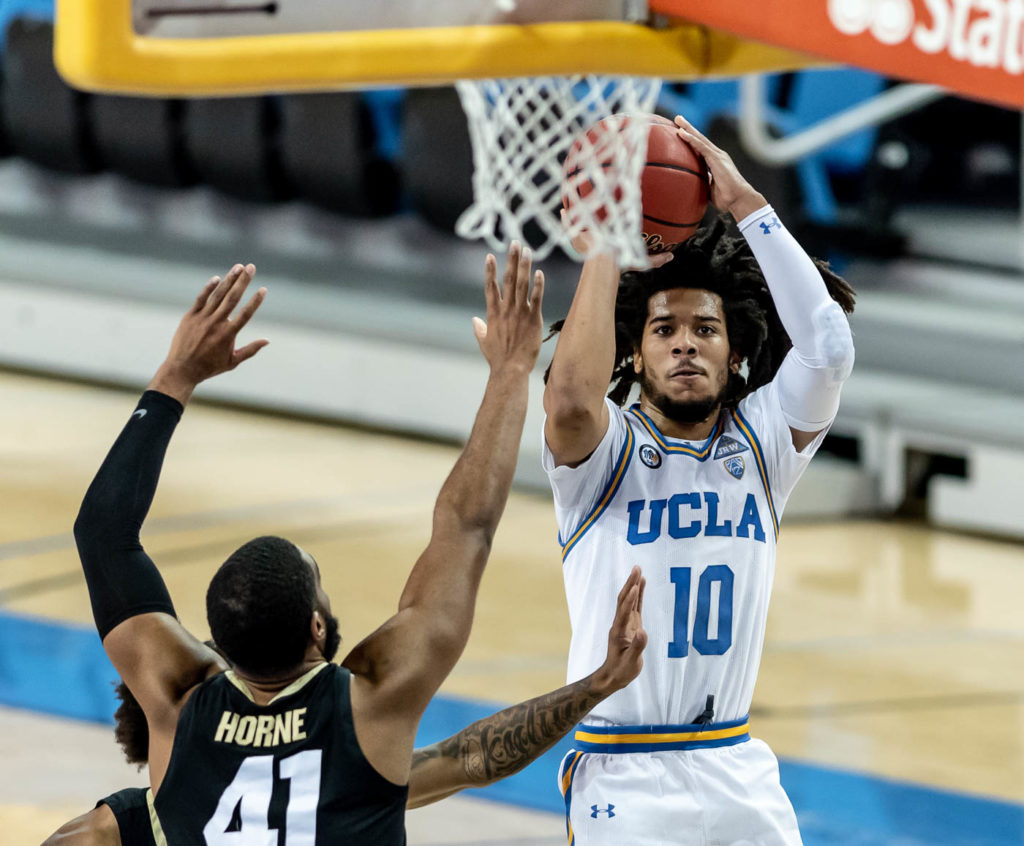 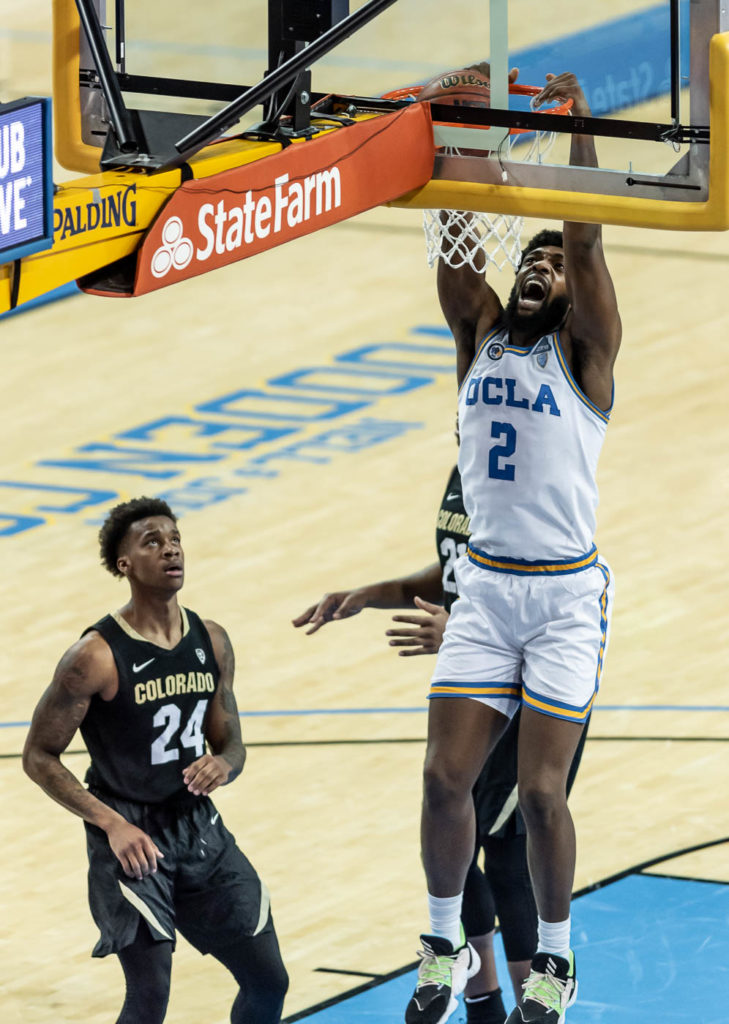 Riley gets up over the rim for a slam dunk. 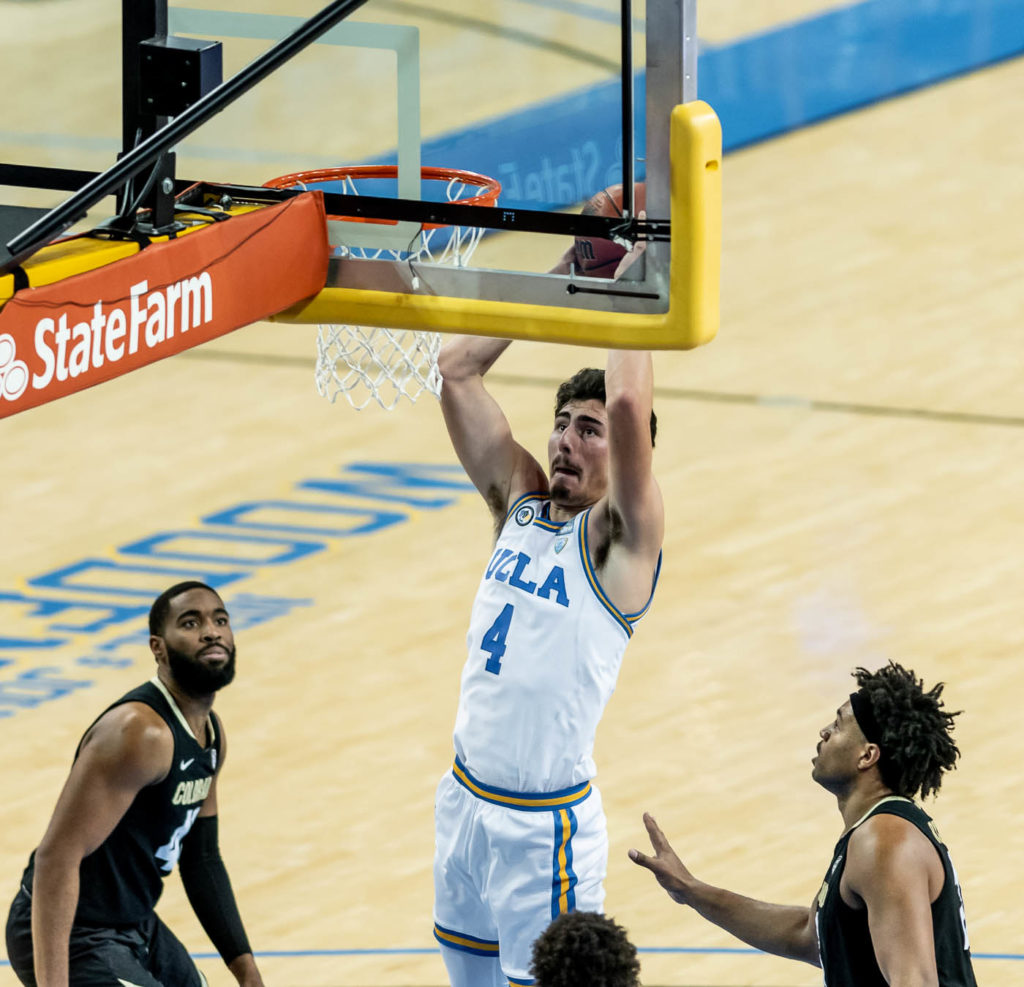 Jaquez delivers a two-handed jam of his own. 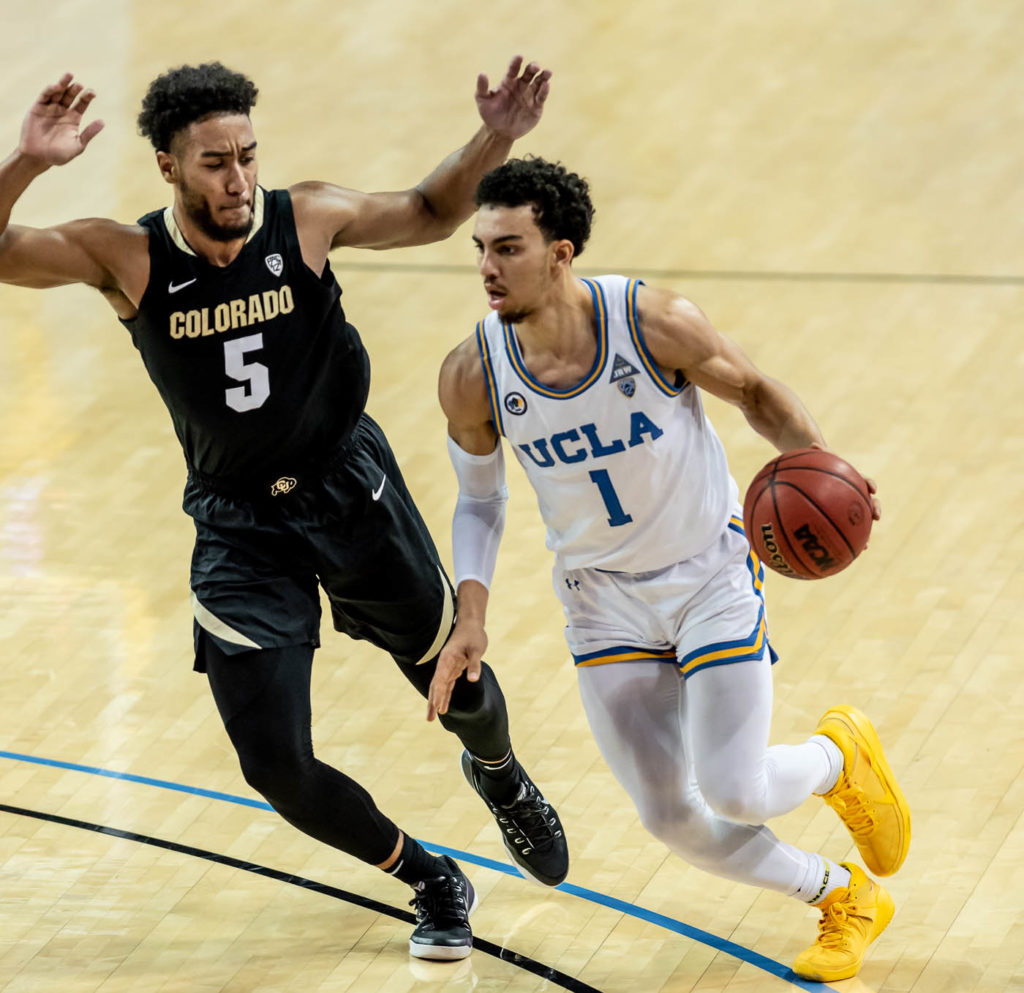 Junior guard Jules Bernard drives to the basket under pressure. Bernard secured a game-high seven rebounds on the night. 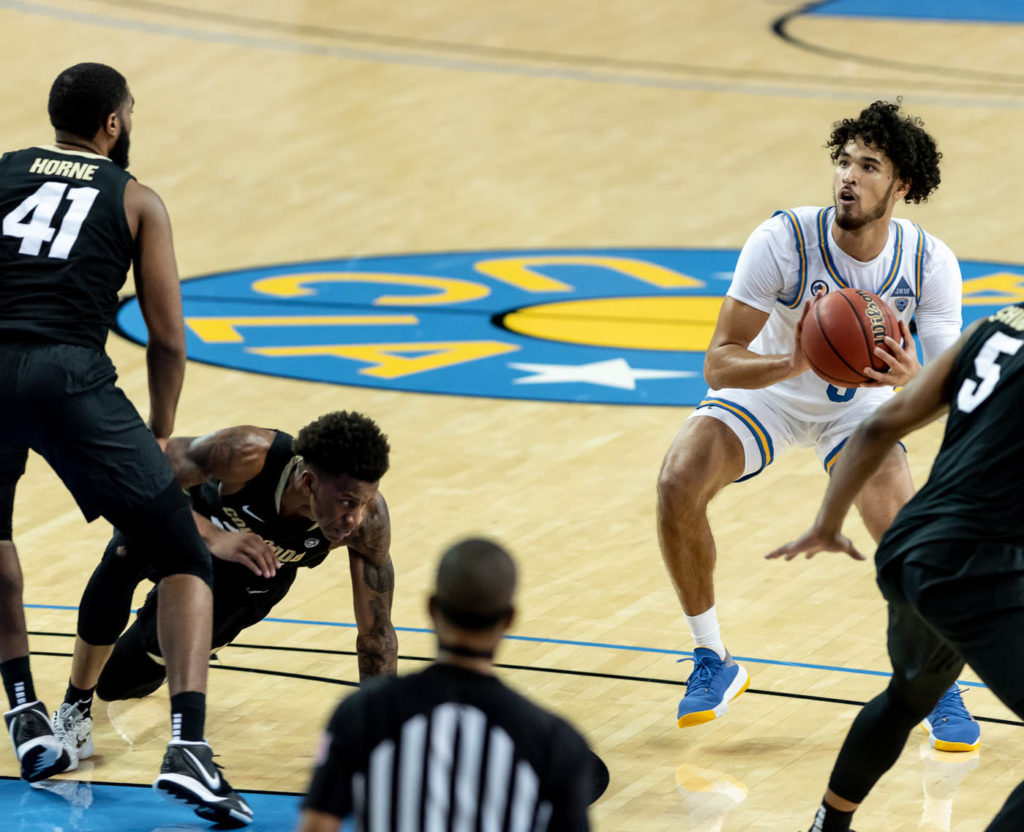 Sophomore guard Johnny Juzang sets up to take a shot. Juzang scored 10 points in the game. 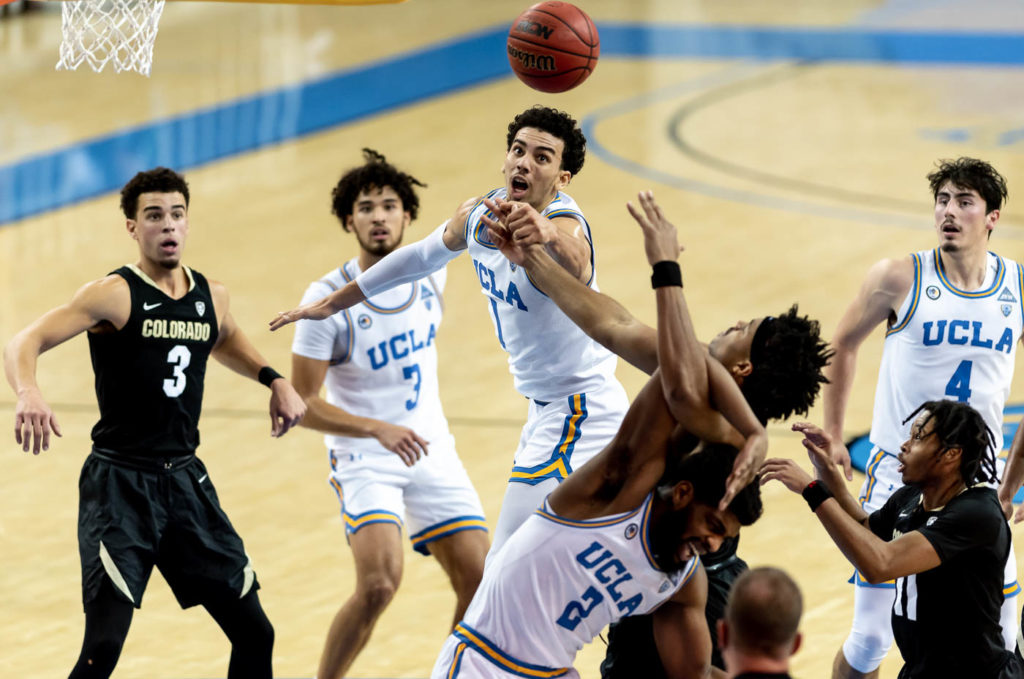 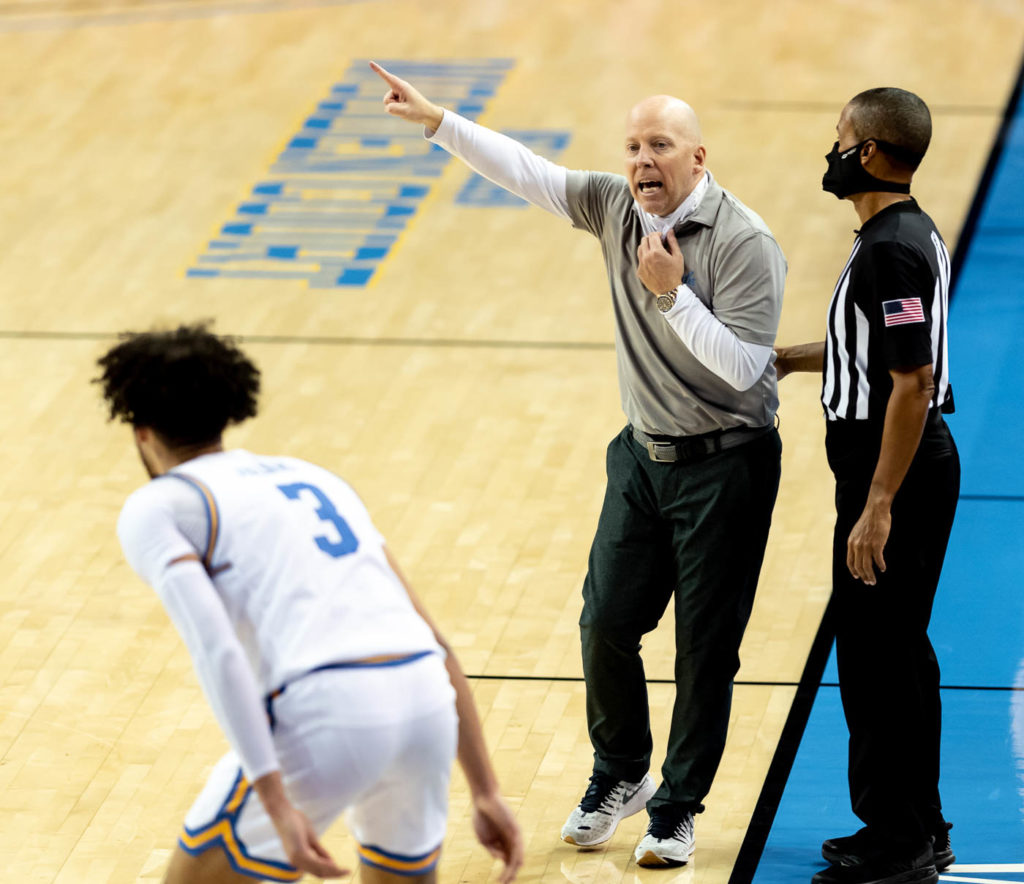 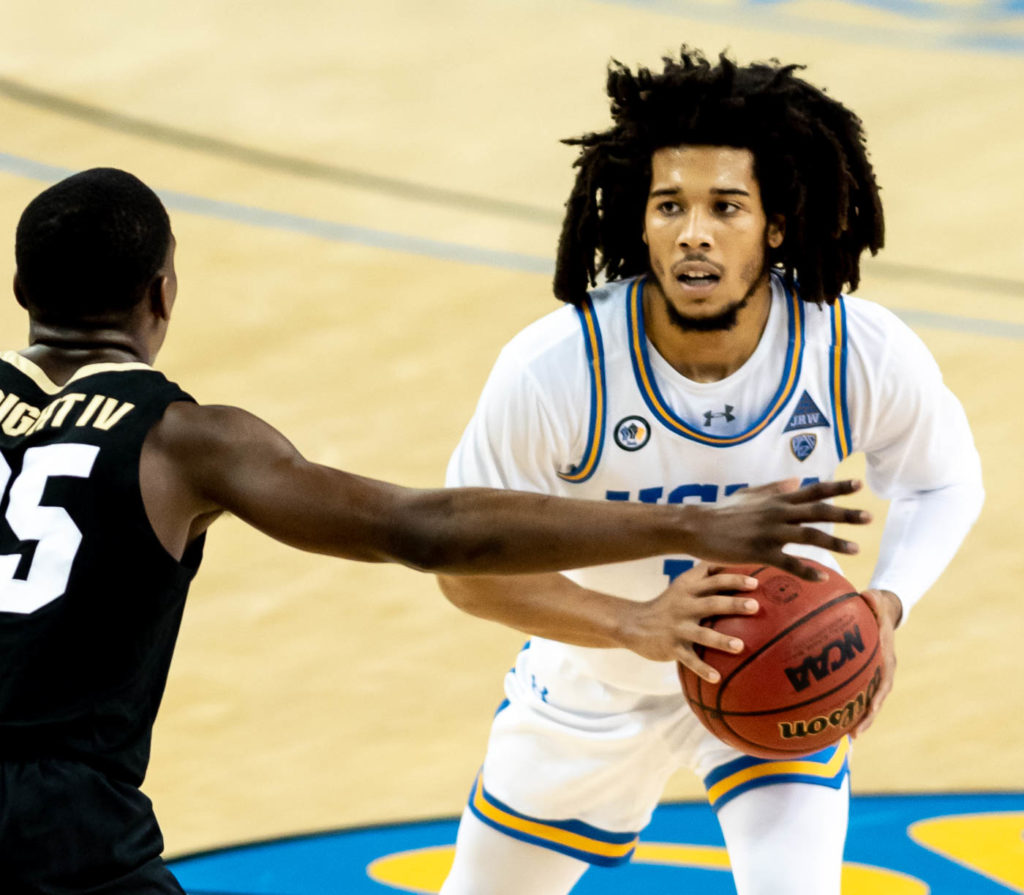 Campbell holds the ball and scans the court for open options. Campbell found his teammates for a game-high seven assists. The Bruins celebrate their victory at the sound of the buzzer. With a 3-point lead, UCLA’s defense stopped Colorado from attempting to tie the game in the final seconds.