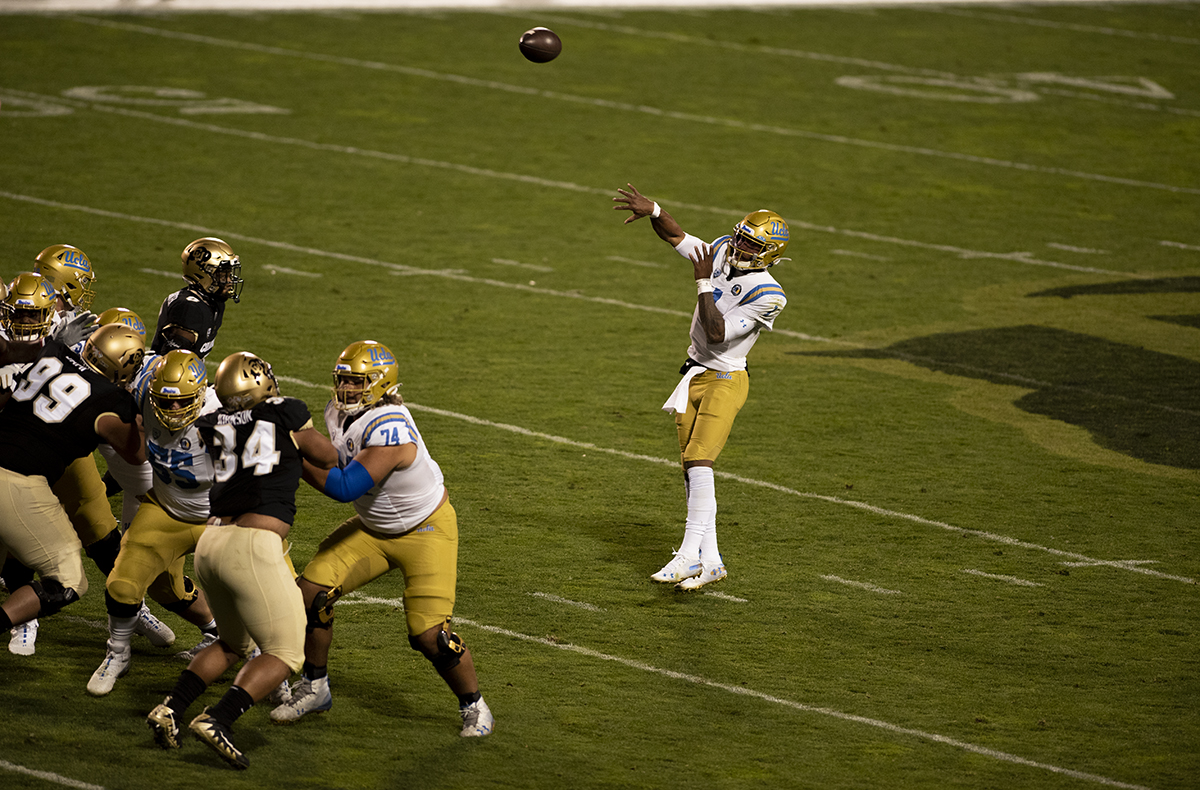 A year ago, Dorian Thompson-Robinson opened the season with four turnovers in one game, and threw 12 interceptions on the campaign.

And after opening up this season with a fumble and an interception in the loss at Colorado, the junior quarterback is heading in that direction again this year.

Thompson-Robinson credited the Buffaloes’ defense while owning his own mistakes after accounting for two of the team’s four turnovers Saturday.

“I think the defender made a great play on that interception, you know I tried to fit it around him and he tipped the ball and made a great play on it,” Thompson-Robinson said. “And then on the fumble, just a miscommunication between me and (redshirt senior running back Demetric Felton). We got it handled out here on Monday.”

Between the giveaways and the quick offensive possessions – UCLA spent no more than 1:35 of game time with the ball on each of its scoring drives – the Bruin defense was forced on the field early and often.

Coach Chip Kelly, however, said the 21-point halftime deficit after the first-half turnovers necessitated the hurry-up offense Kelly used that made the defense get less rest.

“When you find yourself down like we were, obviously you’ve got to play a little bit faster because there’s only a certain amount of possessions in a game and we have to capitalize on that,” Kelly said. “So it really depends on where you are in the football game and what the score is to kind of dictate what the mindset is in terms of the speed you’re going to execute on the offensive side of the ball.”

Senior defensive lineman Datona Jackson said the defensive unit kept its same mentality on the field, despite the other units’ early giveaways and fast pace.

“We wanted to keep the same mentality going out there,” Jackson said. “Just try and stop them, get off the field. We don’t care if it’s backed up, or they’re backed up.”

The defense ended with eight tackles for loss, including a sack by redshirt junior linebacker Caleb Johnson.

UCLA finished in the bottom half of the conference last season in sacks, but Jackson said the vertical attack the Bruins employed Saturday was instrumental in generating negative plays from the Buffaloes’ offense.

“(The vertical attacking defense) helps a lot with the getting pressure on them,” Jackson said. “Stopping the run in the backfield especially now will help generate a better pass rush if it’s third and long. A lot more penetration gets them on their heels.”

The Bruins eventually found their rhythm on offense, outscoring the Buffaloes by 15 points in the second half, and Thompson-Robinson attributed the comeback to the team’s overall performance after a self-inflicted deficit. 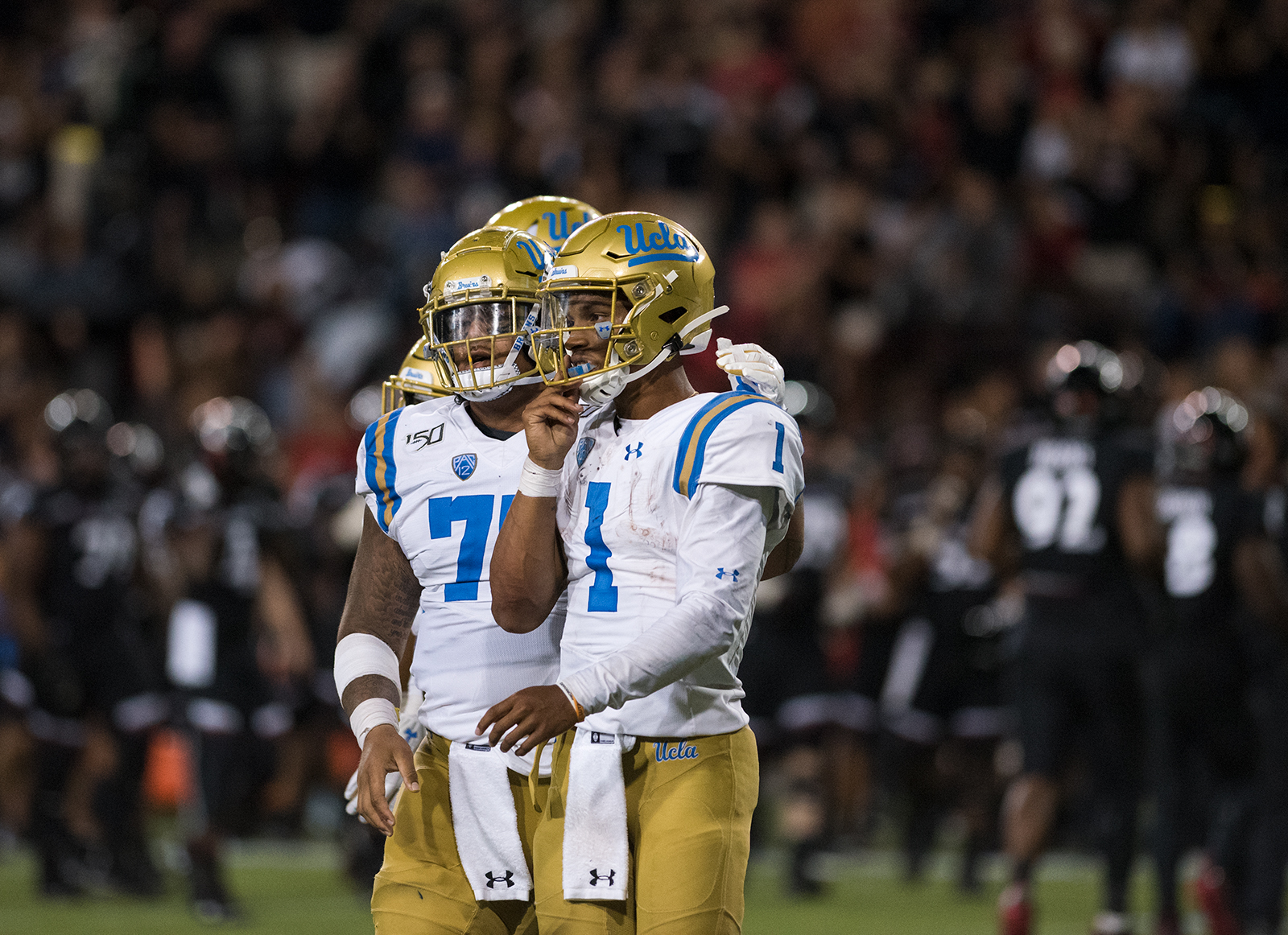 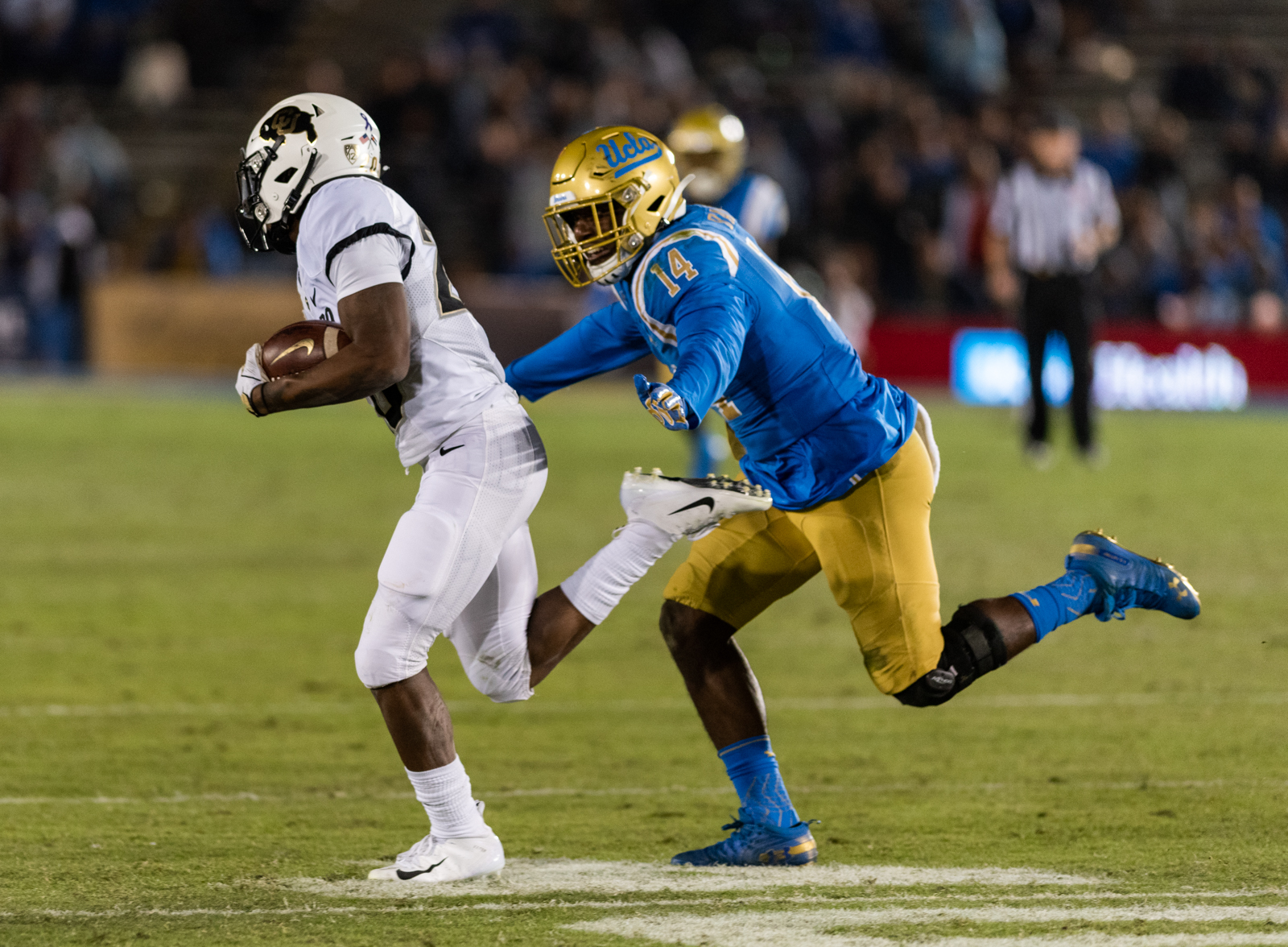 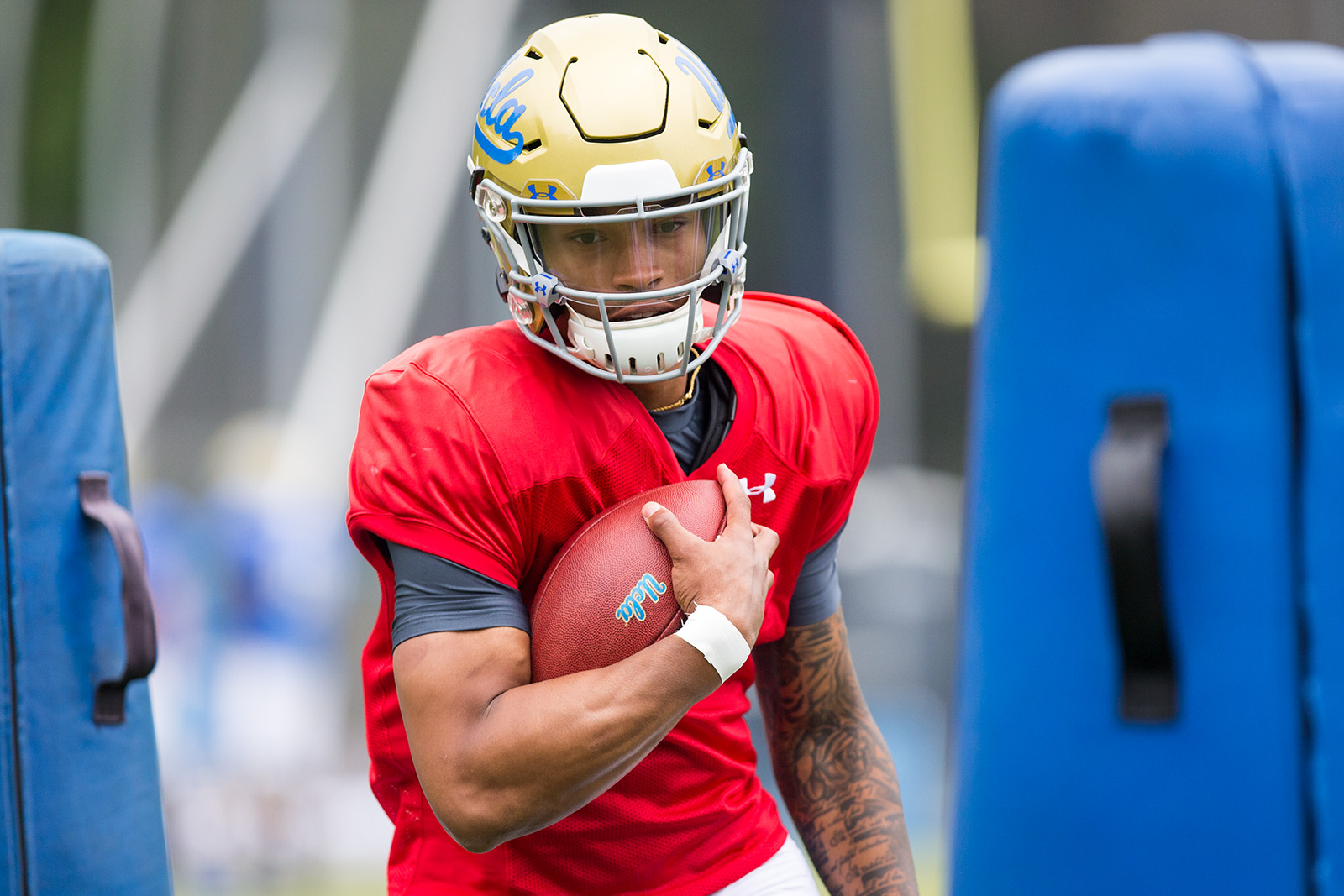 Football heads to Cincinnati for season-opener with offensive line experience