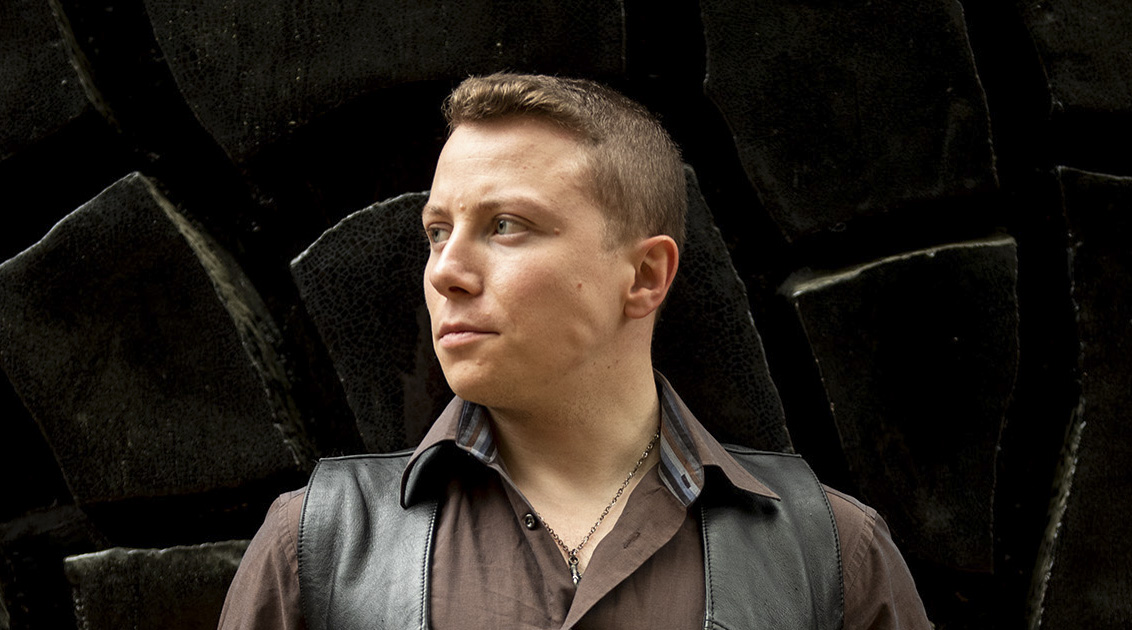 Vincent Augusto, a UCLA Extension student, directed the short film “Abducted.” Augusto said the storyline is inspired by stories from the #MeToo movement and it follows the horror genre to combine the idea of paranoia with society’s hesitation to believe in women. (Sakshi Joglekar/Daily Bruin)

“Abducted,” which was written around a month ago, follows the story of Jenny, who is trying to remember the events of a previous night where she believes she was taken by faceless men in black suits. The short film is directed by Augusto, a UCLA Extension student, who said he is exploring the elements of the unsettling horror and suspense for his directing thesis. Filming starts in late March, and Augusto said he wants to see how far he can push the film’s ambiguity so as to distract audiences from the truth.

“I wanted to lead the viewer into different directions, so I was just hinting that (Jenny) might have been abused,” Augusto said. “There are going to be some supernatural elements in the movie because she doesn’t know if she’s fabricating these experiences or not.”

Augusto said he was interested in telling stories like those of the #MeToo movement, with a narrative that portrays a woman who feels harassed by businessmen, while operating within a horror genre. He said he wanted to be able to connect the alien abduction Jenny believes she experiences with experiences of post-traumatic stress disorder. However, while he searches for the right way to tackle these themes, Augusto was still able to combine them with the idea of paranoia and society’s hesitation to believe in women.

“I wanted to … present a woman who feels unsafe in society,” Augusto said. “She’s always surrounded and feels harassed by other men in the form of the stereotypical, white businessman attire.”

Since Augusto oversees all of the planning for the film, he said he is trying to maintain a balance between his vision and budget constraints. He needs to balance crew as well as equipment on a $1,000 budget. Although issues surely will arise during production, Augusto said much of filming is taking those problems and adapting to them while conveying his desired vision.

Fourth-year economics student Melissa Francikiewicz, who works as a grip and electric for the film, said the main difficulty challenging Augusto’s vision is location. Since the set’s location will be in a forest, she said she is concerned about finding enough extension cords and electric generators to power all the necessary lights. However, Francikiewicz sees this as an opportunity to bring out the horror component of the film.

“Doing a movie on a small budget is challenging to ensure everything looks bright for people to see what’s going on but dark enough to still bring out that scary tone,” Francikiewicz said. “But an isolated location is going to help channel that fear and that feeling of being completely lost in the woods.”

The challenge of night shooting doesn’t just fall on Francikiewicz, but also second-year computer science student Neeraj Samtani, the visual effects director and digital imaging technician. Samtani said much of his job will be ensuring all footage on set is properly stored and backed up as well as providing direction on how to angle each shot to help streamline the post-production process.

“It’s a two-sided coin,” Samtani said. “Since it’s at night, a lot of things are going to be dark, and so you won’t see the mistakes that I might make, but it also is nice to have things well-lit because some of the effects you need to do are like tracking an object into the scene.”

Although the film will face the difficulties of a night shoot in isolated locations, Augusto said he hopes “Abducted” can deliver an unnerving, Hitchcockian horror that leaves viewers at the edge of their seat. Augusto said he wants to combine the horror, murder and drama of Alfred Hitchcock while also addressing the #MeToo movement underlying the script.

“I want (the audience) to be startled first so that they have a good emotional experience to get into the movie,” Augusto said. “It’s a mix of emotion and intellect. I want them to think about what they just saw.”