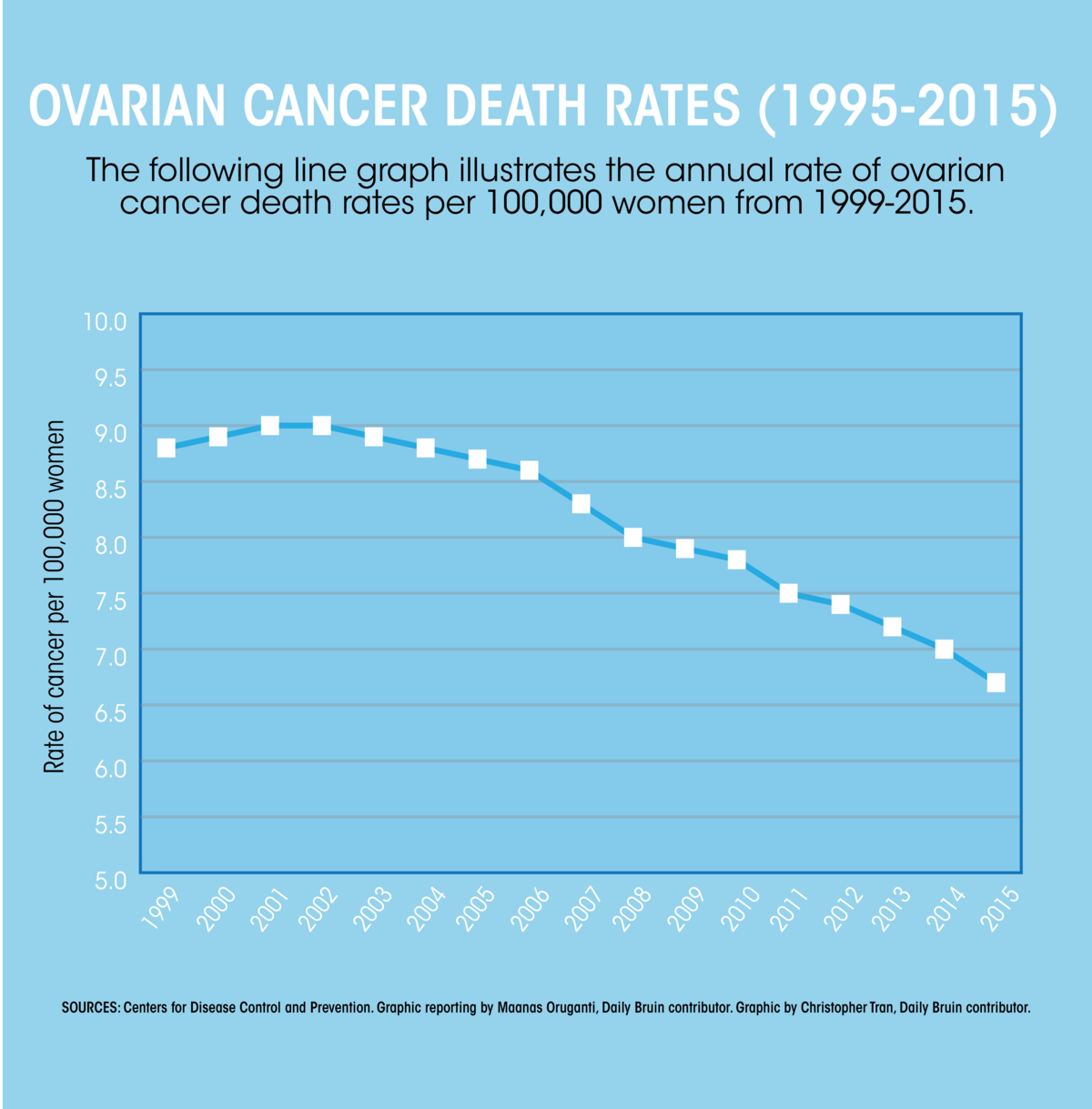 Bogdan Pasaniuc, an author on the study and associate professor of pathology and laboratory medicine at the David Geffen School of Medicine at UCLA, said this project used data from prior studies that identified 40 regions in women’s genomes related to the risk of developing ovarian cancer.

“We’ve integrated this large-scale genetic data with other types of data that look at what types of mutations disrupt what genes,” Pasaniuc said. “Having these two pieces of data side-by-side can help prioritize the genes that are responsible for this association.”

While previous research had established which genomic regions are related to increased risk to ovarian cancer, this study identified specific genes correlated with increased risk of developing the cancer.

Pasaniuc said the link between ovarian cancer risk and family history indicates genetics may play a role in increased susceptibility to cancer.

“For example, a woman that has a first-degree relative who has ovarian cancer has a threefold increased risk for developing the disease as compared to women with no family history,” Pasaniuc said.

Kate Lawrenson, the co-lead author and an assistant professor of obstetrics and gynecology at Cedars-Sinai, said tumors associated with ovarian cancer are difficult to detect early on because they do not display distinctive symptoms.

“Most tumors are very challenging to diagnose early because the symptoms women have are not specific to this disease,” Lawrenson said. “The best way to stop women from dying from ovarian cancer is to either detect the tumors early or even try novel ways to prevent tumors.”

Beth Karlan, an author of the study and a professor of obstetrics and gynecology at the David Geffen School of Medicine, said using family history to predict the presence of such genetic mutations may not be ideal since these genes have no clear pattern of inheritance.

“Your likelihood of inheriting an ovarian cancer risk is just as common from your father as it is from your mother,” Karlan said. “Most of the women who have these inherited risk factors for ovarian cancer don’t even know it.”

Karlan said testing for the presence of these genes can establish a family history and benefit both patients and their family members.

“All ovarian cancer patients should have genetic testing because not only is it important to them because there are new targeted therapies that improve their own survival, but also half of their relatives will also have the same gene and that information can save their lives,” Karlan said.

For this project, Lawrenson studied tissue samples donated by women undergoing surgery for different reasons to establish a pattern between their genes and their cells’ functioning.

“If you can collect a few hundred specimens, then you’re able to look for the more subtle changes in the molecular profiles of these cells and see where do those gene expression signatures correlate with your risk of ovarian cancer,” Lawrenson said.

“If you happen to have the risk of mutation that you inherit from your parents, all 40 of these regions, then your risk gets higher and higher,” Pasaniuc said.

Lawrenson said the team will be continuing similar studies, growing the sample size to detect more genes and focusing on factors that impact the regulation of the expression of these genes.

Pasaniuc added the team will experiment with the identified genes to determine how they affect cells’ processes.

“We’re following up with looking at more data where we can disrupt these genes and see their impact on that particular cell,” Pasaniuc said.