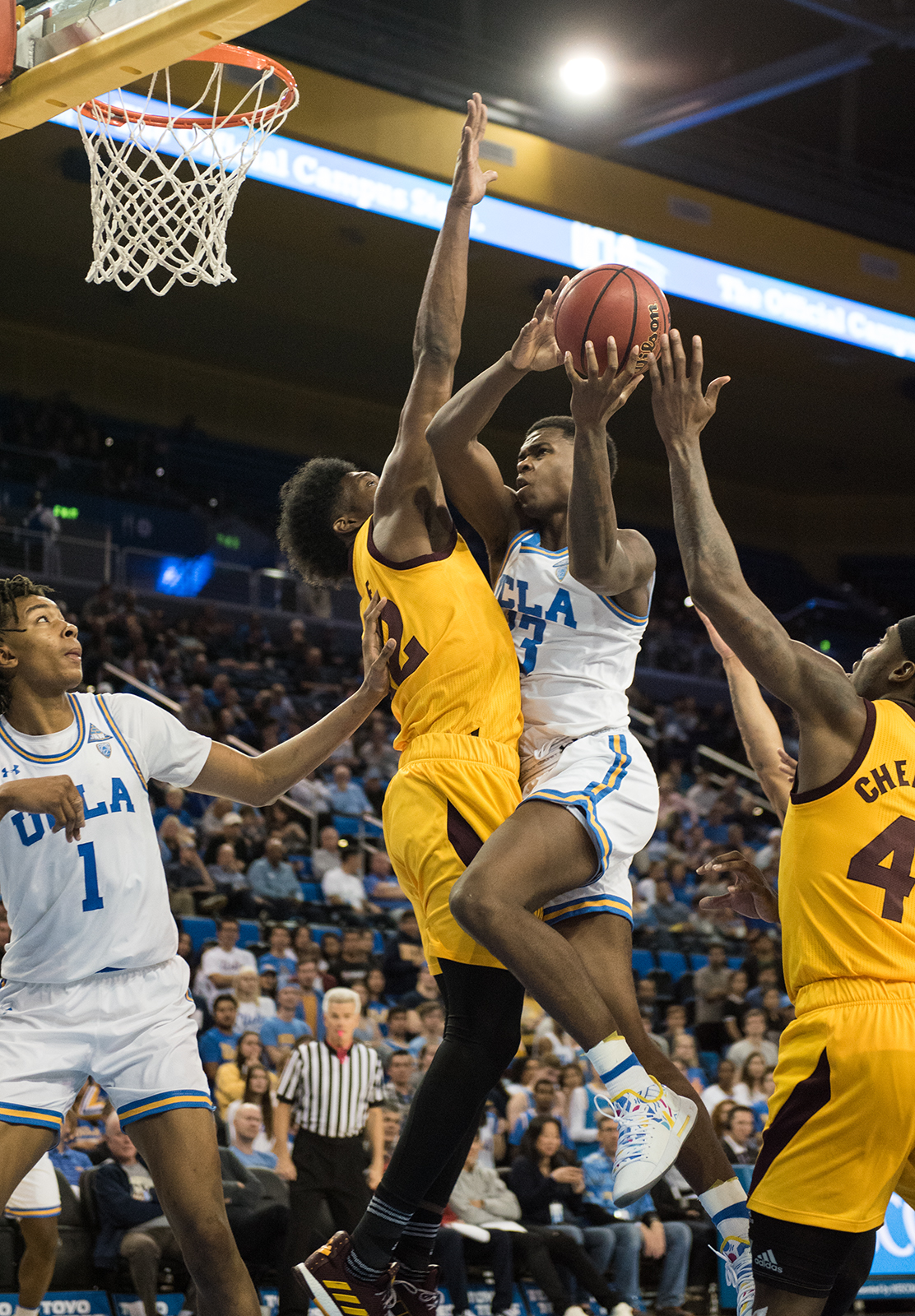 After only scoring four points in the first half, sophomore guard Kris Wilkes totaled 20 points on 8-of-19 shooting and six rebounds. (Axel Lopez/Assistant Photo editor)

The Bruins had no answer to the Husky offense.

Coming off its lowest-scoring first half of the season, UCLA took almost three minutes to score in the second half off a jumper from sophomore guard Jaylen Hands.

A corner 3-pointer by Hands followed by a fast break dunk by redshirt junior guard Prince Ali with just over 11 minutes to go started a 7-0 for the Bruins – but they couldn’t capitalize.

Washington got its lead up to 15 in the second half, led by guard Jaylen Nowell who finished the day with 15 points on 5-of-11 shooting and eight rebounds.

After scoring just four points in the opening half, sophomore guard Kris Wilkes was one of only two Bruins to score in double figures, totaling 20 points on 8-of-19 shooting and six rebounds. Ali finished with 12 points and five rebounds.

UCLA committed a total 23 turnovers compared to Washington’s 17. The loss marked the Bruins’ first to the Huskies since Jan. 28, 2016 and Washington’s first undefeated start to conference play since 1953.

The Bruins will next return home to host the Colorado Buffaloes (11-9, 2-6) on Wednesday. 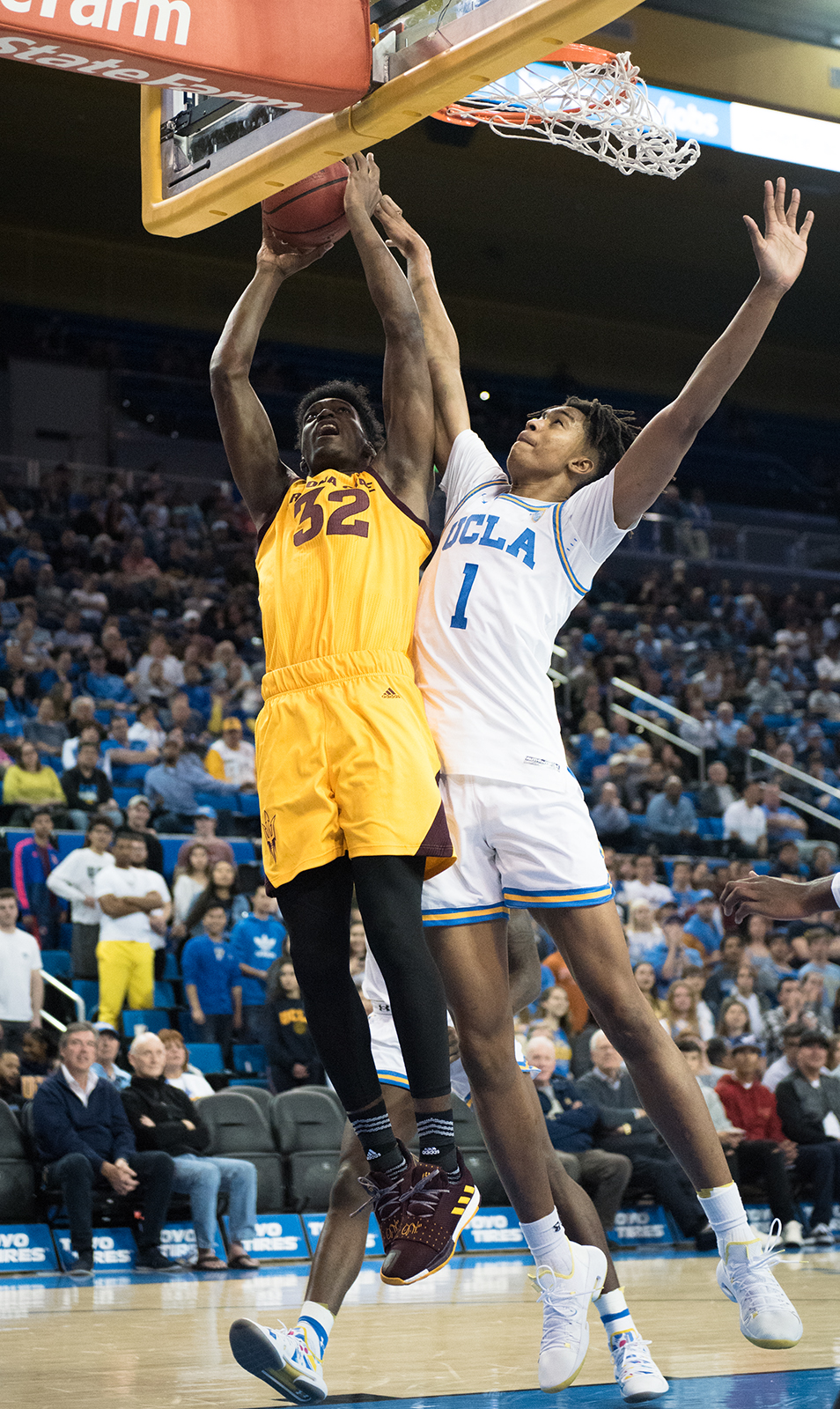 Despite early lead, men’s basketball trails Washington at half after 18 turnovers 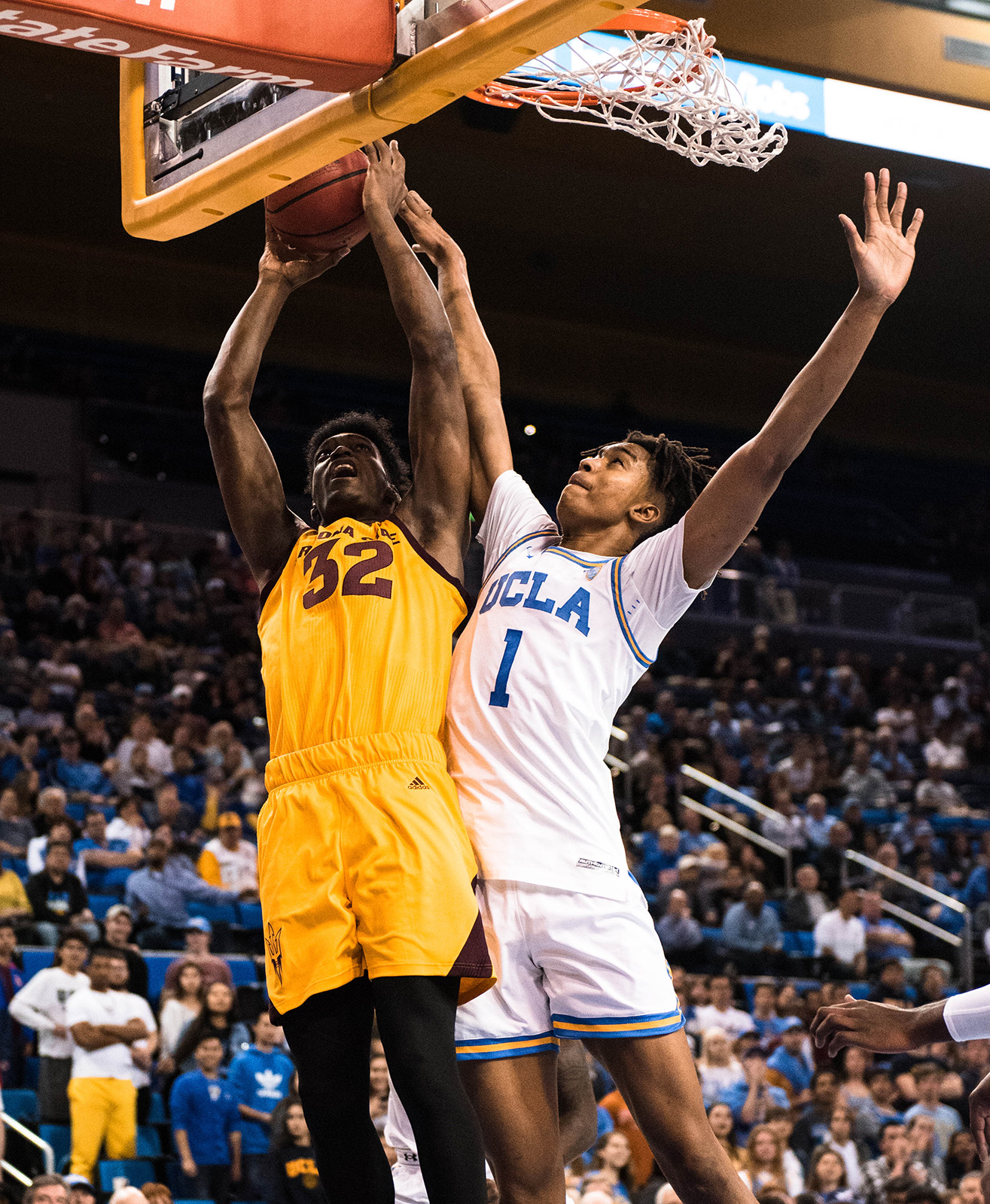