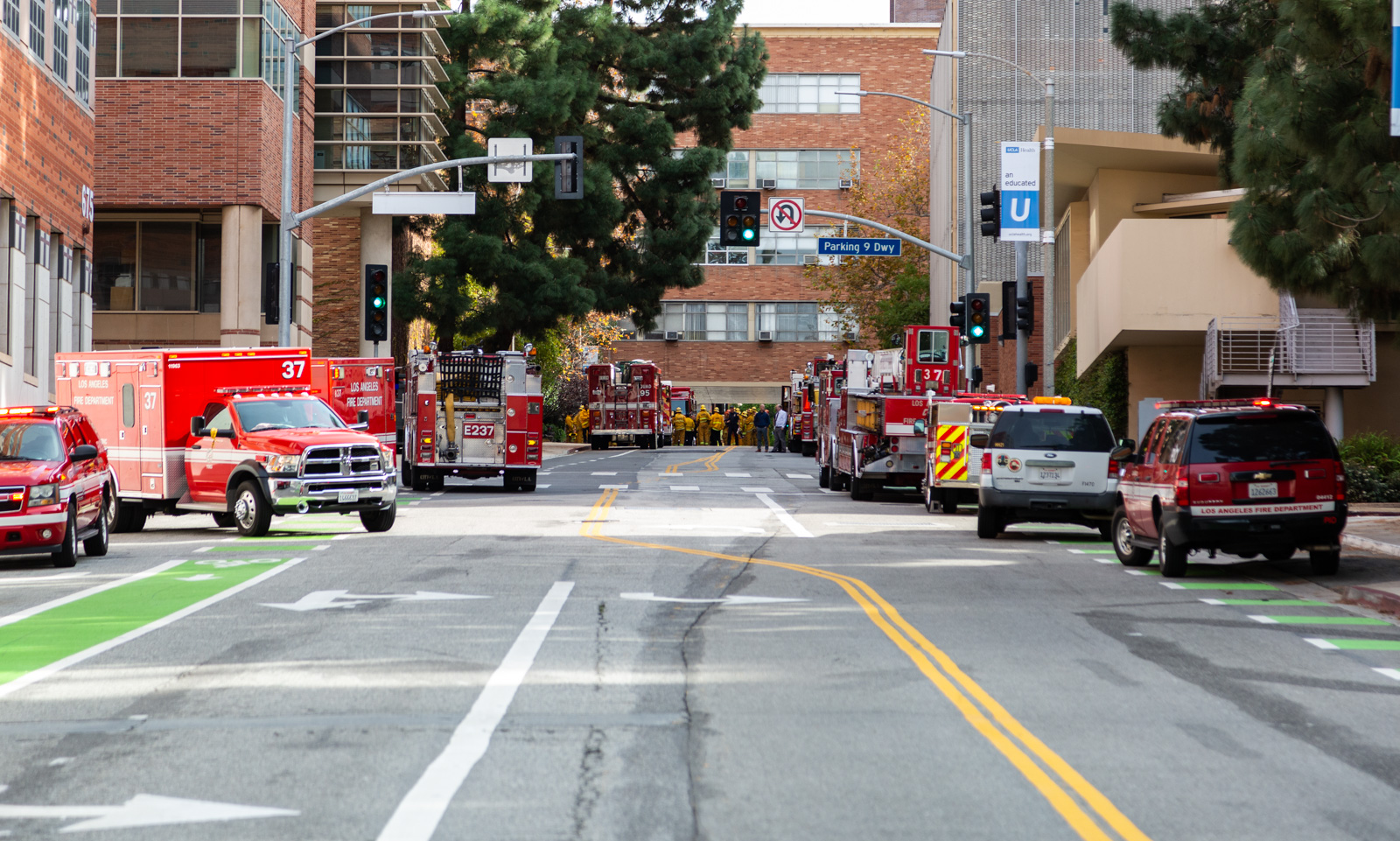 A Bruin Alert advised the UCLA community to avoid the Neuroscience Research Building and the surrounding area because of a reported hazardous materials leak. (Amy Dixon/Photo editor)

A hazardous materials leak at a south campus building was reported by the Los Angeles Fire Department this morning.

LAFD reported a hazardous materials incident at 7:14 a.m. after originally responding to an automatic fire alarm at the Neuroscience Research Building. Multiple chemicals were spilled, but were later determined noninfectious by an LAFD HazMat squad, according to an LAFD alert.

Ricardo Vazquez, a UCLA spokesperson, said the chemicals leaked from a freezer that contained biological materials believed to be noninfectious.

A Bruin Alert advised the UCLA community to avoid the Neuroscience Research Building and the surrounding area on Charles E. Young Drive from Tiverton Avenue to Westwood Plaza for the duration of the LAFD investigation.

UCLA staff are now cleaning up the spill and no injuries or infections were reported.