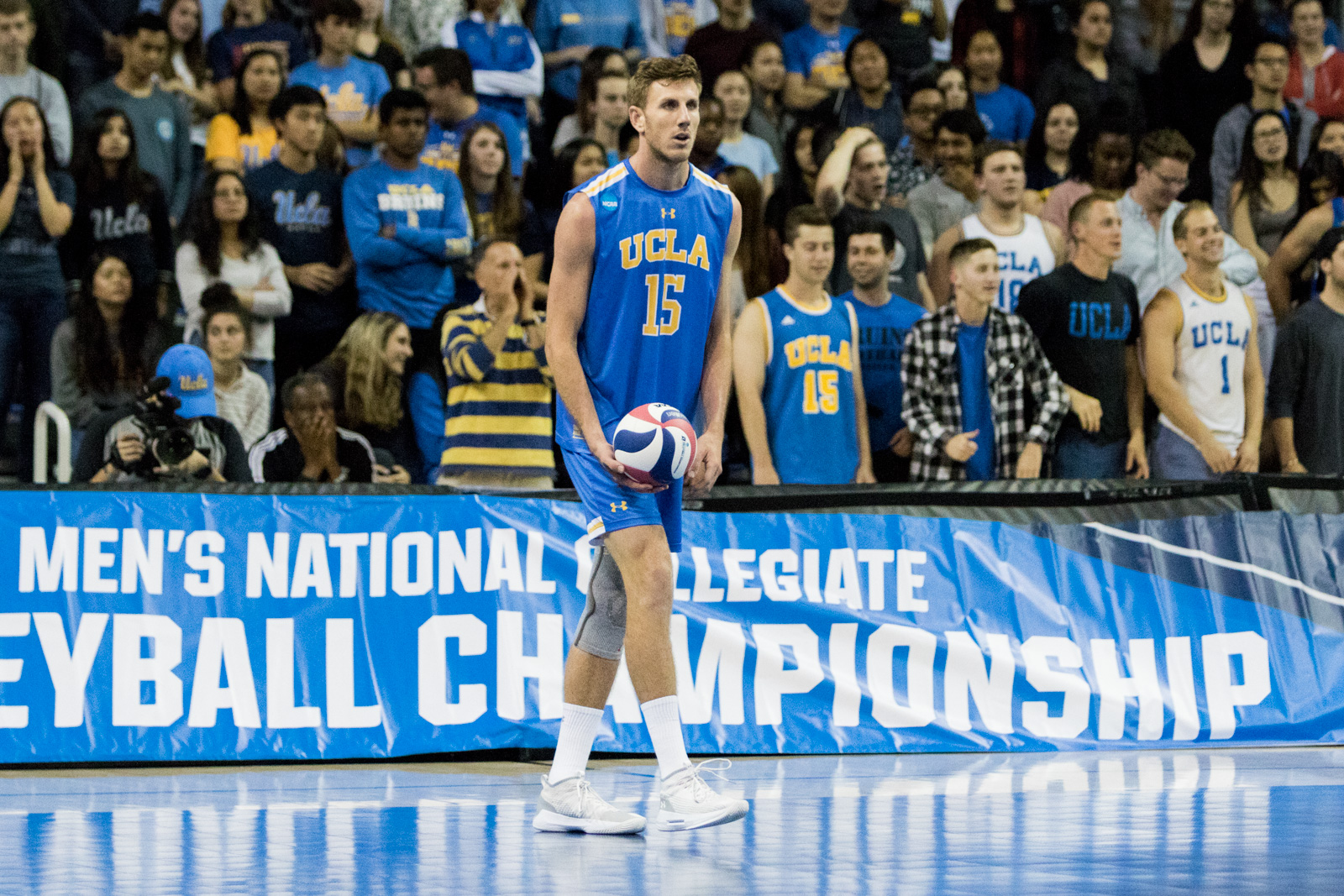 The Bruins are one match away from winning their 20th championship in program history.

Coach John Speraw, who has a chance to claim his fourth title as head coach and his ninth overall, said he thinks about his alma mater’s trophy drought as a process.

“It crosses my mind when I look up at the banners and see that there’s a big gap,” Speraw said. “I think about wanting to fill the gap, but other than that, I feel like, from a process view, we’ve done all the right things necessary to get here.”

UCLA has a chance to win its first NCAA title since 2006, when it defeated Penn State in the final. Long Beach State will make its first appearance since 2004 and has not claimed the national title since 1991.

The 49ers finished the season ranked first in the nation, with their only loss coming in five sets against the Hawai’i Rainbow Warriors in April. UCLA fell to Long Beach in back-to-back matches this season, both in four sets. Junior setter Micah Ma’a said the 49ers will face a different team this time around.

“We were actually just talking about the last time we played Long Beach. (Sophomore middle blocker) Daenan (Gyimah) hit .300 and (freshman outside hitter) Grant (Maleski) was in there and (senior oustide hitter) Jake (Arnitz) wasn’t in our starting lineup, so I think a lot of things are different,” Ma’a said. “It’s hard to say if that’s better or worse against a team like Long Beach, but we’re going to find out.”

Long Beach State setter Josh Tuaniga was named AVCA Player of the Year for the 2017-2018 season, as well as the Lloy Ball Award for the best setting in the country. Tuaniga produces in all areas of the game, with a .479 hitting percentage, .30 aces per set and 10.5 assists per set.

“He brings a little bit more to the table in the sense that his athleticism is crazy,” Missry said. “(Ma’a) gets people involved and although he makes the small plays, he also makes ones that are super hard to make and require extreme athleticism to perform.”

Speraw said he expects a significant challenge from the 49ers in all areas of the game and the Bruins will have to be adaptable.

“The last time we faced them I really felt that it was a match that was played from 10 feet a lot,” Speraw said. “We are going to have to be good at the pins, and attacking and playing good, transition ball when we get more opportunities. They also play with great speed. They are the fastest team in the country.”

The 49ers’ squad also boasts the 2016-2017 Player of the Year in TJ DeFalco. DeFalco was awarded AVCA first-team honors for the third straight year, logging 348 kills on a .375 hitting percentage.

Senior outside hitter Jake Arnitz, who hit for .276 with 10 kills in the semifinal, says said he expects a packed Pauley Pavilion with Long Beach State being just down Interstate 405.

“Saturday will be interesting with Long Beach because they bring a good crowd, being right down the freeway,” Arnitz said. “I think it will be split pretty evenly, but we play in this gym a lot and we’re pretty comfortable in here. So yeah, it’s an amazing feeling to be able to play my last collegiate volleyball game at UCLA. … It’s pretty special.”

The final will begin at 4 p.m. Saturday at Pauley Pavilion. Admission is free to all UCLA students if they present their BruinCards at the box office.