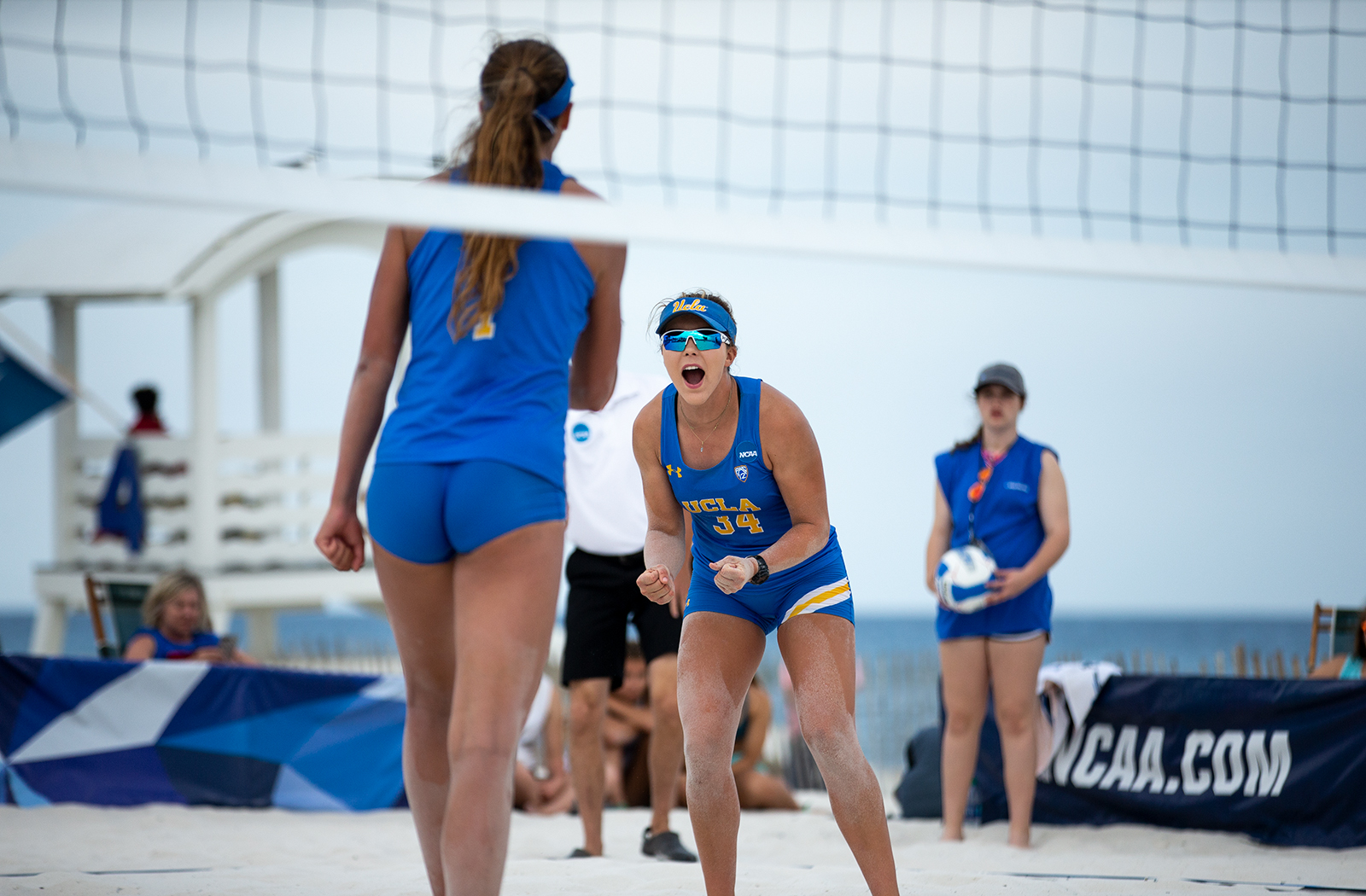 With a tip on court three, senior Elise Zappia clinched the third set and the dual for UCLA. (Aubrey Yeo/Daily Bruin senior staff)

The Bruins’ senior captain kept their season alive – except she didn’t even know it.

Elise Zappia floated a cut shot over USC’s blocker to clinch the dual for the Bruins. But the senior told her teammates she thought the victory was just to take a 2-1 lead.

The Bruins had a chance to seal the dual simultaneously on both courts one and four as both pairs battled it out in the third set.

With a 2-1 lead over the Trojans, juniors Nicole and Megan McNamara fought off two match points on court one, but it was Zappia who finished the job first.

This dual marked the teams’ first ever meeting in the NCAA championship. The crosstown rivals split two games in February, but the Bruins have since then won four straight matches to take down the three-time defending champions.

UCLA trailed midway through the first set on all courts except court one, but came back to take the opening set on all five courts.

Sophomore Savvy Simo and junior Zana Muno exploded for a 6-0 run in their first set to win 21-17. The pair’s momentum carried over to the second set, helping jump out to a 5-0 lead. Muno’s block secured UCLA’s first point to go up 1-0.

However, the Trojans answered by claiming the second set on four courts.

On court five, freshman Megan Muret and junior Izzy Carey trailed for the majority of their first set. Muret’s kill down center court on match point put the Bruins up 2-0 to win their first match of the tournament.

The Trojans, however, couldn’t close out on either courts one nor four and saw their run of a third consecutive national title come to an end.

UCLA will move on to face No. 3-seeded Hawai’i in the elimination bracket finals. The winner of that match will take on No. 4-seeded Florida State in the national championship dual.