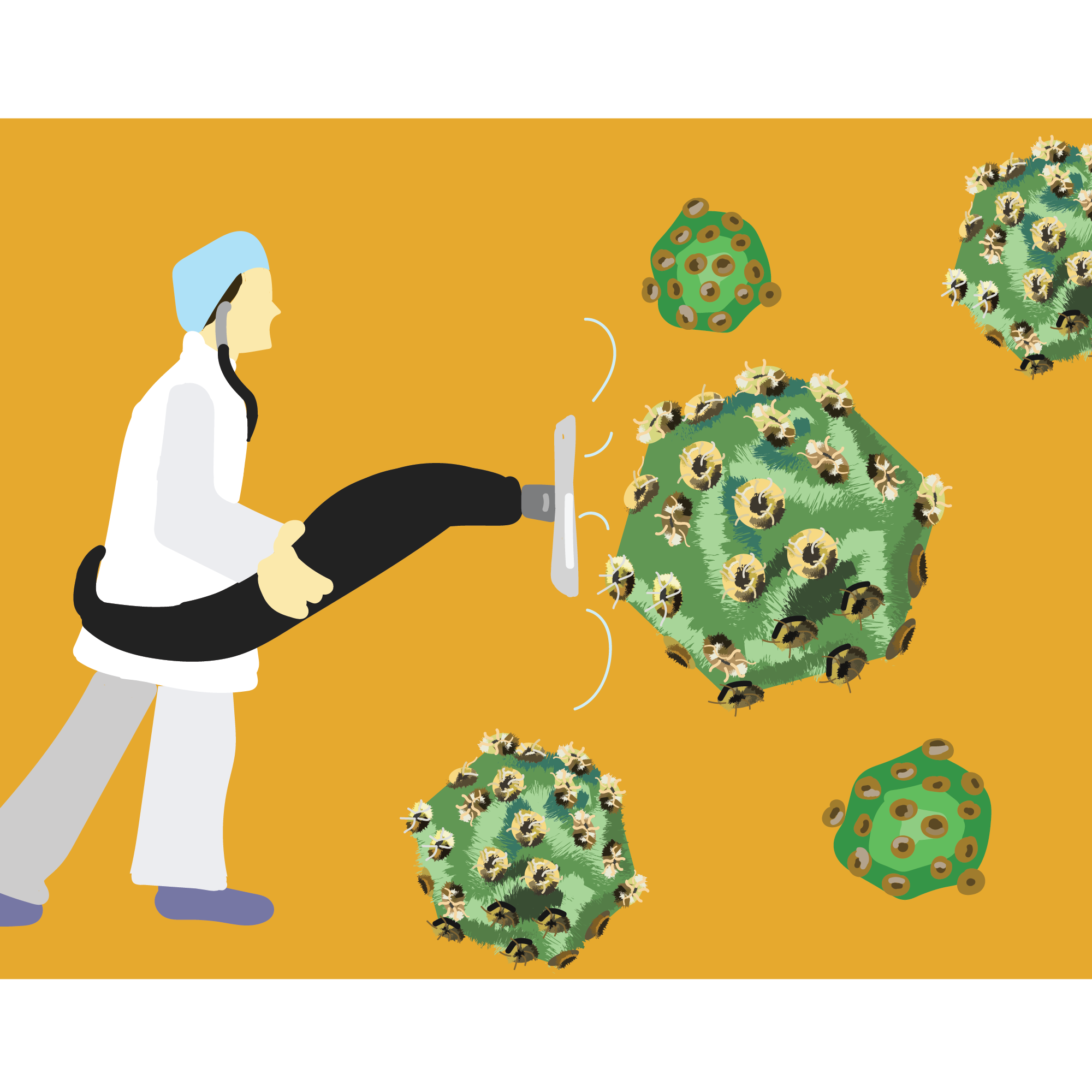 UCLA researchers have found that the way to cure HIV-positive patients may be to activate the virus.

Researchers from the UCLA AIDS Institute and Stanford University developed a synthetic molecule that reactivated dormant HIV in cells. The molecule killed one-quarter of infected cells within a day. The researchers demonstrated the molecule’s effectiveness in mice and published their results in September in the scientific journal PLOS Pathogens.

The human immunodeficiency virus enters cells and changes its own RNA to DNA, which becomes part of the DNA of the host cells, said Matthew Marsden, an assistant professor of medicine in the division of hematology and oncology and leading author of the paper. The host cells then produce copies of the virus that can infect other cells.

Anti-retroviral medications reduce the amount of HIV in an infected person by preventing the virus from multiplying, said Christina Ramirez, a professor of biostatistics at UCLA Fielding School of Public Health, who also worked on the project. Without medications, HIV would destroy immune system cells and leave the patient vulnerable to infections by other pathogens.

“I think (anti-retroviral medication) is a triumph of modern medicine,” Ramirez said. “(HIV) is not the death sentence that it used to be.”

However, some infected cells do not actively produce new viruses and are not affected by anti-retroviral medications, Marsden said. He added HIV can hide and persist indefinitely in certain long-living immune system cells, and their research aims to eliminate this latent HIV reservoir of cells.

Ramirez said if a patient were to stop taking their medications, the latent HIV would emerge from the long-living immune system cells and replicate unchecked.

She added patients who do not take their medications daily might develop resistant HIV strains, which have limited treatment options.

“HIV is genetically unforgiving,” Ramirez said. “It keeps a library of its resistant mutations.”

Marsden said HIV patients have about 1 million blood cells that are latently infected. He added many researchers believe all of those latent cells need to be eliminated in order to cure HIV.

But scientists need to reactivate the dormant virus to deplete the latent HIV reservoir of cells, said Jerome Zack, director of the UCLA Center for AIDS Research and senior author of the paper.

“You have to wake the virus up for it to be treatable,” Zack said. “Otherwise the (infected) cell looks like a normal, uninfected cell.”

Zack said researchers have previously found naturally occurring molecules that reactivate HIV in latently infected cells. The cells die from the reactivated virus or from the immune system recognizing and eliminating them.

If the patient is still on anti-retroviral medication during the process, the reactivated virus cannot infect other cells, he added.

However, these reactivating molecules can also cause uninfected cells in the immune system to trigger a toxic immune response, Zack said. In general, the more effective the molecule is at reactivating latent HIV, the more toxic it is to the body.

“There’s an important balance between tickling the virus and not overactivating the immune system,” Zack said.

To design an effective and safe molecule, the researchers optimized an existing but toxic reactivating compound called bryostatin, Marsden said.

The scientists tested their molecule with HIV-infected mice that were implanted with human tissue so their immune systems resembled those of humans.

Zack said the results of their experiments show their synthetic molecule is more effective at reactivating latent HIV and safer than existing compounds. He added the molecule also kills some of the reactivated cells.

Marsden said he thinks the results are promising and future experiments might test their molecule over longer periods of time or with repeated dosing. In addition, the team has found compounds that could synergize with their molecule to eliminate more latently infected cells, he added.

“For a long time, people thought the challenges were just too great,” Marsden said. “HIV hides in the (DNA) of cells that survive for decades, and you have to get every single one in order to fully cure the person.”

He added reports of a cured HIV patient, as well as patients whose immune systems can suppress the virus for many years without anti-viral medications, have made researchers focus on finding a universal cure for HIV.

“These patients made people think, ‘Maybe this is possible,’” Marsden said. “Even if it’s challenging, maybe it’s possible to cure people.”