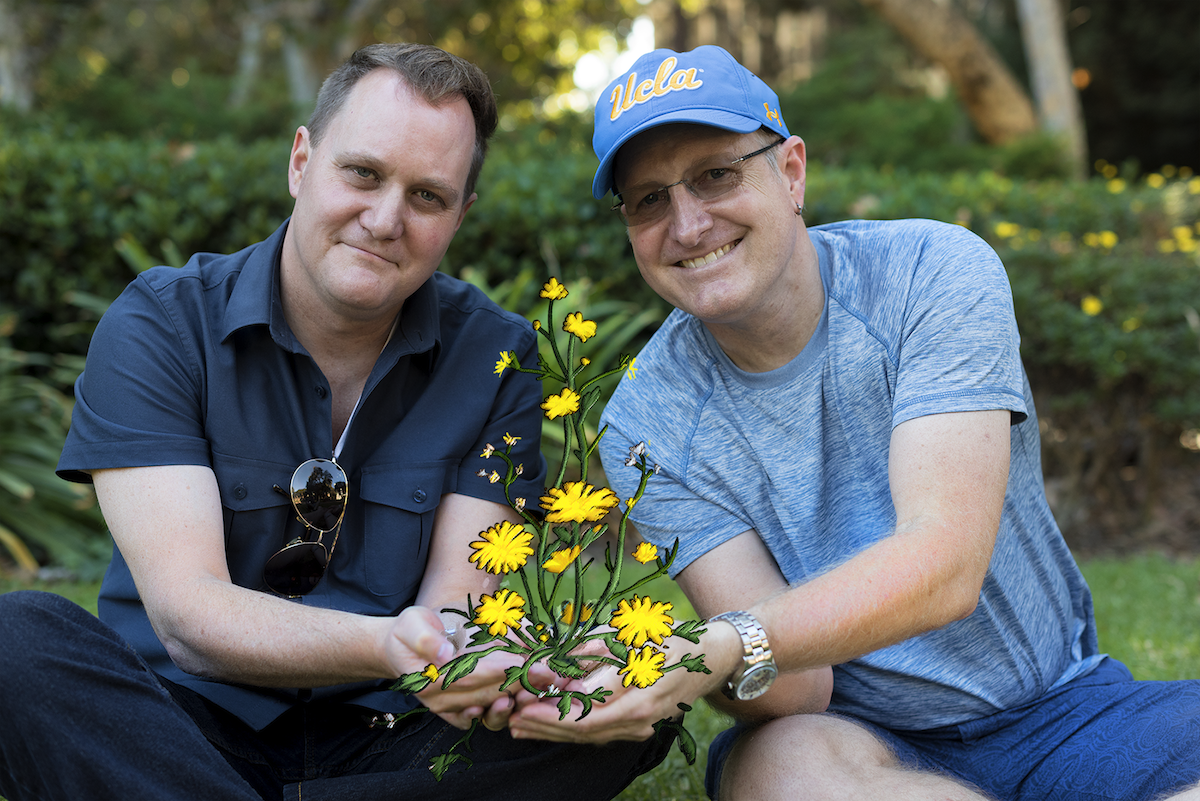 Kevin Hudson was weeding his front lawn when he suddenly felt a burst of empathy for a dandelion.

He looked over at his neighbor’s yard, which she kept empty except for some dirt and a few dandelions, and Hudson said he couldn’t help but think that if he were a dandelion, he’d prefer to be in his own well-maintained yard. It was then that the UCLA alumnus realized he had the perfect idea for an animated short film.

“Weeds” expands on the idea of wanting to find a new home, telling the story of a dandelion born on the wrong side of a driveway. As the dandelion looks across from its dry, desolate yard to the sprinkler-filled, lush green paradise across the way, it must decide whether or not to uproot itself and risk crossing the dangerously hot driveway for a better life. The two-minute, 48-second film, which will screen this weekend at the SPARK Animation Film Festival, serves as a metaphor for immigration and refugees, exploring themes of empathy and hardship through a simple story, Hudson said.

“It really came down to (the idea) that if we can make people feel for something as small and insignificant as a little dandelion, then maybe we could make them feel something a little more for their fellow human being,” Hudson said.

Hudson, who wrote and directed “Weeds,” said he had his lawn epiphany in the midst of the 2016 election, when the discussion around immigration and refugees had taken an ugly turn. He suddenly realized the dandelion’s struggle was representative of the challenges many immigrants and refugees faced, he said.

“You just look at this innocent little plant – it’s by no means of its own fault stuck in that yard,” Hudson said. “If we can get people thinking about that plant and what it’s going through, then maybe they’ll think twice when they start to think poorly of another human being.”

Hudson, who works as an asset artist at Walt Disney Animation Studios, began developing the project through the company’s cooperative filmmaker program, which allows employees to work on their own independent projects using the company’s software and equipment, so long as they do so on their own time.

Making the film through this program meant putting together a crew of Hudson’s fellow co-workers who were willing to work on the film on their own time. Hudson approached people he had worked with before, using the film’s story and message to convince people – such as effects animator Erin Ramos, who animated the dust in the film – to donate their time.

“I love the idea of trying to create a better situation for yourself,” Ramos said. “It really resonates with me since I grew up from an immigrant family … so I kind of related to the message that the short was giving.”

The film’s theme also attracted Brad Simonsen, one of Hudson’s friends and co-workers who became the film’s producer. The story spoke to Simonsen on a personal level – his wife immigrated to the U.S. from Thailand, and after helping complete the paperwork, he realized just how difficult the process could be. Simonsen said he liked the film’s ability to convey a subtle yet distinct political message without being too overt or distracting.

“The tone that a filmmaker achieves with theme through nuance is very, very difficult,” Simonsen said. “To have a movie that doesn’t beat you over the head with its message, that can make you laugh, can make you cry, and then make you reflect at the end on a social issue – it’s very rare.”

The design of the main character, a determined dandelion who just wants to get to water, was essential in highlighting the struggle that immigrants and refugees might face while seeking a better quality of life. The artistic concept presented a challenge because the dandelion’s petals, leaves and movement had to convey all of the character’s motivations and emotions.

“I knew we could tell the whole story without any dialogue … because if there was one studio that could make people feel something for a weed, it would be the people at Disney,” Hudson said.

The crew completed production for the film on Aug. 30 and have since submitted it to several festivals, including the Palm Springs International Animation Festival and the SPARK Animation Film Festival. Hudson and Simonsen are also planning to release the film online for a limited period around Thanksgiving. Simonsen said he hopes the film is seen by people across the world because of the universality of the film’s message.

“My hope is that it does reach a global audience and it just makes people, for a moment, reflect on what is good in the world, that we are all struggling with something and the refugee crisis in the world is real,” Simonsen said. “I hope that just for a moment, people reflect on that and realize that we need to recognize it and do our part.”