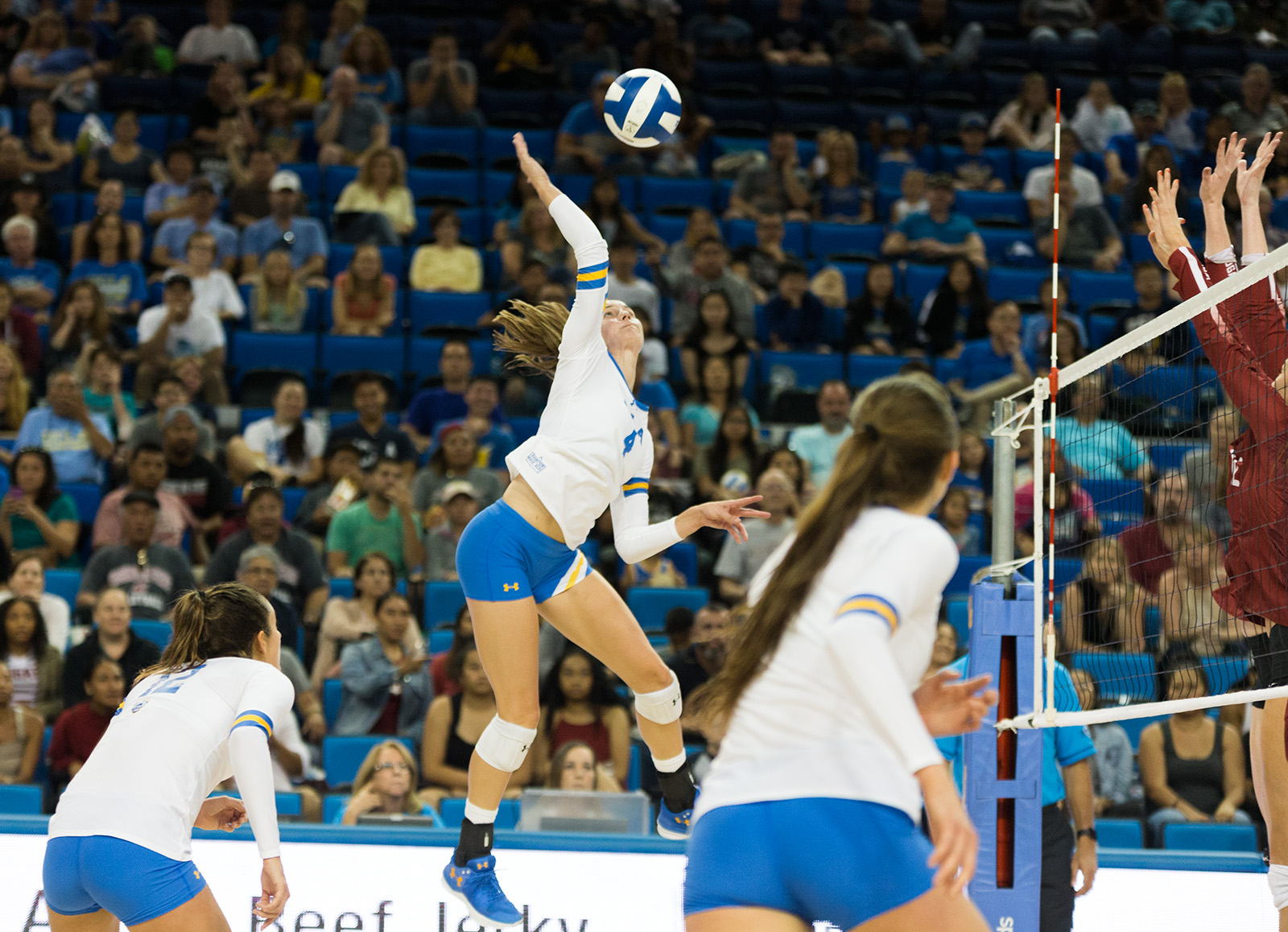 No. 2 UCLA returned its winning ways by taking down No. 9 Pepperdine 8-7 behind a three-goal performance from freshman attacker Chasen Travisano. It was the second hat trick of Travisano’s young career.

The Bruins will play a pair of games this weekend against No. 15 California Baptist and No. 7 Long Beach State.

No. 1 USC improved to 18-1 with an overtime win over Long Beach State as well as a 6-3 victory against No. 8 UC Santa Barbara on Sunday.

No. 3 California blew out unranked Santa Clara by a score of 21-9. Junior attacker Johnny Hooper led the way with three goals.

California will take on No. 6 UC Irvine, who knocked off then-No.1 UCLA last week, in Berkeley on Saturday.

As for No. 4 Stanford and No. 5 Pacific, the two teams faced off in Stockton this weekend where the Cardinal took home a convincing 12-7 road victory.

Stanford will face nothing but conference teams for the rest of the season, with Washington (9-3, 2-1) next on their schedule.

The Huskies recently had a six-game winning streak snapped by the Bruins in a 1-0 overtime loss. Washington has not won either of its contests that have gone into overtime so far this year.

The Aztecs also have not scored a single goal in that four-game slide and have allowed 11 goals.

Arizona toppled then-No. 15 USC in three sets Friday for its first conference loss of the season. The Wildcats held the Trojans to a match hitting percentage of .140.

Washington State took down then-No. 25 Colorado in four sets Friday. This was the Cougars’ first win this year over a ranked opponent.

Senior outside hitter Adora Anae tallied 25 kills to earn her Pac-12 Offensive Player of the Week honors. The match put her at 1,635 total kills in her career, which makes Anae Utah’s all-time career kill leader.