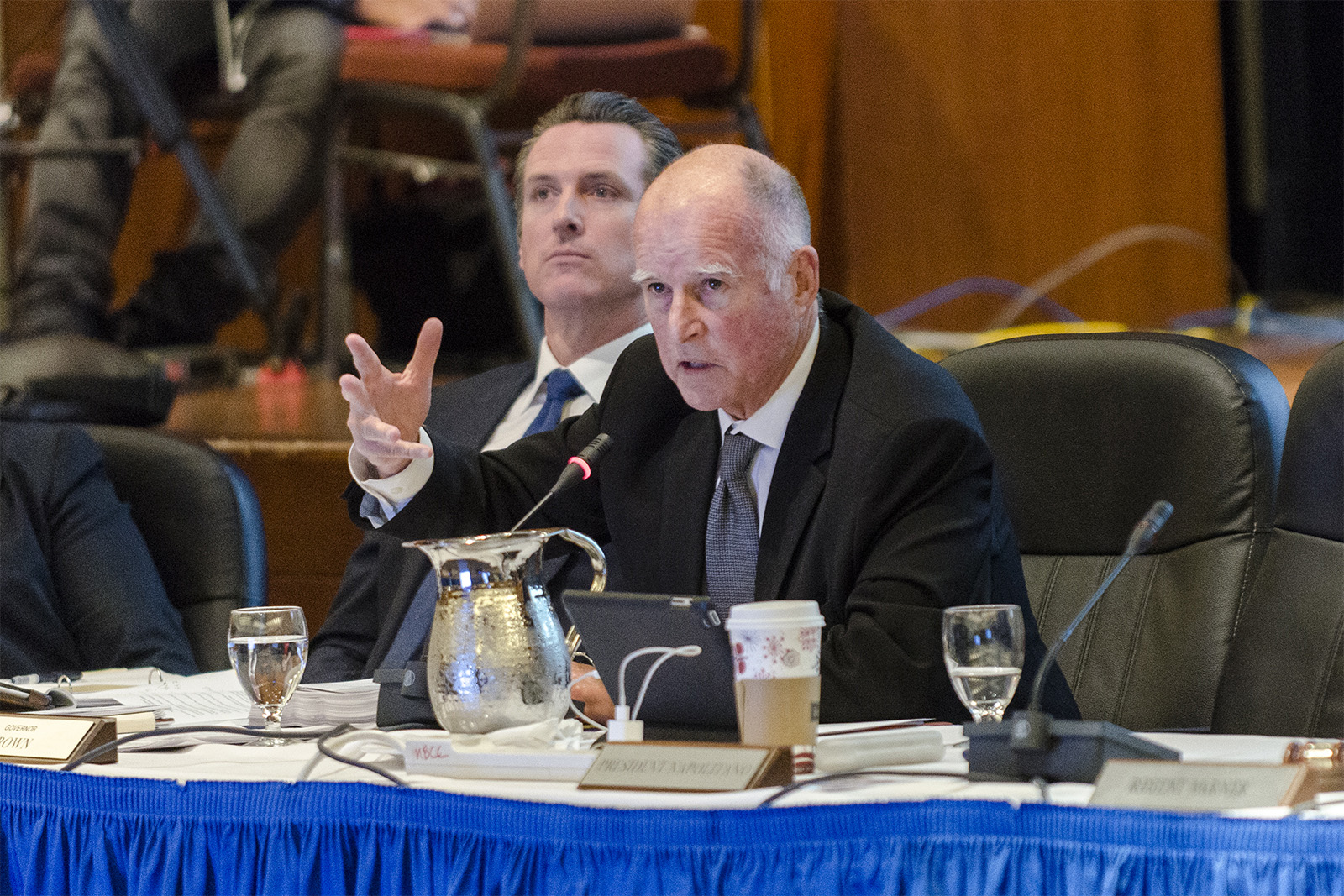 Gov. Jerry Brown signed a $125 billion state budget Tuesday for the 2017-2018 fiscal year that slightly raises state funds for the University of California, but links some funding to certain conditions.

A $131.2 million increase, or about 4 percent from last year, comes as part of the 2015 budget agreement between Brown and UC President Janet Napolitano to keep tuition steady for the two years that followed, and an increase of $5 million will support 500 additional graduate students in the 2017‑2018 academic year.

Brown also set aside $50 million for the UC, with its release conditional to the certification of several requirements, including the elimination of certain benefits for UC senior managers, commitment to disclosing additional information as part of the annual budget process and adoption of recommendations made by the state auditor to the UC Board of Regents and the UC Office of the President.

These recommendations include developing a method for weighing comparable public and private sector pay data when establishing salaries for all positions and creating a plan for reallocating funds to campuses that UCOP saves as it reduces its staffing costs.

A state audit report released in April found the UC had misleading budget practices, failed to disclose a $175 million surplus to the UC Board of Regents and provided more generous benefits to some of its senior employees than other state employees with similar job titles. The UC disputed some of the audit’s conclusions, including the calculation of the surplus and that some systemwide initiatives were unjustified.

UC spokesperson Claire Doan said in an email the UC expects to meet all requirements for the release of the $50 million, including the implementation of all 33 of the state audit’s recommendations.

“UC welcomes the preservation of funding for the Middle Class Scholarship in the state’s 2017-18 budget, as well as the additional $5 million to enroll 500 more graduate students,” Doan added.

Brown had proposed phasing out the Middle Class Scholarship in his January and May budgets, but the state legislature voted to keep the program.

The budget also specifically appropriates $348.8 million for UCOP, with a corresponding reduction in UC’s base funds, conditioned on UCOP’s certifying in writing to the director of finance that there will be no campus assessment for support of its operations in 2017‑18.

Doan said in a statement the University continues to believe the Board of Regents is best placed to provide fiduciary oversight of the University, which includes UCOP.

About $175 million in one-time funds for the UC includes $169 million in Proposition 2 debt funds to pay for the University’s unfunded retirement liabilities. Another $2.5 million from the state General Fund would be used to encourage campuses to become “hunger-free campuses,” which aims to reduce hunger through programs like food pantries and donation of unused meal plan credits.