No. 2 men’s volleyball anticipates underdog role at No. 4 BYU 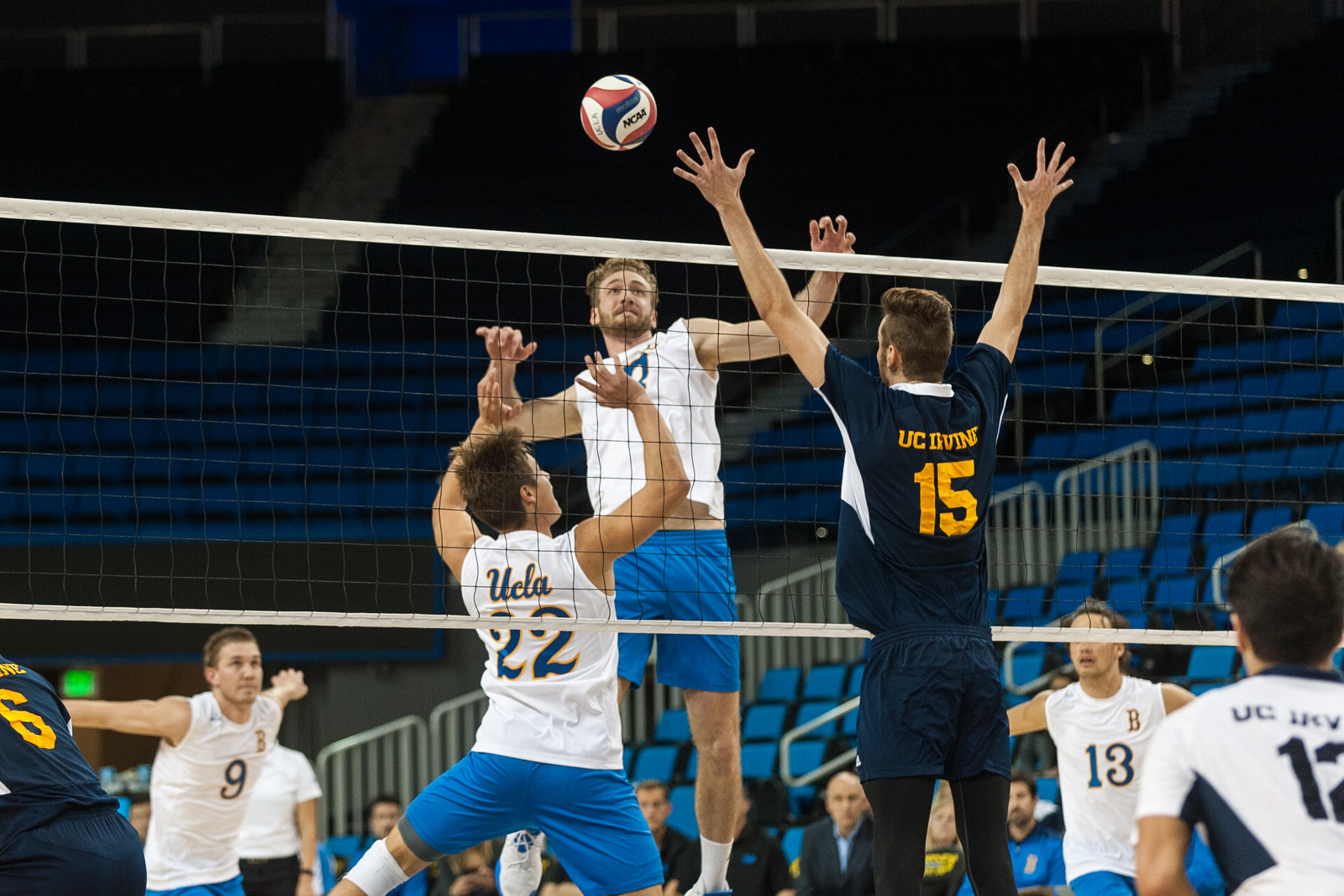 It’s been eight years since the UCLA men’s volleyball team has won at BYU.

“It’s the hardest place to play in the country,” said senior middle blocker Mitch Stahl. “It’s the altitude, they have 5,000 fans and they’ve got three of the best pin hitters in the country. It’s crazy.”

UCLA dropped both games at BYU in 2015 and couldn’t produce a win last season either, despite having a home-court advantage.

Stahl said it is tough to accurately simulate the attack of the Cougars, who can reach over 12 feet, as they boast three of the nation’s best pin hitters in Jake Langlois, Ben Patch and Brenden Sander.

“It’s nearly impossible to do,” Stahl said. “We don’t have a pin hitter who’s just going over people. We just have to watch some film and remember what they did last time. … That’s the only way you can simulate it. You can’t really do it in practice.”

Speraw noted that BYU’s physicality presents a challenge for his players, who comparatively aren’t as big in size.

Serving has been an asset for the Bruins this season, but they could find it harder to capitalize on, due to the elevation in Provo.

“It’s a great volleyball atmosphere, you don’t get that anywhere else except for Hawaii,” said senior libero Jackson Bantle. “There’s of course the altitude, and as we are a serving team, that’s going to be really tough. … You just have to be that much more focused and that much more precise.”

Speraw said that playing in environments like the Smith Fieldhouse isn’t that common in the sport of volleyball, at least domestically.

“So when you have an opportunity to do that, you have to love it,” Speraw said. “You have to love being the underdog and being in an environment where everyone’s against you. So, I’m looking forward to it, and I think if we all take that attitude, it’ll be a lot of fun.”