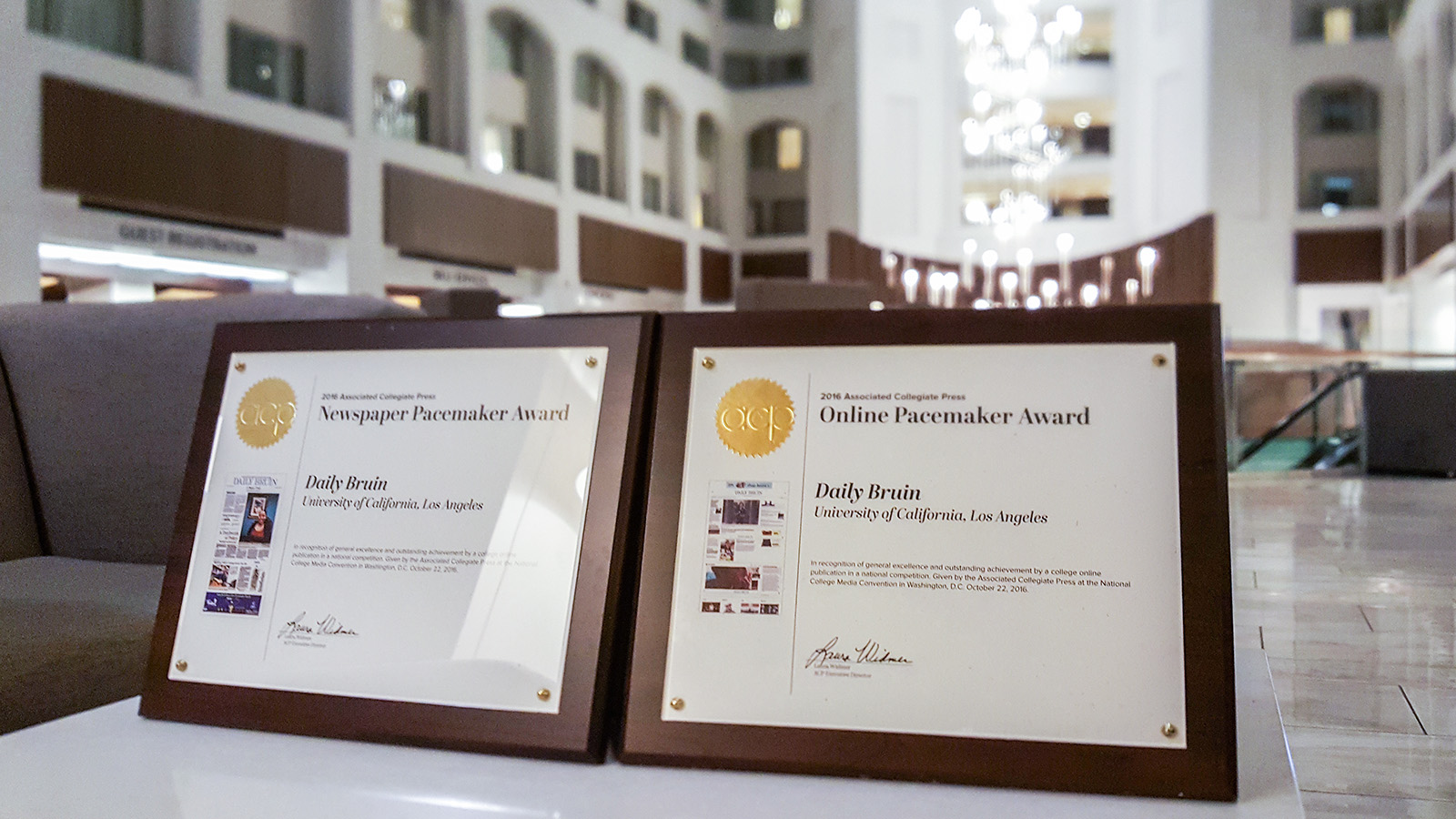 Correction: The original version of this article incorrectly stated prime magazine received its first nomination this year. In fact, the magazine won the Pacemaker award in 2012 and 2013.

The National Pacemaker Awards, considered the most prestigious honors in college journalism, are awarded by the Associated Collegiate Press to the nation’s top college media outlets. Pacemaker awards are given in four categories: newspaper, online, magazine and yearbook.

The Daily Bruin has now won five Newspaper Pacemaker Awards in its history, the most recent previously coming in 2014. This marks the second Online Pacemaker Award for The Bruin and its first since 2005.

At Saturday’s awards ceremony, the Daily Bruin was also inducted to the Associated Collegiate Press Hall of Fame, the organization’s highest honor, which recognizes college media outlets that have won or been a finalist for at least 15 Pacemaker awards since 1970.

Prime, the Daily Bruin’s quarterly lifestyle, arts and culture magazine, was named a finalist for the Magazine Pacemaker Award at Saturday’s ceremony. The magazine previously won in 2012 and 2013.

The Pacemaker awards mark the second national recognition given to the Daily Bruin this year. In May, The Bruin was named among the top three college newspapers in the nation by the Society of Professional Journalists.