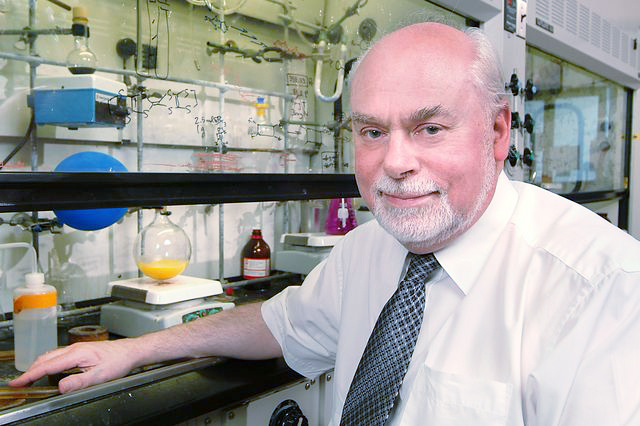 James Stoddart, a professor emeritus of chemistry, will receive the 2016 Nobel Prize in Chemistry for building molecular machines. (Courtesy of UCLA)

Stoddart, Sauvage, and Feringa were awarded the Nobel Prize for building molecular machines, specialized molecules that could be harnessed to perform controlled tasks. The Royal Swedish Academy of Sciences, which awards the Nobel Prizes yearly, called them the world’s smallest machines.

Stuart Wolpert, a UCLA spokesperson, said in a statement that Stoddart was recognized for building rotaxane in 1991, a mechanism that uses a circular molecule ringed onto an axle to power everything from molecular elevators to artificial muscles.

In 2007, Stoddart used the same technology to build miniature computer chips built from molecules that are smaller than existing silicon chips.

Stoddart will be officially awarded the prize in Stockholm, Sweden on Dec. 10.