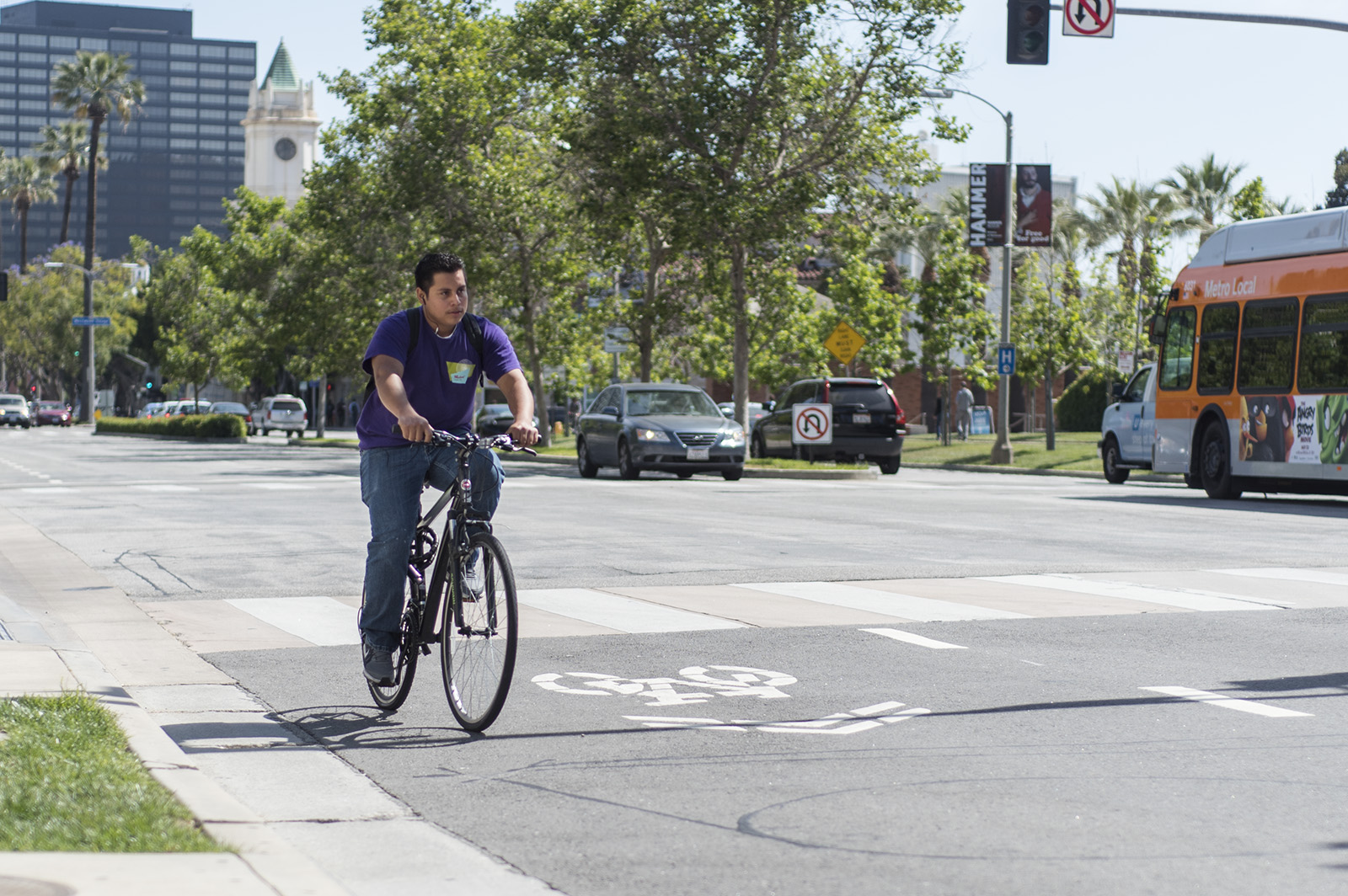 Student cyclists who violate cycling regulations will be able to take a short online safety course instead of receiving a citation on their driving record. (Daily Bruin file photo)

Cyclists who receive a citation will be able to complete an online course to have their citation dismissed.

Cited cyclists may choose to take the course once every 12 months instead of receiving a punitive mark on their driving record. The course costs $75 and takes approximately an hour to complete.

Citation fees, on the other hand, can cost upwards of $300, said David Karwaski, senior associate director of UCLA Transportation.

According to the California Vehicle Code, cyclists are held to the same standards as drivers and may be penalized for running stop signs and having unsafe brakes, among other infractions.

Transportation services and UCPD wanted to ensure safety on UCLA’s dense campus and started discussing the program a year ago, Karwaski said. A team of UCPD and UCLA Transportation staff pitched BikeSafe to the Los Angeles Superior Court, which was pleased to cooperate because it was overwhelmed with citation cases, Karwaski said.

He added the court hopes other Los Angeles municipalities take on this idea.

Student cyclists said they would rather take the course because it costs less than a citation.

Jasmine Mok, a fourth-year linguistics and computer science student, said she has never received a citation but would prefer to take the course if she ever received one. She added she thinks it would help cyclists become more aware of cycling rules.

Jonathan Sherwood, a graduate student, said he didn’t know cyclists could receive citations, but he would take the course to remove one on his driving record.