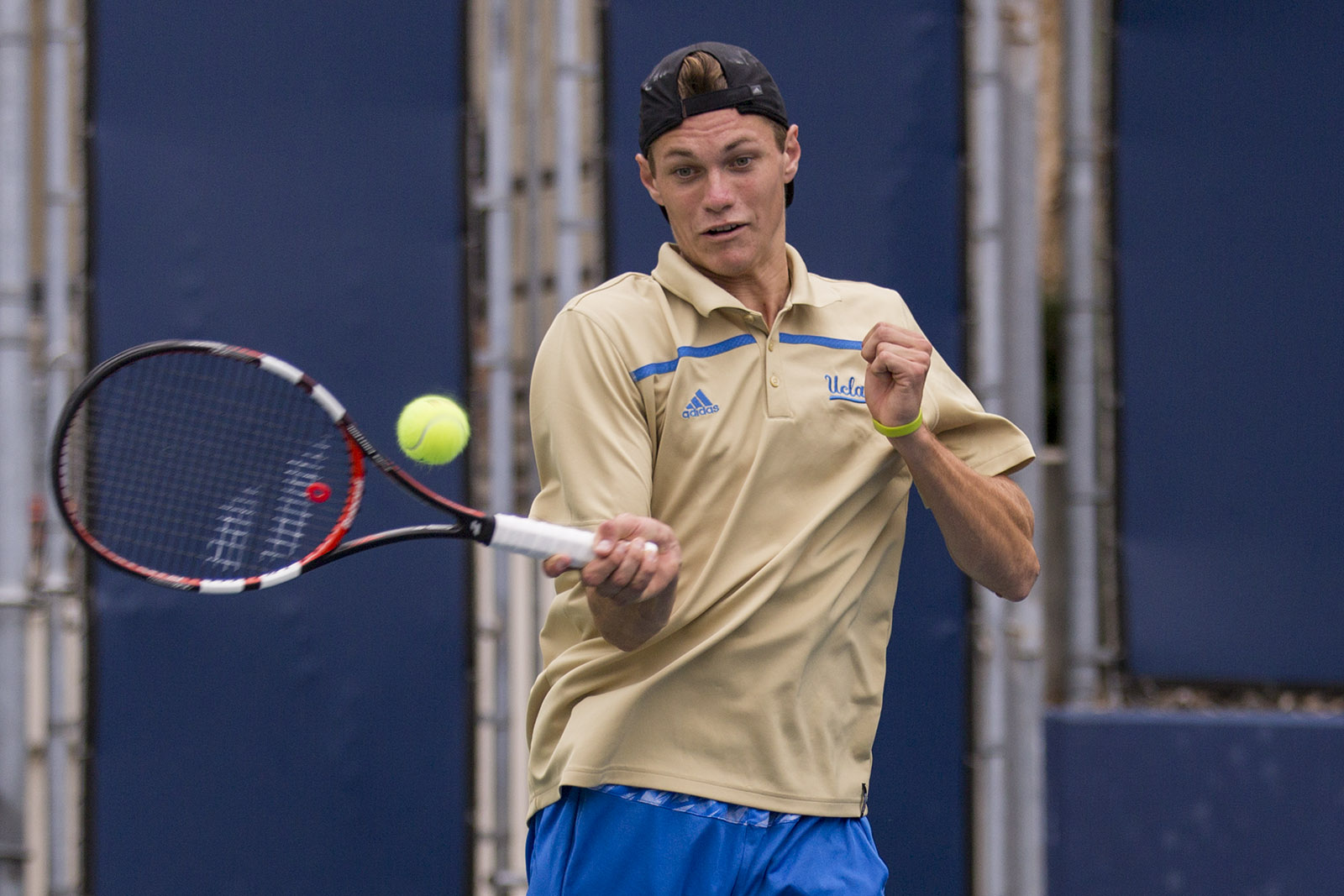 One player to keep an eye on is sophomore Austin Rapp, who will be making his return from injury to team up with junior Gage Brymer once again.

Rapp sprained his left ankle in UCLA’s semifinal match at the 2016 ITA Division I National Men’s Team Indoor Championship and missed the subsequent three dual matches. Before the injury, Rapp was the team’s No. 6 singles player, and he and Brymer were the No. 3 doubles team, forming the nation’s No. 60 duo. In Rapp’s absence, freshman Max Cressy stepped up in his doubles spot and Di Giulio competed at No. 6 singles.

The seeded UCLA teams are Di Giulio and Sell at No. 4, followed by sophomore Martin Redlicki and Cressy at No. 7. Also competing for UCLA are sophomore Logan Staggs and redshirt senior Ryoto Tachi.

The tournament runs Thursday to Saturday at the La Jolla Beach and Tennis Club.