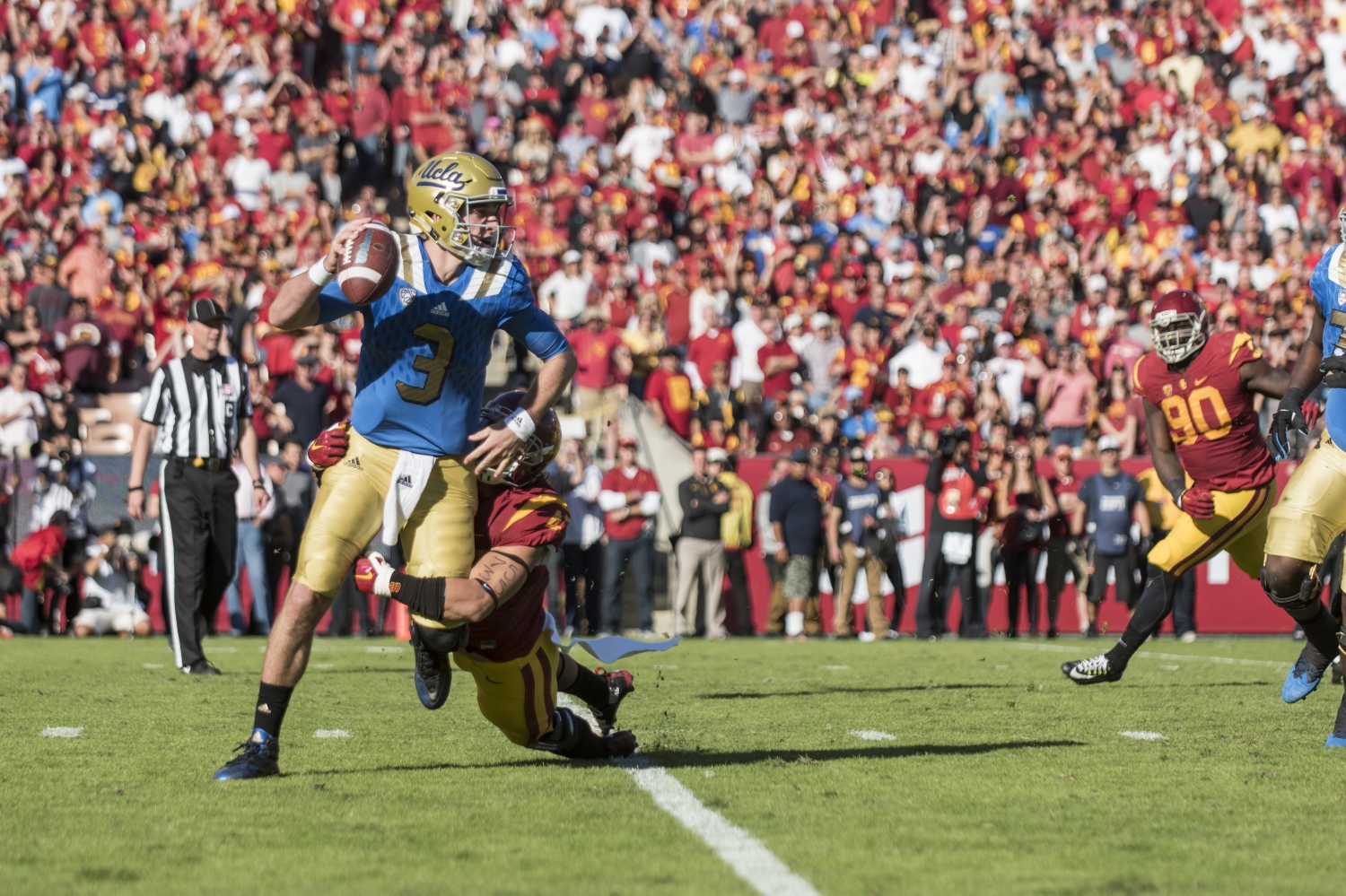 Freshman quarterback Josh Rosen garnered these nicknames and more when he arrived at No. 22 UCLA (8-4, Pac-12 5-4) as the country’s top quarterback recruit – and he lived up to them.

The rookie strung together 350 passing yards in his collegiate debut, 19 touchdowns on the season and 245 attempts without an interception for what was a nationally applauded freshman season. For all the hype and attention, the rookie played in accordance with expectations.

Rosen threw two interceptions, one touchdown and was sacked three times in the Bruins’ season-altering loss to the Trojans at the Los Angeles Memorial Coliseum.

“There’s a lot of plays that I wish I had back,” Rosen said. “I just didn’t play like myself, and that’s frustrating.”

Winning meant a Pac-12 championship berth, but the loss spells a mid-tier bowl game and a four-loss season.

Coach Jim Mora and the majority of his squad had never lost to UCLA’s crosstown rivals and never had more than three losses on a season. That all changed Saturday when USC outgunned and outmatched UCLA for the Trojan’s first Pac-12 championship bid.

“Obviously it goes without saying that there’s an incredible amount of disappointment in our locker room today,” Mora said. “We worked very, very hard this week … and we just couldn’t perform as well as we could to get the (win).”

There was no scheme that could bail Rosen out of his passing struggles, either. The Trojans caught on to redshirt junior running back Paul Perkins early, limiting him to 95 yards on 17 carries. Twice USC stuffed the run and forced Perkins to lose yards, stripping away his trademark ability to run up the middle, which he exploited for the Bruins’ first touchdown of the game.

“They were a good defense. They came in with a very good gameplan and that just at the end of the day beat us,” said senior center Jake Brendel. “They brought nothing that we hadn’t seen before.”

So as the afternoon light faded above the Coliseum Saturday, the sun appeared to set on UCLA’s season as well. Any chance the Bruins had at a conference championship or a prominent bowl game was gone, replaced by aspirations to perform better next year.