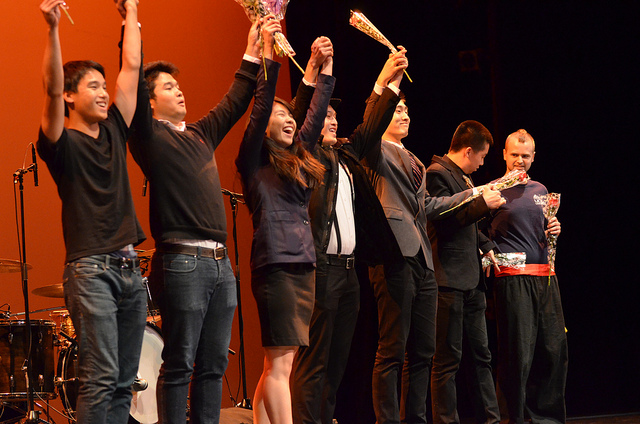 “UCLA stands for UC Lots of Asians.” I’m sure you have heard that one before.

Asians are everywhere at UCLA – 34 percent of undergraduates, to be exact. Around 15 percent of the Ivy League students is Asian, even as that number is 4.8 percent nationally. Those are facts. But what everyone wants to know is – why? Why are Asians so well-represented at top schools?

This question has been asked, and attempts have been made to answer it since the 1960s, when the postwar boom was in full swing and the federal government finally lifted restrictions and ended quotas on immigration. The explanation that we are most familiar with sounds like this: Asian Americans, imbued with cultural values that include respect for elders and obedience to authority, have worked diligently toward ensuring a brighter future for their children and have largely succeeded – all with little to no help from the government or elsewhere.

Amy Chua, the Yale law professor now infamous for a 2011 headline she did not write in the Wall Street Journal, “Why Chinese Mothers Are Superior,” channeled these old culturalist explanations of success in her memoir, “The Battle Hymn of the Tiger Mother.” The article reinforced wrongheaded notions that all Asian parents were strict, overbearing and highly ambitious.

Her newest work, “The Triple Package,” is a travesty of a social science book that manages to double down on the culturalist interpretation of success. It suggests that these explanations remain highly attractive despite decades of research indicating that Asian academic achievement is connected to government policies and social institutions. The myth that Asian cultural values explain success continues to be repeated after half a century, oversimplifying the complexities and history of Asian Americans.

Overgeneralizations offered in the model minority myth’s explanation of success that Chua perpetuates are old hat. The 1965 Moynihan Report, a study by the U.S. Department of Labor, made the controversial and lasting claim that black Americans lived in a “culture of poverty” that they needed to escape if they wanted to be upwardly mobile.

One year later, UC Berkeley sociologist William Pettersen published “Success Story, Japanese-American Style” in The New York Times Magazine. The essay used the Japanese American community as an example of a group that has made it in America despite hardship, having been incarcerated by the government just decades before. It is considered the first work to depict Asians as a model minority and has had a great impact on the public discourse on Asian Americans.

Recently, social scientists have begun to move away from culturalism to understand ethnic behavior or success, choosing instead to look at government policy, history and institutional factors. Such social structural analyses largely refute purely cultural notions of Asian success.

UCLA sociologist Min Zhou and UC Irvine sociologist Jennifer Lee’s research on Chinese and Vietnamese Americans in Los Angeles found that these groups were disproportionately well-educated compared to their counterparts in both their countries of origin and in the United States.

In their recently published book based on their study, “The Asian American Achievement Paradox,” this phenomenon is known as “hyper-selectivity.”

Zhou and Lee’s study also accounts for why Vietnamese Americans, some of whom arrived penniless as refugees, have also achieved remarkable academic success among their second generation.

Zhou has found that the Vietnamese are concentrated in ethnic communities with robust and accessible resources for educational success, and that is no exception in Los Angeles, where even poor Vietnamese benefit from being in the company of educated counterparts and Chinese Americans. As refugees, they also benefited initially from government assistance that other minority groups in the United States never received, notably through the 1975 Indochina Migration and Refugee Assistance Act.

The pair of UC sociologists even suggested that Mexican Americans are more successful than Chinese Americans in terms of net gain between the first generation and the second. The former group has experienced leaps and bounds in educational attainment, while growth for the already-educated latter is comparably modest.

Their research strikes a chord to me – I was raised in a Chinese immigrant “ethnoburb” in the nearby San Gabriel Valley, and experienced firsthand the strength of a college-going culture reinforced by Chinese newspapers, radio, and ethnic resources like test preparation centers. Many of my peers, even those who are descendants of uneducated farmers, are now attending four-year universities like UCLA.

The simplest refutation of Asian educational success, however, is this: not all Asian immigrant children are successful in the first place. Most of them, at my school and around the country, in fact, attend community colleges – hardly a marker of exceptional academic achievement. Another critical detail? Asian Americans are an incredibly diverse group, and not all subgroups are equally successful.

Culturalist interpretations of Asian educational success have limited explanatory power and crumble in light of structural and historical analyses. It makes me a little sad to say this, but there’s nothing special about being Asian that makes me smarter than you – or anyone else, for that matter. I am just a consequence of government policy and history.

Oh, and the child of two college-educated parents.