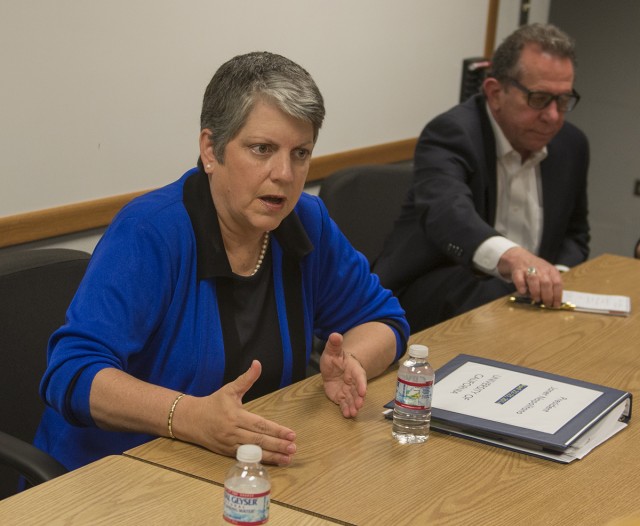 On Tuesday, the University of California launched an academic road map for students seeking to transfer to UC campuses.

The program, called Transfer Pathways, outlines courses California Community College students should take to prepare transfer to any of the UC campuses and graduate within two years after they transfer.

The program was launched under the UC Transfer Action Team created by UC President Janet Napolitano as a part of her initiative to better serve transfer students from community colleges.

Shelly Meron, a spokeswoman for the UC Office of the President, said the road map covers 10 of the most popular majors at the UC, including anthropology, biochemistry, biology and economics. The University also plans to create pathways for 11 more majors later this year, Meron said.

She added the program will unify transfer course requirements across all nine UC campuses.

“Previously, different campuses had different requirements,” Meron said. “Now that all campuses will have the same requirements, the transfer process will be easier for students.”

Audrey Dow, vice president of external affairs and operations at The Campaign for College Opportunity, which advocates for more opportunities for higher education, said she thinks the program will help streamline the process of transferring to the UCs.

“Since the majority of first-generation and underrepresented students start their education in community colleges and want to go on to graduate from four-year universities such the UC, the program will be beneficial to them,” she said.

Dow added she thinks the program will help fix what she calls a broken transfer system in California as students earlier were not able to fulfill requirements for several UC campuses. She added that the California State University similarly streamlined its transfer process, including the Associate Degree for Transfer program that guarantees community college students admission to the California State University system.