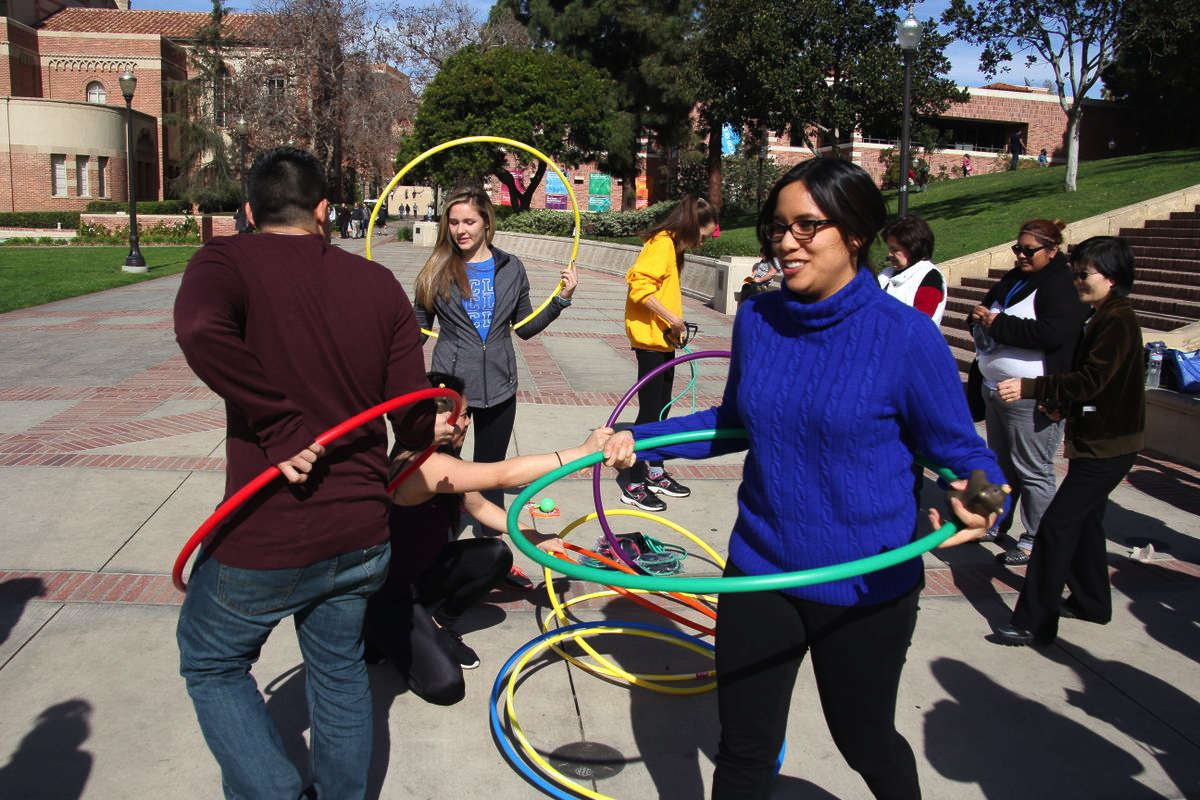 A national health organization selected UCLA as one of 20 American universities last month to participate in a nationwide Healthier Campus Initiative.

As a new member of the Partnership for a Healthier America, or PHA, initiative, UCLA has three years to implement 23 guidelines aimed at promoting an environment of overall physical and mental health on campus, including offering more fruits and vegetables at on-campus restaurants as well as providing marked biking and walking paths.

Started in January 2012 by philanthropists Jane and Terry Semel, the UCLA Healthy Campus Initiative, or HCI, is designed to promote health awareness and overall wellness among the students and faculty of UCLA. To reach students, the initiative funds outside speakers and student programs, including building gardens on campus.

“Now that PHA is involved, we can really stretch some of our thinking of what we do on campus,” Slusser said. “It will challenge us further and give us the opportunity to share with other universities and learn from them.”

Since 2012, the Healthy Campus Initiative has worked with students on campus, funding more than 30 projects aimed at promoting the initiative’s philosophy of maintaining health and wellness. Each year, both student groups and faculty are given the opportunity to write proposals for submission to the Healthy Campus Initiative with the hopes of being awarded a grant to execute their ideas.

One of the student groups awarded a grant, DigUCLA, received funding from the initiative to build a community garden on campus with the intent of educating students about food production.

Ian Davies, a fourth-year environmental science student and garden coordinator for DigUCLA, said he became involved with the program to develop a more localized and personal food connection as well as educate people about the environmental consequences of modern, corporate food production.

“HCI is important because it plays a niche role – it is one of the few funding organizations interested in teaching students beyond academia,” Davies said. “It helps coordinate people who share similar goals and give people skills that are much needed for a healthy life.”