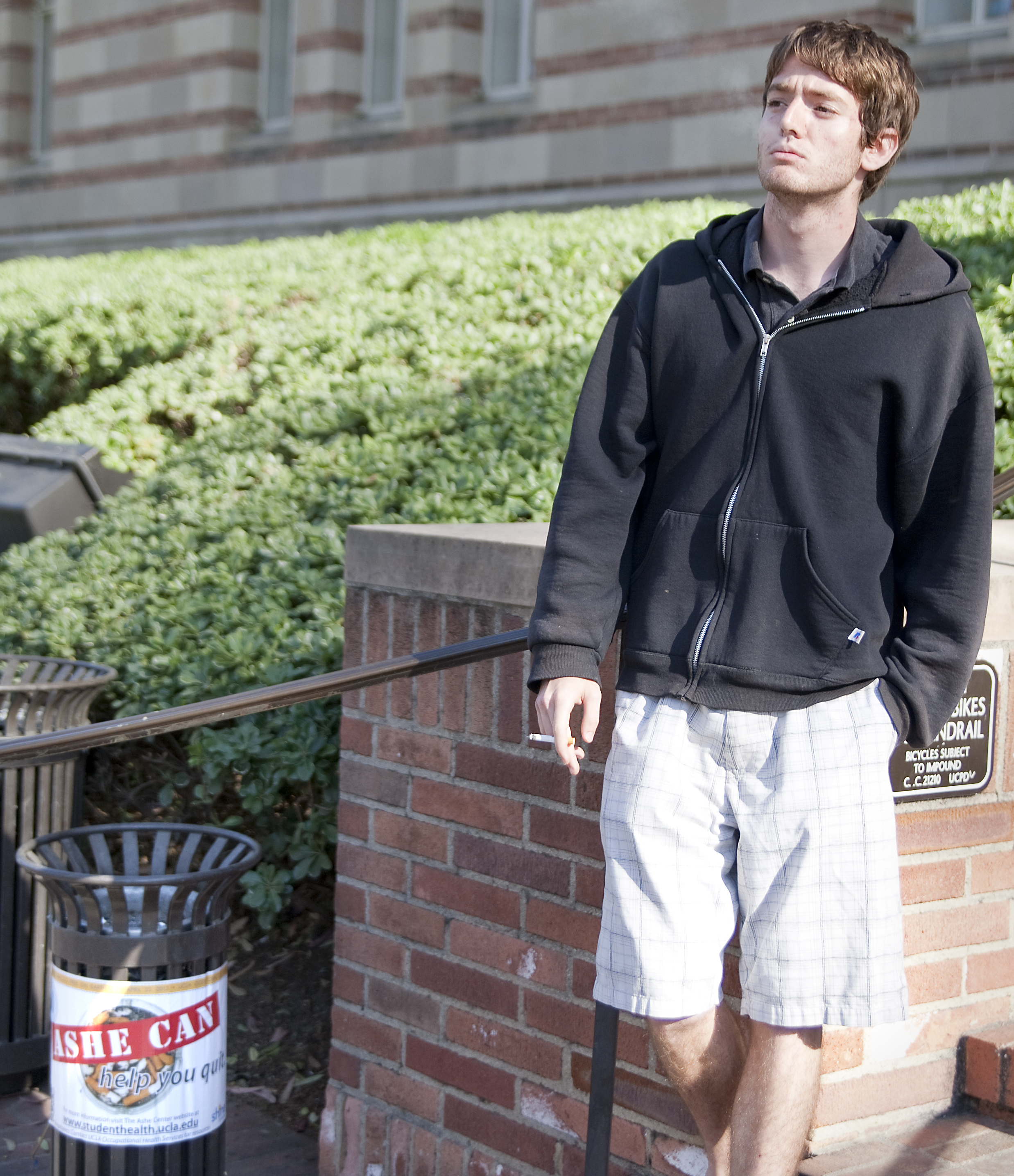 This story is part of the Daily Bruin’s ongoing coverage of UCLA’s tobacco ban, which is set to go into effect today.

Lindsee Bawahab does not plan to quit smoking anytime soon.

Even though a new tobacco-free policy ban will go in effect on campus today, Bawahab said she still plans to go through half a pack every day, maybe even a pack a day during midterms and finals season.

And because of the educational nature of the ban, she technically does not have to stop smoking on campus.

“I’m still going to smoke on campus,” said Bawahab, a fourth-year anthropology student. “But in secluded places to not bother anybody.”

The policy, which aims to educate people about the effects of tobacco, bans the use of tobacco through the use of pipes, water-based pipes, electronic cigarettes and cigars.

Because the ban is educational, people who violate the policy will not receive citations, said Linda Sarna, chair of the Tobacco-Free Steering Committee and professor of nursing.

Punishing people is not the aim of the policy – the primary goal is to ensure everyone is aware of the policy and the resources, she said.

Students who keep using tobacco on campus after repeatedly being told to stop would technically be violating school policy and the student code of conduct, Sarna said. She added that students could receive a warning, which means that the dean will give the student a notice stating the student’s behavior may have violated university policy or regulations. If the behavior is repeated, the student may be subject to further discipline, according to the UCLA student code of conduct.

Faculty and staff could be written up by their superiors for using tobacco on campus.

However, it is unlikely they would be fired for the violations, said Timothy Fong, associate professor of psychiatry and member of the Tobacco-Free Steering Committee.

Starting today, people can pick up informational cards in 3125 Murphy Hall and pass them out to people on campus who they see using tobacco. Sarna said she hopes that group pressure to not use tobacco on campus will help to enforce the policy.

Peter Haffner, a graduate student studying world arts and cultures who was smoking outside the Charles E. Young Research Library Friday afternoon, said he does not think educational enforcement of the tobacco-free policy will be effective.

Haffner said that he intends to quit smoking and that since the school is offering resources for students to quit the resources, it may aid him in his journey.

Sheida Karami, a first-year undeclared student and non-smoker, said she would not use the informational cards to give to smokers on campus. “I wouldn’t want to push my non-smoking beliefs on anyone.” Karami said.

She said she agrees with the ban. “I think it’s good I don’t have to walk into people’s smoke. It’s kind of inconvenient.” Karami said.

The University of California San Francisco has been tobacco-free since it removed its two designated smoking areas in 2008. Enforcement of the ban is still a work in progress, according to the UCSF website.

The UCLA Health System went smoke-free in 2011. Fong said he has seen fewer people smoking around the UCLA hospital and that some staff in the medical hospital have quit smoking after the ban was implemented.

Fong likened the UCLA campus to a home with rules people must follow to show respect for other members of the community.

“(UCLA) is our house. This our rule. You have to respect that,” Fong said.