Alumna documents trials of marriage in film for thesis 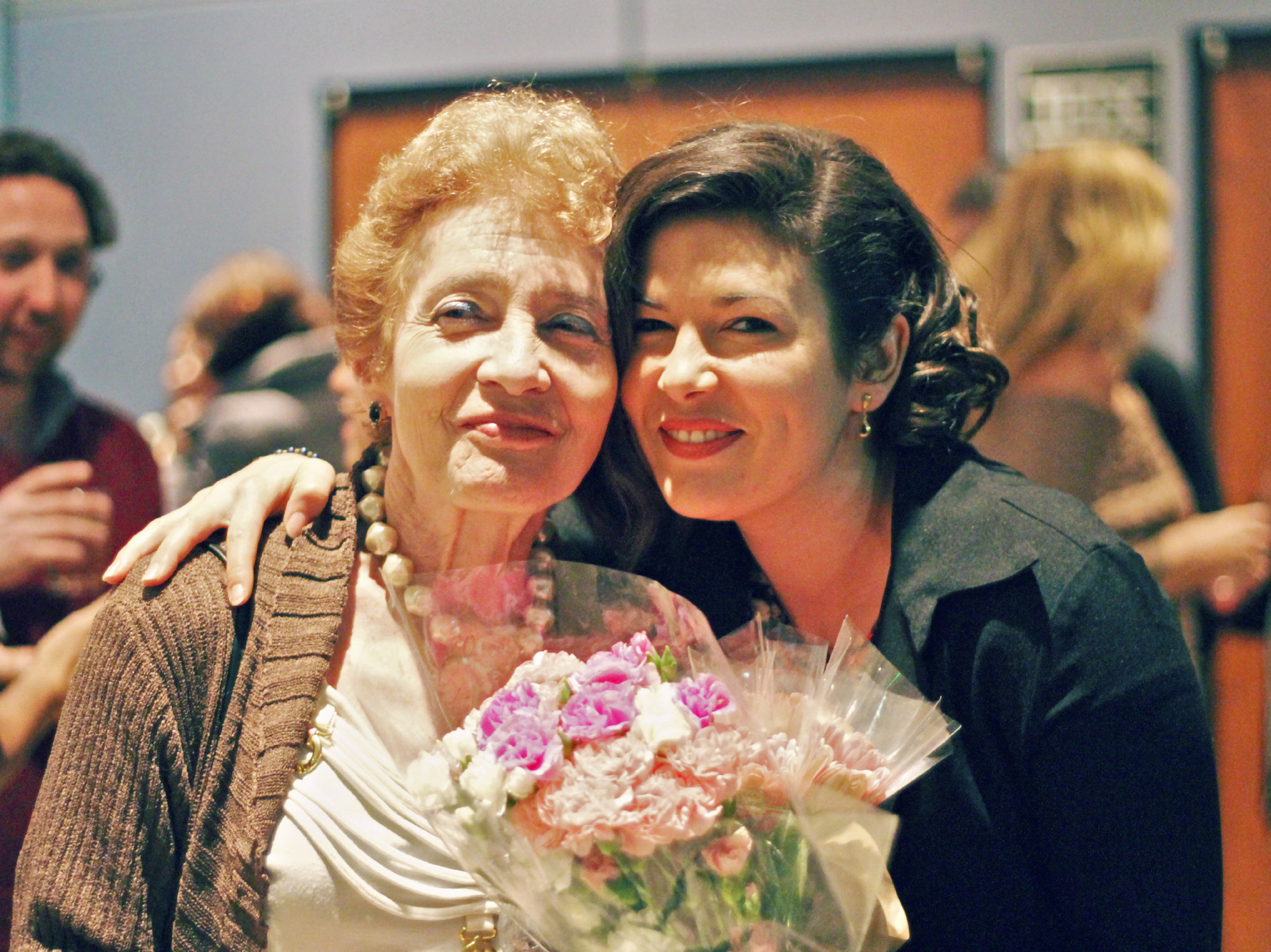 This article has been updated. See the bottom of the article for additional information.

Esther Julie-Anne comes from a rich genetic heritage of both French and Native American descent. Now happily married, living in the United States, she retains a high appreciation for both her foreign and localized family roots. Her family’s legacy for marriage, however, remains another story.

A 2012 graduate of the UCLA School of Theater, Film and Television, Julie-Anne recently had the opportunity to premiere her thesis documentary, “Out of Love,” at the James Bridges Theater. A story of the hope in bringing one’s family together through love, as well as of the separation love sometimes causes, “Out of Love” documents the four previous divorces, and eventual fifth, of Julie-Anne’s father.

Shot over the course of nearly four years, Julie-Anne set out to grasp the reasons behind her father’s inability to have a sustained marriage. Along her troubling journey, however, she additionally finds she has the intent of learning how to form her own successful marriage. She was guided through the project with the help of her now-husband Battiste Fenwick, a fellow aspiring filmmaker she met at UC Berkeley.

“It’s initially about a daughter trying to understand her father, but turns into so much more than that, and to be able to put it in 70 minutes is outstanding,” Fenwick said. “It felt like this huge wave we could never control.”

Even at a young age, Julie-Anne was an evident risk taker. Born in France, she moved to America at 16, a decision that would later inspire her younger sister Sarah Lee to do the same. Julie-Anne would gain a love for the images and photography of art history, eventually finding her niche in documentary filmmaking.

“Right before I got into Berkeley … (a friend and I) decided to make a documentary about what it means to be American,” Julie-Anne said. “So we took a road trip and my friend gave me a camera and said, ‘You interview the person!’ And I said, ‘I don’t even know how to use a camera,’ and she said, ‘Just do it!’”

At UCLA, inspiration came in a package of family footage from her grandfather. Julie-Anne said she saw enough importance in the relationship between herself and her father to focus on it as the subject of her graduate thesis project, to the nervous excitement of many of her loved ones.

“Mom said, ‘You’re like an archaeologist. Be careful about what bones you uncover,’” Lee said. “But I’m glad that I could help (my sister) through the film. … I was willing to come out of my element to support her making this documentary.”

Julie-Anne’s piece depicts several personal moments and details about her parents’ history. Home videos of her grandparents and extended takes of her parents’ wedding chapel give a view into the happiness of the past.

Other moments prove more clouded. In the scope of the documentary, her father divorces his fifth wife and marries his sixth. Julie-Anne and company found this a great difficulty during the film’s production.

“The scene where I ended up filming her father’s sixth wedding … I was extremely uncomfortable,” Fenwick said. “Esther’s need for the film seeped into me and I just did as I was told.”

“What I didn’t anticipate was my father really closing up,” Julie-Anne said. “Where he really put his foot down, it was like, ‘I’ll disown you.’ … So I said, ‘You know what, film is not important.’ … That’s when I stopped, put it on the side for a while.”

In time, however, Julie-Anne found structure and reason to complete the film despite her father’s reluctance. Mentor Becky Smith, a film professor at UCLA, noted the originality in Julie-Anne’s filming style and the story’s value upon her journey as a filmmaker.

“I think that this film and even coming to the U.S. has been a search for her identity,” Smith said. “I think she has a foot in each culture, and making the film is a way to explore her father’s life and her father’s values. A lot of people … are torn between those cultures.”

Julie-Anne and Fenwick have held back plans to submit their work to festivals, waiting for the right time to show it to her father, hoping he will approve of their more personally oriented direction. The final product, concluding chronologically with their own marriage, reflects back on Julie-Anne’s filming discoveries and life with a greater comprehension of both her past and future.

“I had to dig up the past in order to have this marriage and have peace, and not make the same mistakes my father made,” Julie-Anne said. “I took a leap in my own life and decided, ‘Even if I fear that I could get divorced, at least I went through the whole journey.’ And I came out OK.”