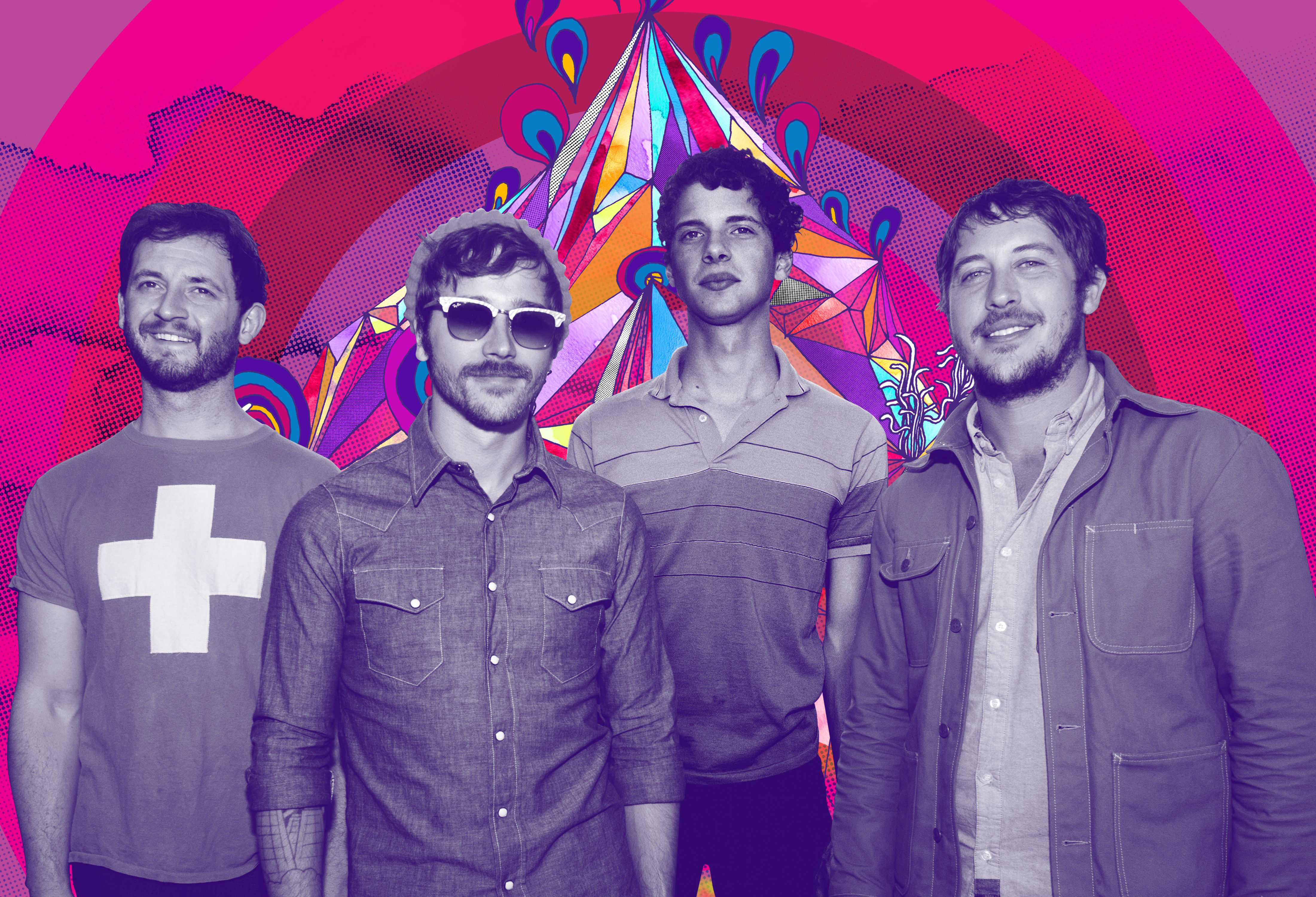 Courtesy of Don Vancleave
The Student Committee for the Arts at UCLA’s 50th Anniversary concert will feature band Portugal. The Man. There will be additional performances by members of the UCLA Philharmonia.

Back in September of 2011, the band Portugal. The Man, still exhausted from flying all day to California, rushed onto the set of TBS’ “Conan” to make its late night television debut.

Bassist Zach Carothers recalled glancing over at Conan O’Brien, who received him warmly with a thumbs-up and a hard-hitting comment, “I like this song, man! Rock it!”

Carothers, overwhelmed by the surreal nature of it all, said he barely remembers what happened after the cameras started rolling.

On Wednesday, in celebration of the Student Committee for the Arts at UCLA’s 50th Anniversary, Portugal. The Man will collaborate with members of the UCLA Philharmonia in an exclusive show.

Previous performers of this spring concert series include Edward Sharpe and the Magnetic Zeros, Janelle MonÃ¡e and Thao with the Get Down Stay Down. The radio station KCRW will co-sponsor the event.

The band’s musical style has been classified as any style from psychedelic to experimental indie rock.

Originally from Wasilla, Ala. and currently based in Portland, Ore., the band released its latest album, “In the Mountain in the Cloud,” in July 2011. Now backed by a new label, Atlantic Records, Portugal. The Man is touring internationally and has recently opened for bands such as the Black Keys.

Kate Stimac, a fourth-year political science student and co-director of the Student Committee for the Arts , said Portugal. The Man was very open to the idea of performing with UCLA students, which has never been done before in the SCA concert series.

“We have always used student openers for our shows in the past, but this year the collaboration reached a whole new level. Since this show marks the 50th anniversary of the committee being founded, we wanted this to be an event based all around student performance and collaboration,” Stimac said.

Carothers said the band is excited for the show at Royce Hall.

“We’ve never played with more than one or two stringed instruments before. On “˜Conan,’ we actually had a cellist and violinist join us, but we’ve never done anything like this.

“I’m all about music collaboration, so I’m really excited to see what kind of arrangements they come up with,” Carothers said.

Though the band has recently parted ways with two members, Carothers said the remaining bandmates are successfully working through these recent changes.

“We’re all still really good friends, and we have the best replacements we could ever ask for. It’s fun having new members; it brings a new light to the band, especially when it comes to new takes on older songs. We love to change things up,” Carothers said.

Support for the show will be provided by UCLA alumni and L.A. buzz-band HAIM and The Ten Thousand, a current UCLA band that recently performed at this year’s Spring Sing.

Back when the members of HAIM were still students, they also had the opportunity to open for Edward Sharpe and the Magnetic Zeros when SCA brought them to UCLA.

Kevin Moultrie, lead singer of The Ten Thousand and an UCLA alumnus, said he feels incredibly lucky to have the opportunity to open for such an established band.

“It’s one thing to get to play Spring Sing at UCLA, but to get to play with bands this big is amazing. I can’t believe it’s actually happening,” Moultrie said.

Moultrie, a self-described firm believer in putting on an entertaining show, also said he tries to interact with his live audience as much as possible.

“People come out to shows to have a good time, and we want them to enjoy themselves. The more energy you give to the crowd, the more they’ll give you back,” Moultrie said.