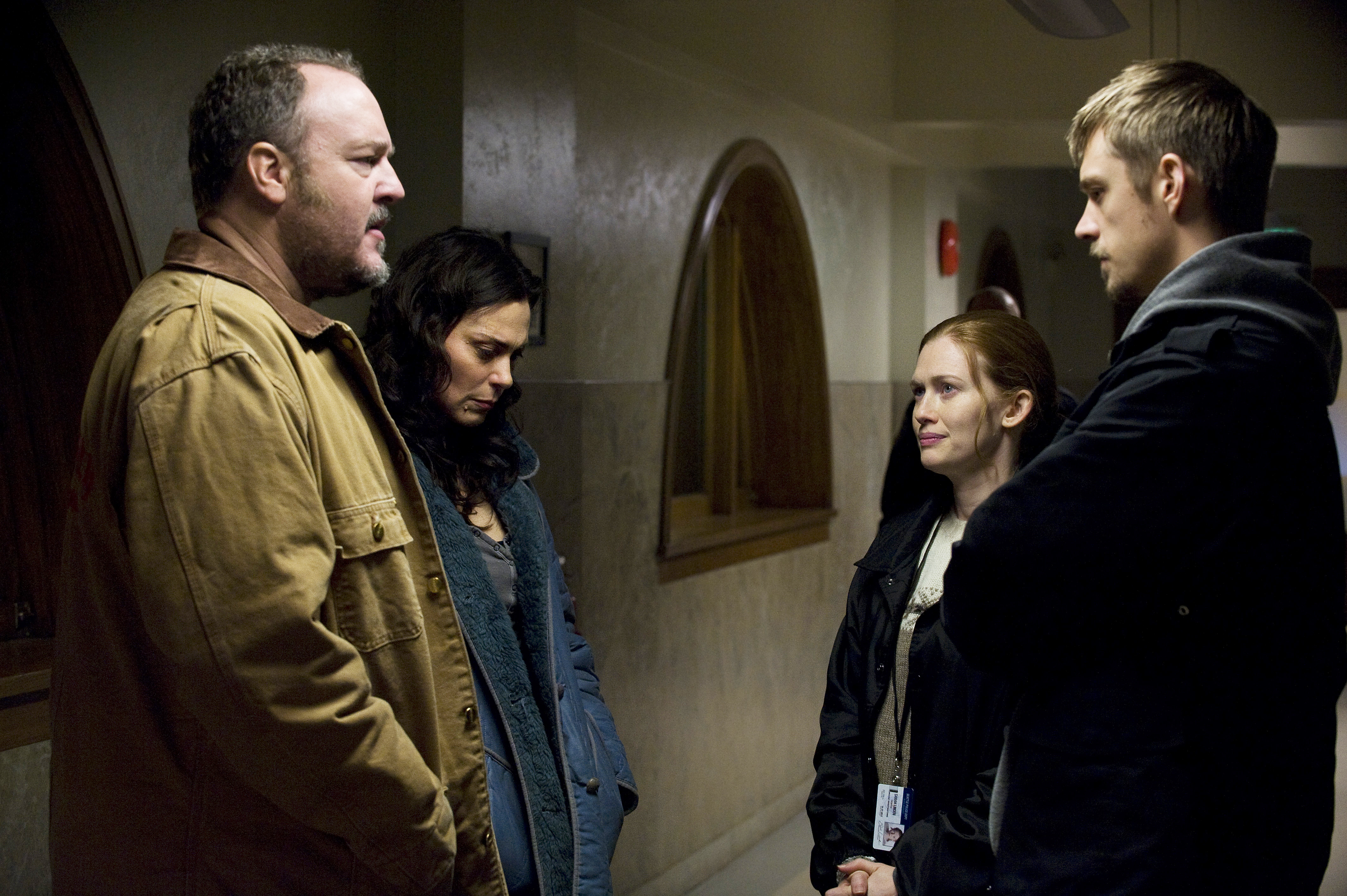 The pilot of AMC’s original series “The Killing” was the second-most popular debut in the network’s history. The show follows a pair of Seattle-based detectives on their season-long search for the murderer of a 17-year-old girl.

The cable channel AMC has what casual baseball fans like to refer to as a “good batting average.” Since taking a chance on a little show called “Mad Men,” the network has given birth to five original dramas. For any of these shows, the consensus from TV reviewers has usually been a thumbs-up, sometimes tentative, but usually emphatic.

Earlier this month, “The Killing” debuted to viewer numbers higher than any non-zombie-related show in the network’s history.

Based on a Danish miniseries and set in present-day Seattle, the show follows a pair of detectives on their season-long search for the murderer of a 17-year-old girl.

The investigation stretches through a number of genre offshoots: examination of a grieving family, window into political maneuvering, classroom-based drama and finger-pointing.

But, at its core, “The Killing” focuses on the lead detective, Sarah Linden, and her quest to reconcile the unsolved case with the prospects of a new, non-police existence in Sonoma.

In a time of the year when many showrunners wring their hands, wondering how to ensure that their programs earn renewal, it’s amazing to see how one network has become largely immune.

The channel’s one relative misstep was last year’s “Rubicon,” the first in its wave of home-grown shows to be canceled prematurely. A number of tiny problems stacked up, stemming from the departure of the show’s creator and resulting in a conspiracy thriller that was grabbing at straws more than it was grabbing at fans.

But by all accounts, AMC’s output seems to be unfazed by the “Rubicon” hiccup. “The Killing” is a continuation of the precedent that AMC has quickly established for itself. It’s a philosophy that goes beyond churning out awards bait. It trusts the creators of the material and invests in its quality, believing that audiences will buy into an established brand.

The common practice among AMC dramas is taking an existing fascination in American culture and elevating it to an intellectual level that all kinds of viewers can enjoy as well as appreciate.

Just as “The Walking Dead” has subverted a tired zombie-pocalypse genre and “Breaking Bad” has thrown a wrench into how we view drug-related issues, “The Killing” has taken a more patient approach to the classic whodunit.
Yes, AMC has more freedom because of its spot on the channel listing and the fact that its original programming is reserved for one night a week. But in the face of the Sunday slate put forth by HBO, cable’s former king of drama, AMC has done well.

Ratings for “The Killing” held strong last week despite the premiere of HBO’s heavily publicized “Game of Thrones.” If the second season of HBO’s other Sunday night drama, “Treme,” doesn’t do anything to dent viewership for “The Killing,” given the two shows will occupy the same time slot, it will be another success story for AMC.

This branding approach to cable programming is the reason most chatter about shows on the cancelation bubble is reserved for broadcast networks.

NBC has tried an across-the-board approach with its Thursday-night comedy lineup. Largely, the block of “The Office,” “Community” and “Parks and Recreation” has been able to work in a “If I like one, I’m probably going to like the others” format. Renewals for each show were even announced at the same time in March.

But for a network spread so thin during the rest of the week, it’s hard to have the singular, meticulous focus that’s so evident in shows like “Breaking Bad” or “Mad Men.”

Plus, with NBC’s new content like “Outsourced” and the mercifully axed “The Paul Reiser Show,” it’s hard to attribute the multi-layered examination of pressing cultural issues to “Comedy Night Done Right.”

Even though online gimmicks don’t seem to fit into the network’s approach to its shows, AMC is taking advantage of the premise of “The Killing,” encouraging viewers to visit the show’s website and cast votes for the likeliest suspect.

Creating buzz online is not a novel concept, and it’s been employed many times in the past by lesser shows. The thing is, even if AMC’s blog was left blank, people would still be clamoring to see what its latest drama had in store.

If you periodically go to YouTube just to listen to the “Rubicon” theme music, email Greene at [email protected]