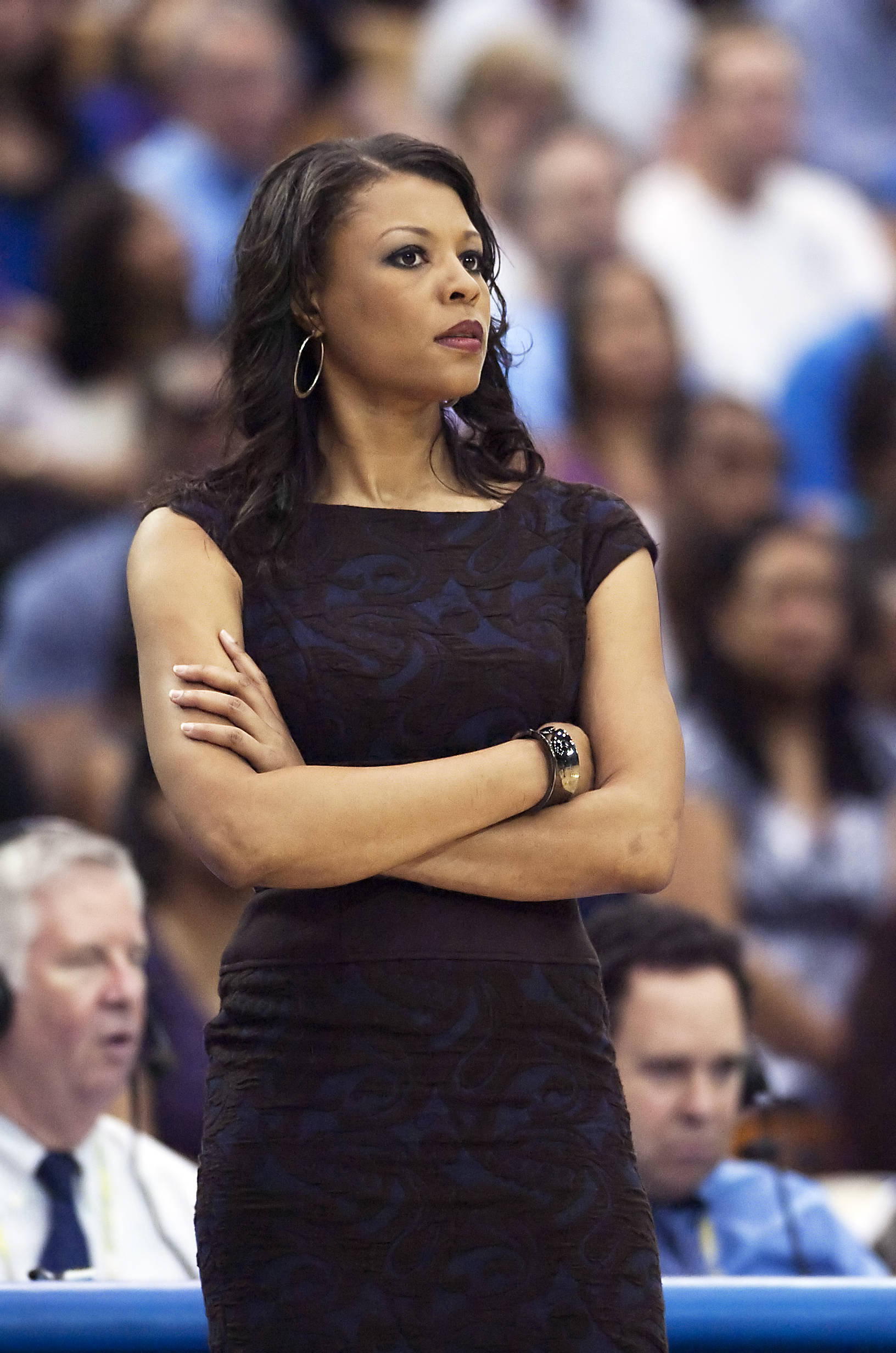 Nikki Caldwell, UCLA’s women’s basketball coach for three years, will be introduced as the new coach at LSU today.

Three years ago, the UCLA women’s basketball team was in a state of disarray. The Bruins were barely above .500 that season, which all but forced the resignation of coach Kathy Olivier.

Within a span of three weeks, a bright young coach with a Knoxville pedigree pledged to lead the women’s program back to prominence, and she held true to her word.

Now, after three years as UCLA’s coach, Nikki Caldwell has been named the head coach at Louisiana State. The Tennessee alumna will be formally introduced today.

While the Bruins fell to No. 11-seeded Gonzaga in the second round of the NCAA Tournament this year, Caldwell had already directed an aggressive Bruin team to a program-best No. 3 seed.

“This team has been an example of what hard work and perseverance represent,” Caldwell said in a statement on Saturday.

“Although I was brought in here to teach them, I have been able to learn so much from them. I only wish for the best for this program and this institution, and I am truly grateful to have been given the opportunity to coach here.”

Caldwell turned a mediocre Bruin team into a top-10 force. She turned heads by guiding the Bruins to a school-record 26 regular-season wins, setting a school record with 16 conference victories and scoring defense (55.3 ppg).

“UCLA is a special place in so many ways. I will forever be indebted for the opportunities that UCLA has afforded me,” Caldwell said.

Meanwhile, the UCLA administration now has to scramble to find just its sixth coach in program history.

“We certainly wish Nikki all the best in the future,” athletic director Dan Guerrero said in a statement. “We will begin a national search for the coach that will continue to build our program immediately.”